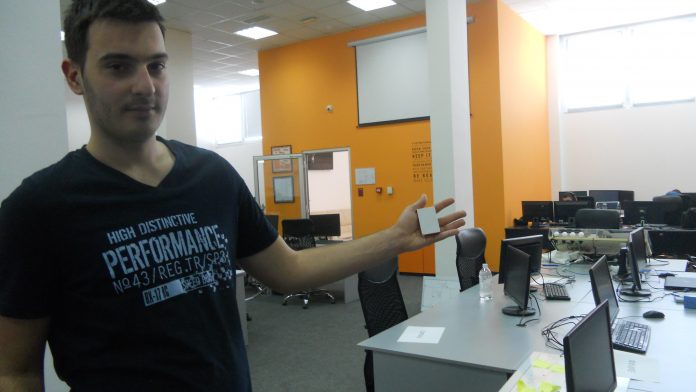 Twenty-year-olds from Mostar, gathered around the business park SPARK, dedicate their knowledge, skills, and free time to offer different technical solutions for domestic and foreign markets.

According to the words of Nikola Raič, project manager in Pimatico, a startup company in the business park SPARK; Pimatico is designed to help electricians and automation companies in the implementation of their mini-projects that include general-purpose automation. Pimatico is, professionally speaking, PLC, which produce large companies, like Siemens. It is also the first product of its kind that will be created in Bosnia and Herzegovina. 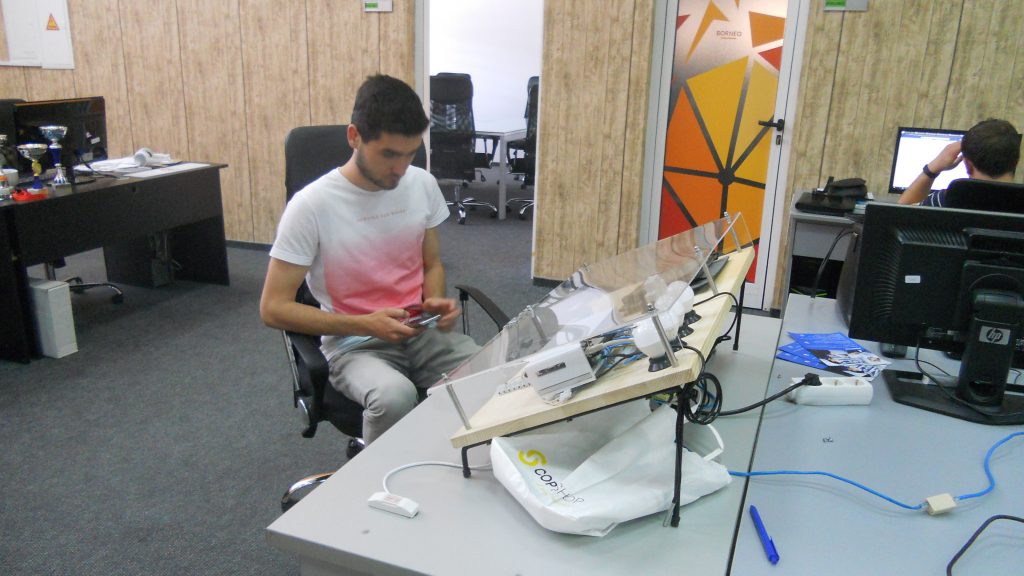 Pimatico offers a wide range of applications such as alarm management, irrigation or lighting in combination with time or sensor readings, access control and records of guests, the smart hotel rooms, projects for savings of electricity for industry and households, parking system and the various projects of signaling and automation.

We made it easier. We have designed a simple user interface for control and programming of the device. Usually, for programming of such devices specialized software and special education is needed. Such an approach to products like this is definitely a novelty in the market and we can not draw a parallel with existing solutions.

The final user receives a simple application, but does not receive all the options that electrician gets. Electrical installer does not have to go to the machine to program or reprogram it, but it can do it by phone – says 23-year-old Nikola.

This application, in certain cases, allows the user to manage any electrical device at home, office building or for example field. These devices do not have to be smart, because our PLC connects directly to the electrical installation of the device.

– This is a platform that provides secure remote electrical signaling – adds Nikola.

They started the project eight months ago, and now they have a prototype. We develop hardware in cooperation with SPARK and it should be available at the market by the end of 2017 – underlines Nikola.

We do not have final price yet, but the goal is to be cheaper than the current PLCs, even four times cheaper, with some extras offered by our software and that should help us to stand out in the market. 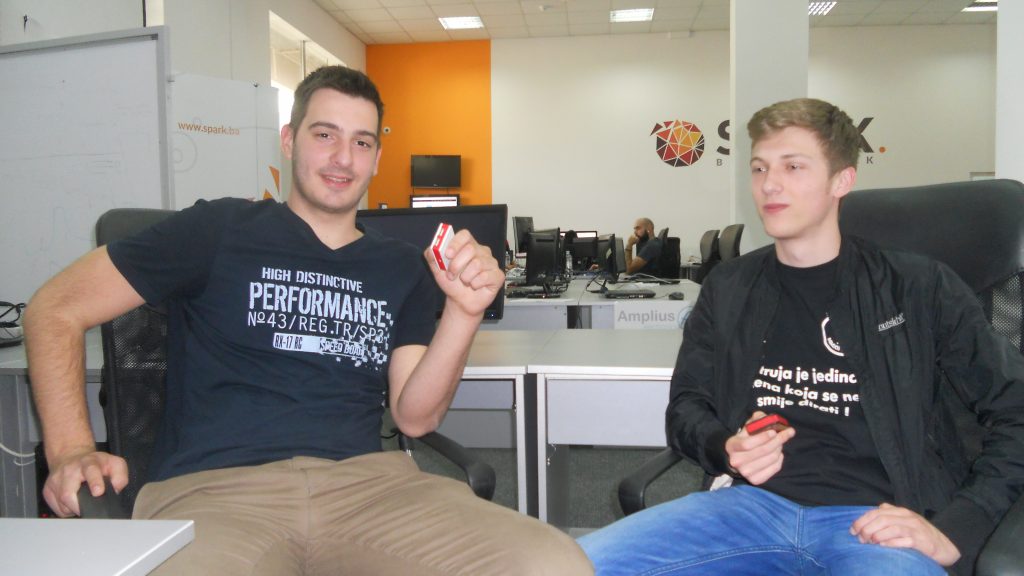 However, that is not all. Young men gathered in Amplius Electronics Mostar, a startup company, also within the business park SPARK, developed a smart pendant for smartphones and tablets.

Luka Vučina, founder of the aforementioned startup, says that the smart pendant is actually an external battery – power bank, which can charge the battery of a smartphone, and in it, there is also additional memory for storing data from a mobile device in case of lack of free space on your smartphone.

In addition, this pendant has an NFC tag that can be used as a flashlight lamp for illumination. Using the app, it will be possible to monitor the status of the battery and memory, as well as to manage other options of super pendant.

– Dimensions of the pendant are miniature; it is not robust as the classic Power Bank – highlights nineteen-year-old Luka.

Another extra option of a pendant is that it offers memory to transfer data, photos and even demanding shots in 4K resolution.

– You can attach a pendant over applications in order to make it directly go to the pendant to bypass the phone’s internal memory. There is also the aspect of NFC, we offer it to the companies to program it – says Luka.

The idea came during high school days, realizing that everything in connection with smartphones is big and impractical, which is why they want to develop and offer the market something different.

This project applies information technology, but also has a hardware component, as well as production and export, and because of that, this young team of professionals awaits success in this field, both domestically and on the international market, because they have to plan breakthrough and export smart pendants to the US market.

– We already have some sales channels to reach strong suppliers from the US and the developed countries of Europe. For our market the price is high, but sometimes we may launch a cheaper version for the Balkans – says Luka confidently.

Most definitely, something similar does not exist here, says Luka, in a global level there are such products; however, each product is different in little thing. Currently they are preparing for Indgogo campaign, platform for money collecting. To start production, they need $ 40,000. More than one year of work is behind them and finish line is close, and if the campaign is successful, they will run production and establish the company.

Softhouse Balkans – IT Company from Sarajevo: Satisfied employees are a...