When he was less than 13, in the competition to 17 years, he became the youngest European champion in billiards. He is a multiple champion of Bosnia and Herzegovina and four-time champion of Europe, and he is only at the beginning of his career. He is a serious competitor for all players. We are talking about Sanjin Pehlivanović from Sarajevo, a fifteen year old, whose art and style are writing history of billiard scene in Bosnia and Herzegovina.

It all started in 2009, when, according to his father Senad and his friends’ words, they used to “flee from their wives” in the evening in order to play billiards. On one occasion, they took him with them. 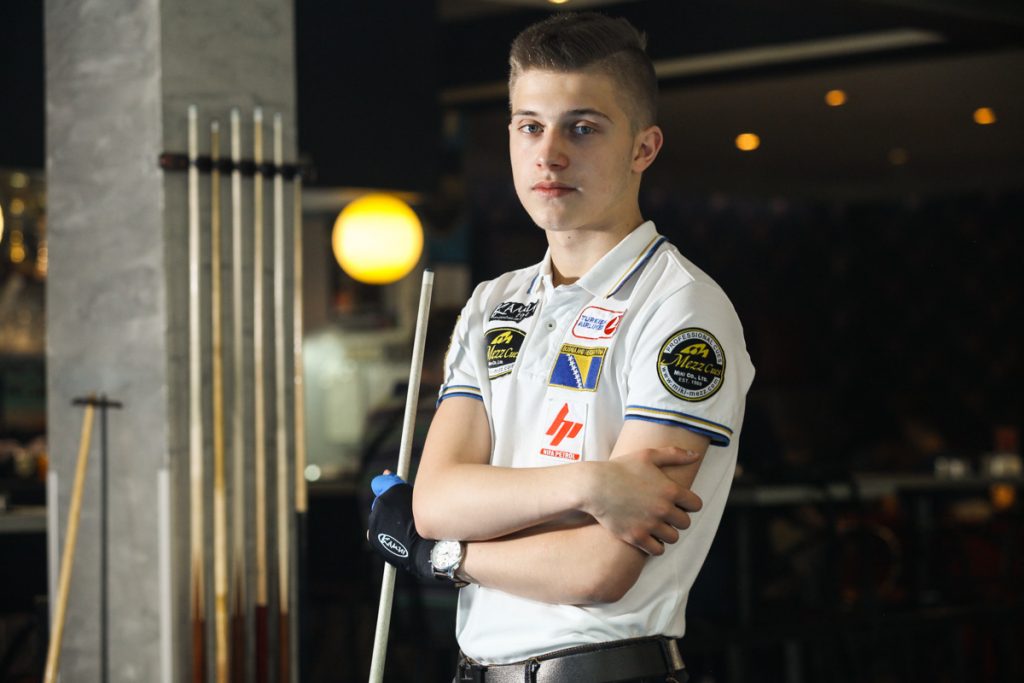 – I always say that it was a decisive moment for me to start playing billiards. Then, the club ‘Predator’ has been opened and tournaments begun. After the European Championships in Sarajevo in 2013 I started to play seriously – says Sanjin.

While his peers enjoy free weekends, vacations and time after school, Sanjin uses that time for training and development of skills. Father Senad is also his coach, motivator who does not let him back down. However, although so far he won many tournaments, medals, went halfway around the world, still there is a lot of sacrifice …

He is the first grade of grammar school, majoring sports. Due to his numerous commitments, trainings, and competitions he attends school part-time.

– At the end of primary school his manager Ramiz Turulja and I sat with Sanjin and offered him two options – to go to school, college, and to make billiards his casual hobby or to put billiards in a first place. Given the fact that competition are numerous, almost every weekend, you move around a lot and missing school, we explained to him that this is the same as if he was working eight hours a day. It is the same thing, because the path to the medal requires a lot of sacrifices – explains Senad.

He says they train every day, because without order, work, and discipline there are no results. 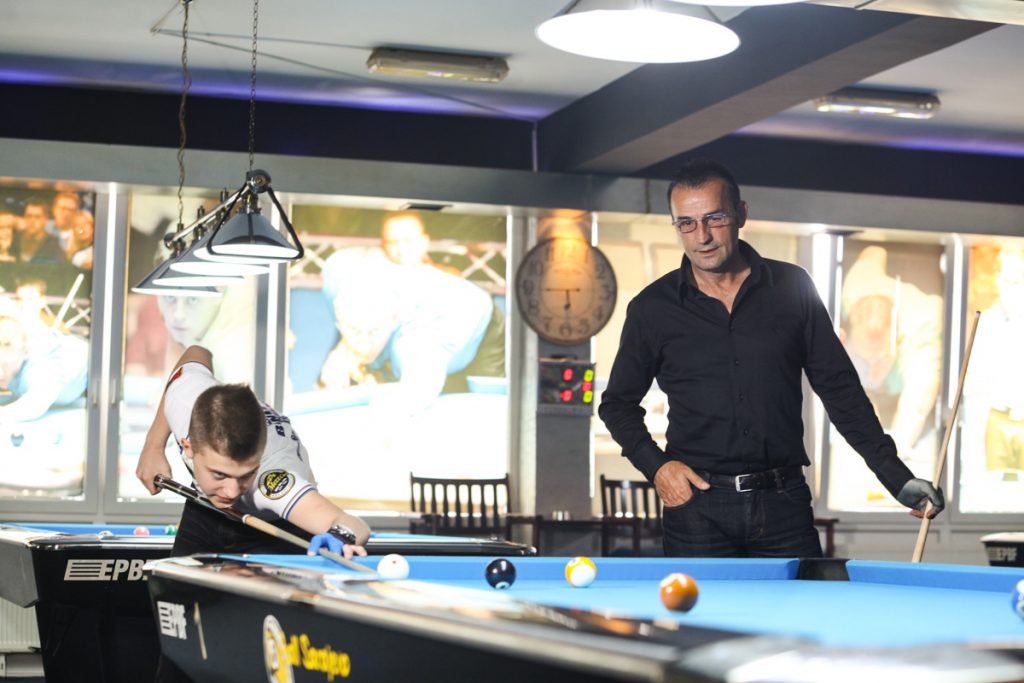 – Training begins in the morning, between 9-10, and lasts until we are done. We do some exercises in order to warm up. Then the game starts. I play with a sparing-partner who is close to my level. I’m constantly watching some new exercises on YouTube channel, usually those more difficult, because then training becomes a lot more interesting – says Sanjin.

HE DEFEATED HIS IDOL

Father and son told us that in every competitions anecdotes are inevitable, and one of those happened with Sanjin’s former idol, Ralf Souquet.

– Sanjin’s idol used to be one of the greatest living players in the world – Ralf Souquet from Germany, who even came to Sarajevo when we organized Sarajevo Open Tour, where they met. Back then, it was a great honor for him to meet his idol. Given that I am a coach, I always cite Ralph, to my students and pupils, as the best textbook example of a professional player and how a player needs to behave in every sense. Last year in Tirana on Euro Tour, Sanjin had a match with Souquet, where he defeated his idol. At a certain point, result was 7: 2, and Sanjin had a clear position and had seven, eight and nine left on the board. In some of our ratios it is approximately 100 per cent chance that he will finish successfully. At one point, Sanjin thought: “Is it possible I will defeat such a player“, and because of the fear and excitement, he missed a clean seven. At the he closed with a result 9: 5 and won in any case – recalls Senad, adding that one slowly loses idols, and new generations become role models to someone else.

A true ambassador of Bosnia and Herzegovina is currently in China where he will stay nearly a month. In China, he participates in four major tournaments.

– Chinese invented ‘Chinese figure eight’, something between snooker and billiards. This is one tournament, and after that, I play discipline 9 – from 1 to 9. The one who puts the ball number 9 in wins, then ten – ball number 10 is announced, and 8 – standard game with unicolor or colorful balls, but with changed rules. Number 8 must be announced, in order to emphasize in which hole it will go – says Sanjin Pehlivanović.