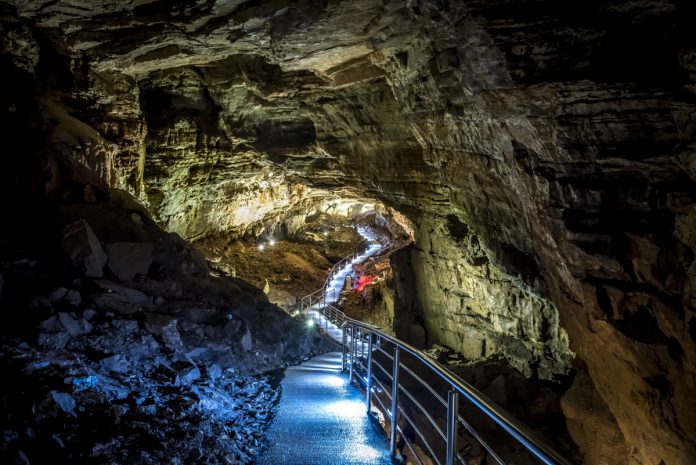 Bosnia and Herzegovina is rich in natural beauties, and besides beautiful mountains, lakes, rivers, waterfalls, forests there are numerous caves. In addition to hiding a diverse, mysterious flora and fauna, Bosnian and Herzegovinian caves are becoming baits for numerous tourists and adventurers.

Stalactites, stalagmites, meanders … are just some of the cave decorations that are enchanting with their beauty. If you are a passionate traveler and enjoy nature, we present you the most beautiful caves in Bosnia and Herzegovina that you can visit and have a phenomenal experience. 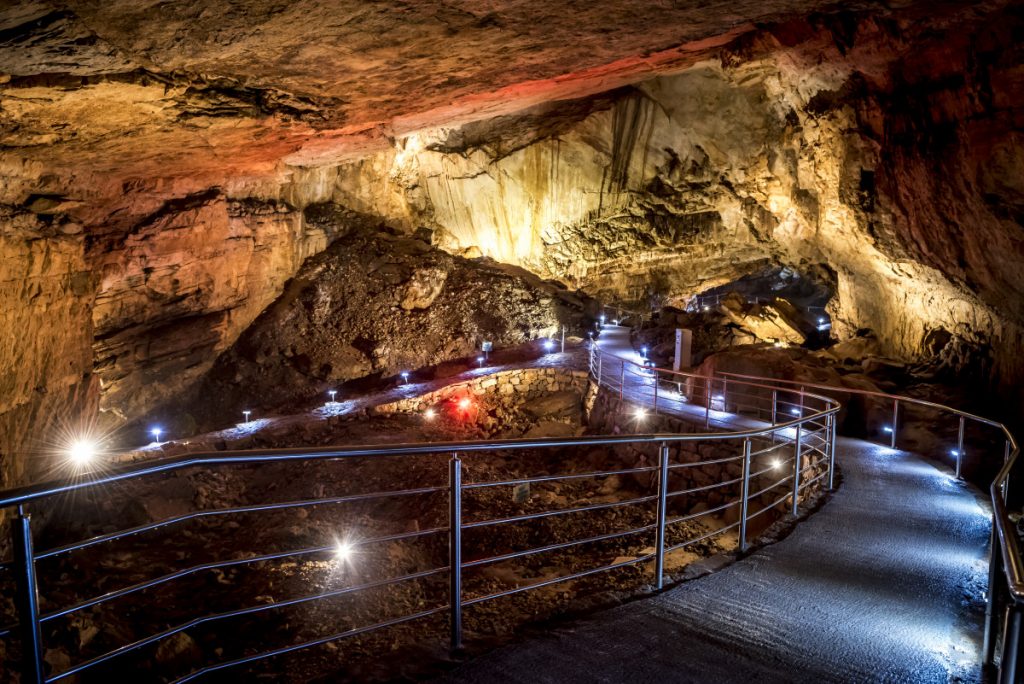 Vjetrenica is the largest and most famous cave in Bosnia and Herzegovina, a protected natural monument and a tourist destination in the southeastern part of Herzegovina. It is located 300 meters east of Zavala, on the western edge of Popovo polje, in the municipality of Ravno, and 12 kilometers away from the town of Slano, on the coast of the Adriatic Sea, or 80 kilometers away from Mostar.

A total of 7,014 meters of underground canals were discovered. The speleological features of this unique cave are magical beauty, spacious corridors and halls, numerous sights, and a rich hydrographic world with numerous lakes, several waterfalls, more permanent streams, and dozens of smaller periodic flows that run in different directions. Not to forget the appearance of a strong wind at the entrance, which in the summer period makes a natural climate. The internal air temperature is 11.4 and water 11.3 degrees Celsius. Bones and remains of bears and leopards were found there as well as drawings older than 10,000 years. 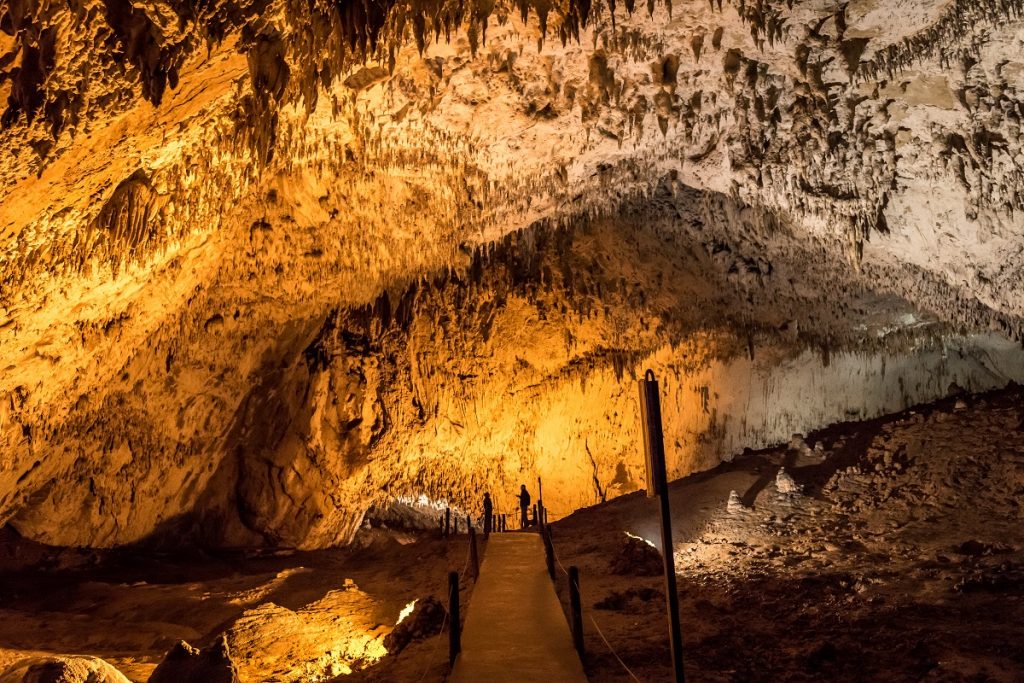 Bijambare is a law-protected area. It is located along the main road Sarajevo – Tuzla, along the edge of the Nišići Plateau. It extends to 370 hectares and covers dense coniferous forests, pastures, numerous karst phenomena such as sinkholes and sinks of two streams, and six caves.

When it comes to the animal world in the cave, it contains ten species of which the most numerous are bats and crickets whose habitations exist mostly in the dark, unoccupied parts of the caves, which come out of their habitats when a large number of visitors or loud children enter the cave. 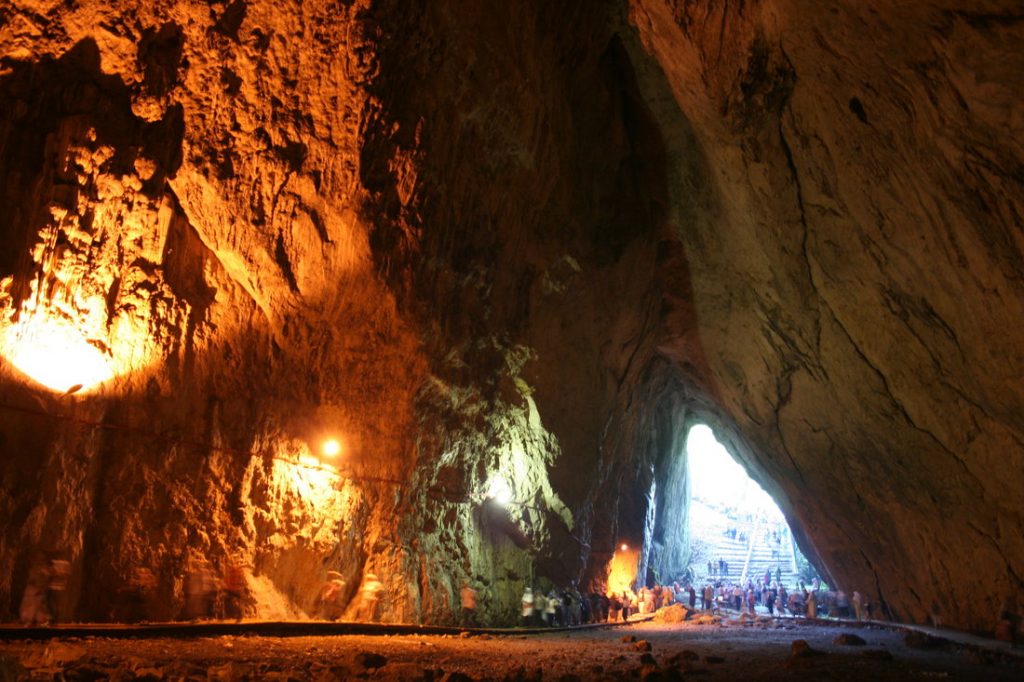 Djevojačka pećina (Maiden’s Cave) is located 12 kilometers from Kladanj, in the settlement Brateljevići. It represents one of the most interesting caves in Bosnia and Herzegovina, because a legend about a brave girl whose tomb is located on a hill at the end of the cave. The legend dates back to the Ottoman period from when it passed from generation to generation.

This cave is also known for having features from the ancient times, and it is presumed to be a Bogomil cult place. Drawings were found in the cave – riders on the horses, hunting scenes, deer, human figures, surfaces with dots. All these engravings and drawings point to the epoch of the earlier Stone Age – the Paleolithic, over 10,000 years old. 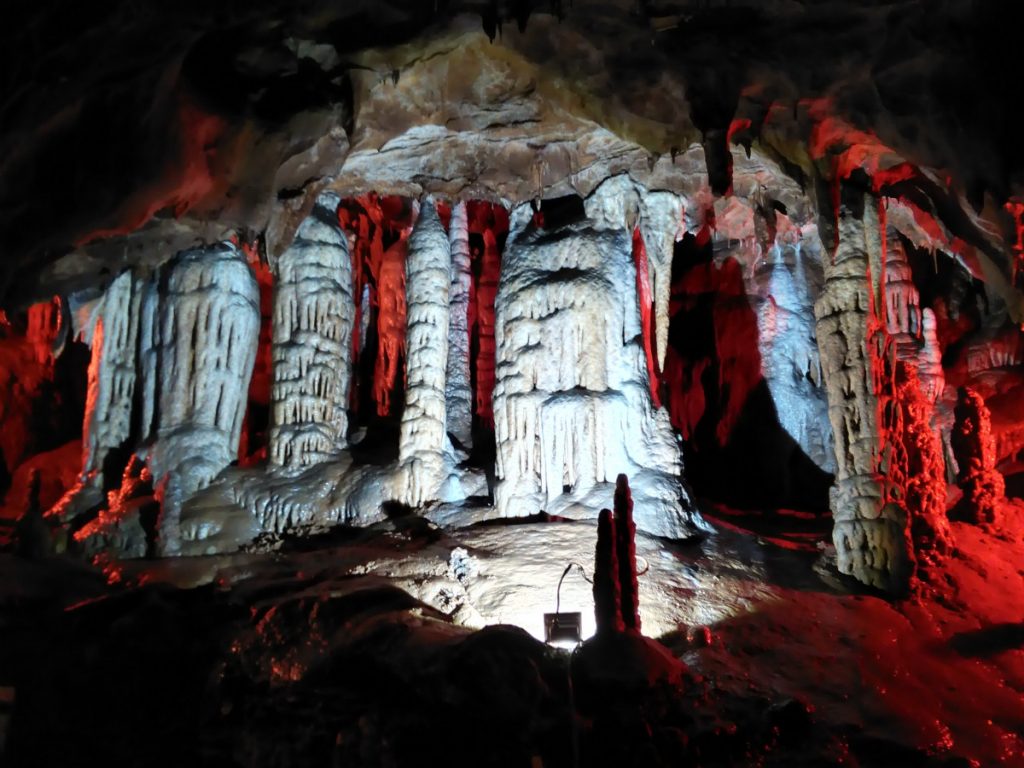 Cave Orlovača is one of the most beautiful caves on the territory of Bosnia and Herzegovina. Jewelry of Orlovača is unique. These are indescribable hidden beauties in which stalagmites, stalactites and halalites are replaced with fragments of coral and aragonite jewelry and unique cave pillars, which resemble ancient and Renaissance castles and monuments of different colors.

The total length of the cave canal is more than two and a half kilometers, and about 560 meters with concrete tracks and modern lighting is arranged for tourists. Orlovača is an extraordinary speleological facility, in which the Cave Bear used to live, a long ancestor of a brown bear, more than 16,000 years ago.

The cave is the habitat of the most endangered mammalian group in Europe – a blind mouse. In addition to the bones of bears, found at a distance of about 400 meters from the entrance to the cave, very interesting archaeological details were found as well, such as fragments of ceramics from the Mesolithic period, then Ammonites – inhabitants of the Mesozoic Sea, and axes old between 2,500 and 3,500 years. 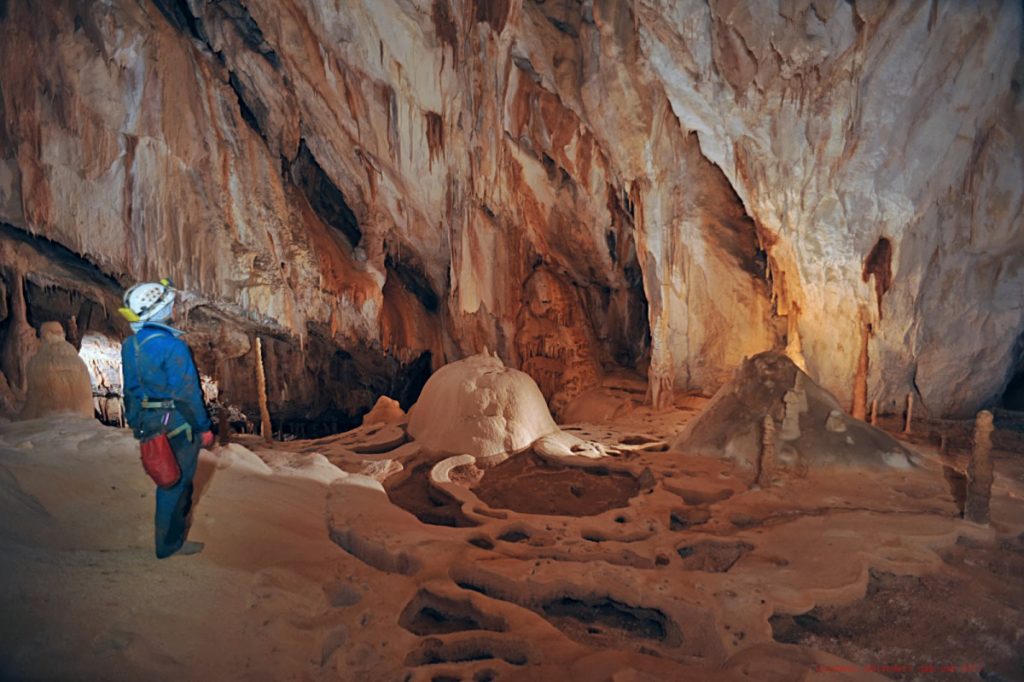 Cave Govještica or Dugovještica is located 21 kilometers from Rogatica. It is 9,682 meters long, as far se it has been explored for now, and the research process continues. In the interior of the cave there is a lake of up to 15 meters wide, several smaller lakes and a stream that descends before the lake.

Dugovještica is rich in cave jewelry, stalactites, stalagmites, draperies, crystals … Some speleologists claim that in the cave there are bones and skulls of the prehistoric bear, whose species died out 20,000 years ago from the period of mammoth and Ice Age. 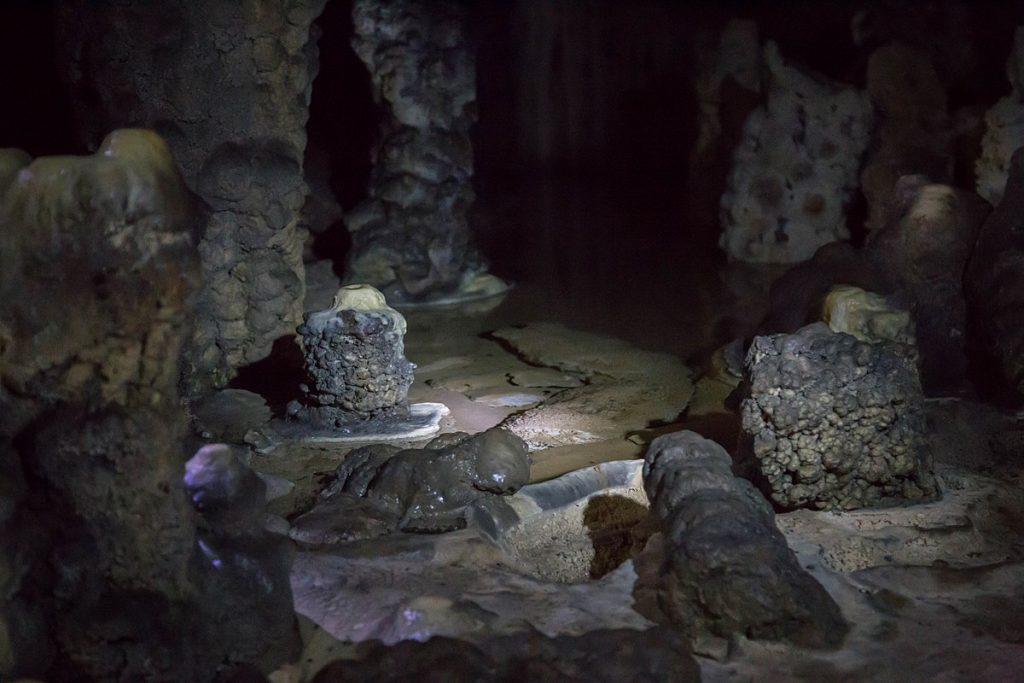 Luka’s Cave is located in Tajan Nature Park near Zavidovići. The remains of an extinct cave bear, over 15,000 years old, were found here. This cave is accessible even to amateurs.

It is known for her beauty and the number of cave decorations, as well as for her stalagmite that resembles mother and a child. Cave is inhabited by various types of insects, reptiles and spiders. Here you can find an endemic Bosnian lilly (Lilium Bosniacum), which for centuries was a symbol of the Bosnian state. A new animal species, called Tajanska pećinska mokrica, can only be found in Tajan. The family to which this species belongs is treated as very old and famous, precisely by a fair number of cave species that are mostly on the Balkan peninsula.