Edin Džemat is one of the best chefs in Sweden, and many international awards and recognitions testify to his qualities, including the fact that he was the captain of the culinary team of the Kingdom of Sweden. He cooked for Bill Gates, Elton John, the Swedish king and queen … 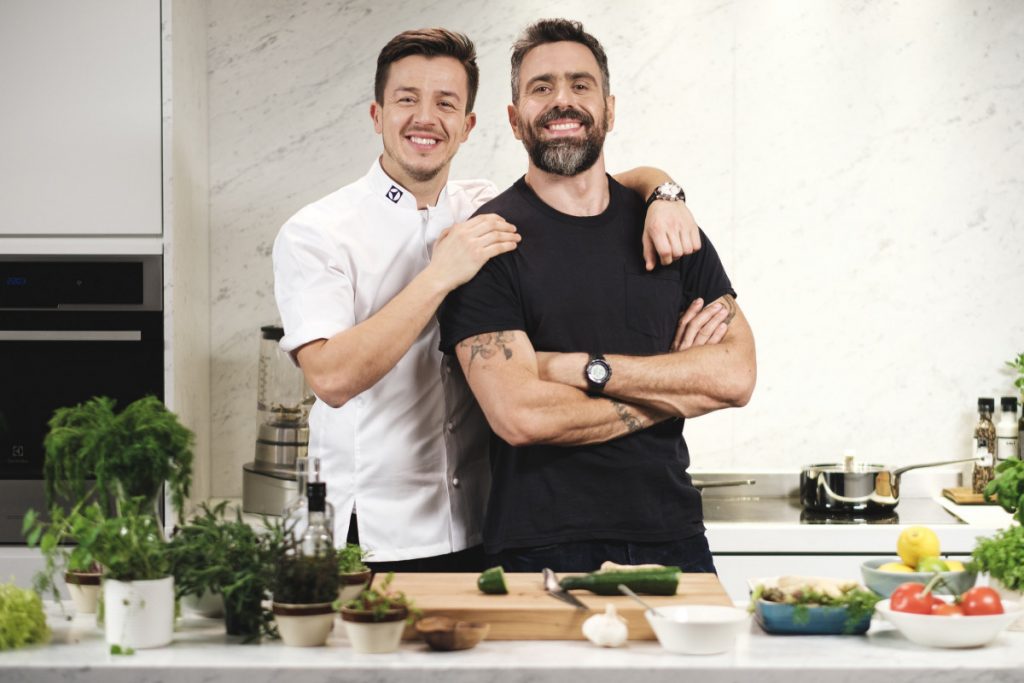 – Without Bosnia, there is nowhere to go, and as I am older, I am more and more drawn to my homeland. My family is here and I often come to Bosnia, certainly every other month, privately, or due to business. Bosnia and Herzegovina has the best street food in the world, I constantly emphasize it, which cannot be compared to any other, so ćevapi and pie bring me back to Bosnia. Bosnia is by far the strongest in the world, when it comes to the price and quality of food that is obtained. For some seven marks, you get a portion of a ćevapi, which are very good – says Edin at the beginning of the conversation.

When he came to Sarajevo, he visits the whole team of chefs, restaurants… He pointed out that ćevapi are the best in Travnik.

– Each of Sarajevo’s restaurants has its style and its story. I’m in good relations with all BH cooks. With Nermin Hodžić I have been a friend for many years. We often talk on the phone, hang out together – says this chef.

He stresses that strong will is needed for success culinary arts, as in every business. In order to become a top chef, one must be ready to spend a lot of time and effort in the job.

– It is necessary to secure some 300 to 400 hours of work a month to reach a higher level. I do not believe in talent because many people say they have talent. I believe in persistence and work, and a man must have a goal. As in every craft, in cuisine as well, this path of success is difficult. There is a lot of luck here, and it is important to work with good and quality people and cooks from which you can learn. You need to talk less and listen more – Džemat says.

From 2013 to 2015, he was the captain of the culinary team of the Kingdom of Sweden. Then this team won the second place in the world, from 50 participating countries. 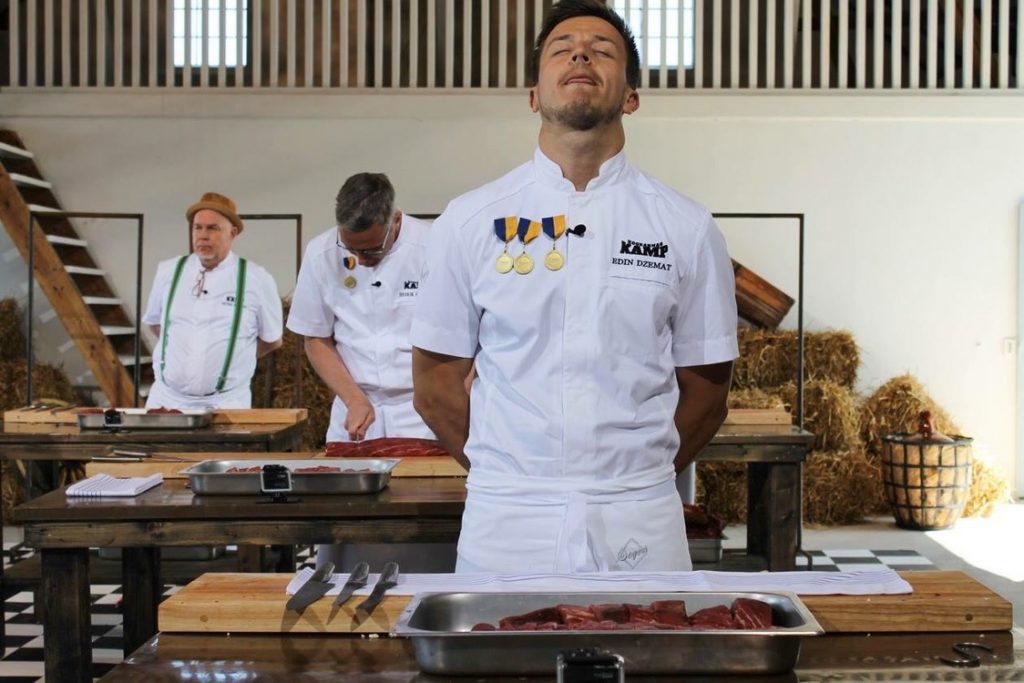 – It was a difficult task. We have been preparing for two years for the World Championship, and we lost from Singapore, who was the winner, for several points. Then I threw a medal in the river, but now regret that and I would love to have it. I was the first foreign captain of the Swedish national team, which was a great thing for me. As a child from Bosnia and Herzegovina, I was well received in the national team and I will always be grateful for it. It was a big challenge with a very good team. We have made a good result and this will always be in my memory – says this top chef.

He briefly described one of his usual working days.

– I get up at 6 o’clock and then go to work. I train five days a week. Upon arriving home, I check my mail, and I’m ready for work at about half past nine. I am currently engaged and I have a contract with Podravka for a new big project, which will be officially presented at the end of September. I also organize events for big chains of companies and hotels. I do everything, from advertising films, books, so my every working day is different – emphasizes Edin.

In the seventh grade of the primary school in Sweden, the teacher told him that he should be a chef, so he had already seriously considered that craft at that time.

– My mother Senija is a good housewife and cook, as well as all our women. Although she is an amateur, she is a professional for me. I remember that in Bosnia we always went to the market for groceries, cooked homemade jam, used raw milk, and all of this followed me through life. I always “hung” with my mother in the kitchen. At the age of twenty, I was awarded a scholarship for the best chef at the school, and then everything started. I “took that bite“ after winning at a school competition, when I realized that you can compete in the preparation of food, where you can show creativity and innovation in, let’s say, preparing simple foods such as caulliflower, which you can prepare in fifty ways – clarifies chef. 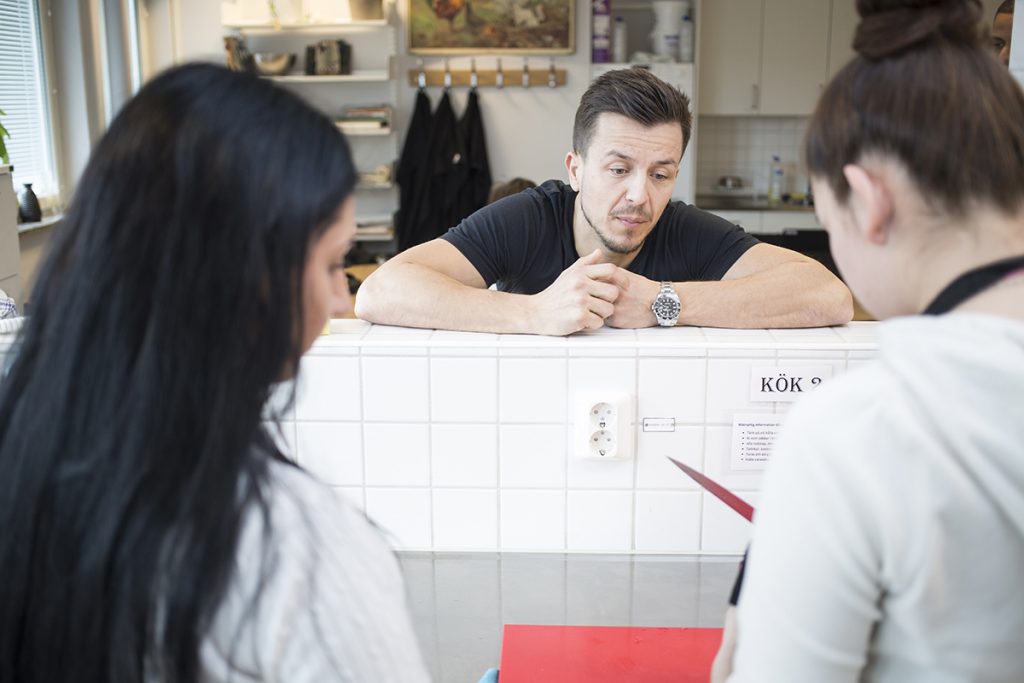 Due to his job, he traveled all over the world. But, as he says, Bosnian cuisine is not widely recognized in the world.

– Bosnia is best known for its ćevapi and pie, the food we place in street food. In this segment, it is constantly growing in the world. However, there is no a platform in the world when it comes to our food, not yet – Džemat believes.

With the food of his mother on which he grew up, his favorite is Japanese cuisine, which he appreciates the most. The Japanese are grandmasters of cuisine. They have a unique technique, balance, innovation in food preparation…

Haris Aščalić, a programmer from Visoko and creator of “virtual girlfriend”

OPINION: About the people and natural beauties of B&H