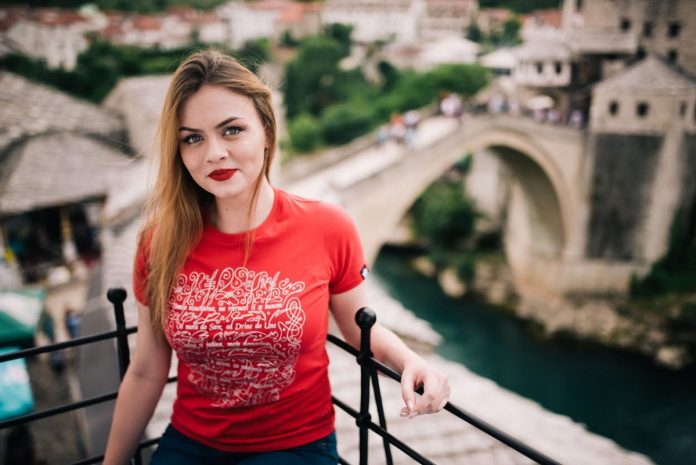 Recently, a new shop, of a well-known domestic brand, Bosnian Kingdom Clothing, was opened in Sarajevo. The corner with their clothes is a paradise for all patriots, lovers of Bosnia and Herzegovina, but also tourists who want to take a nice memory with them from Sarajevo.

In Bosnian Kingdom Shop you will find unique and modern shirts, sweatshirts, and other garments with prints and motifs of the Bosnian Kingdom and important symbols from the history of Bosnia and Herzegovina.

– On our clothing items we implement the motives of medieval Bosnia, not everything is strictly related to the kingdom. These are mostly elements, but we also have several models with Hussein-Captain Gradaščević who is not from medieval Bosnia, but he played an outstanding role in our history, so we can withdraw the analogy between patriotism and his personality … We have the coat-of-arms of the Republic and similar motives – explains an Employee of Bosnian Kingdom Muhamed Lužić for Visit B&H, showing us the latest models. 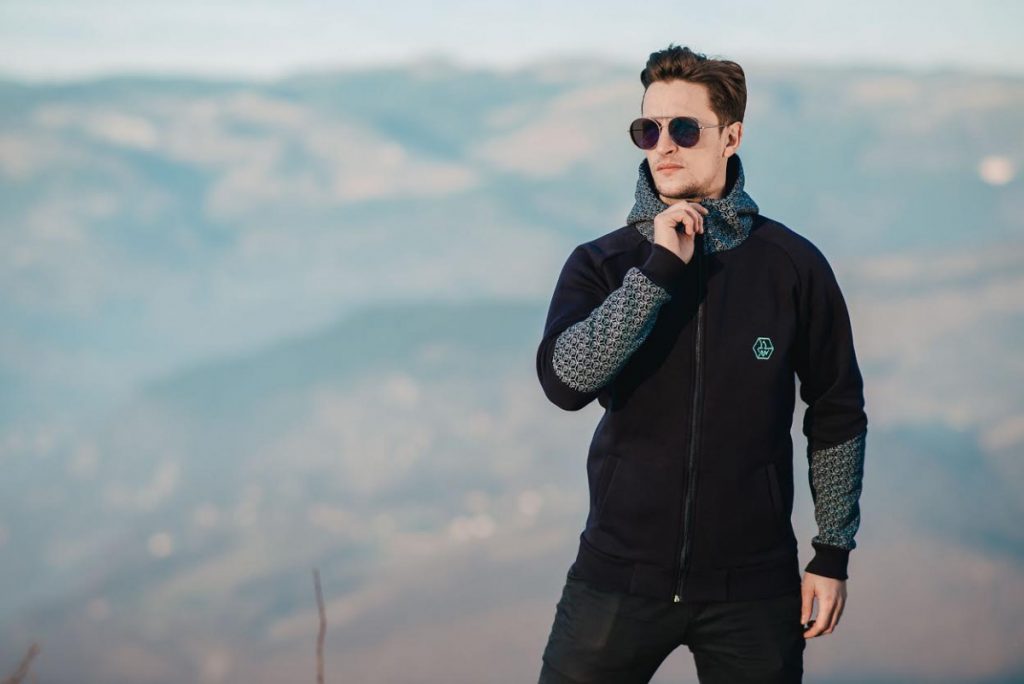 He points out that when they started producing T-shirts with emblems of BH Kingdom this was only a male brand, and today there are items for women in the store.

– New offerings are women and children’s clothing from 4 to 14 years old. From the beginning, we were exclusively a male and a patriotic brand, in order to turn now to more serious motives, and we made it an urban variant, and we will try to have more things for women – says Lužić.

According to him, only the best and natural materials are used in production.

– We use quality materials, and mainly we use combed 100% cotton. Having in mind the quality, prices are really affordable, depending on the clothing item they range from 16 to 70 BAM – he says.

He reminded that the brand was founded almost six years ago by young boys from Sarajevo, Faris Nikšić and Vedad Kićević, whos hobby soon became successful business, thanks to their love for the country and its history, as well as their efforts and work.

– The idea started from a hobby, we wanted to make some pocket money, and what we achieved was remarkable success. First we only had an online sale and for almost three years we had to open the store. There are currently six permanent employees in Bosnian Kingdom, and we have several associates as needed. Now we produce clothes for other brands. We are working for football clubs Željo and Sarajevo, and we should also work for the Youth Olympic Games, EYOF 2019 – Lužić speaks. The success of young Sarajevans was facilitated by numerous celebrities who recognized the importance and supported their work.

– Basketball player Mirza Teletović was the first to support us. We literally encircled him on the street as he was returning from training and he responded greatly, he put his bags down and took pictures with our shirt. Then followed Edin Džeko, Miralem Pjanić, Muhamed Bešić, Adnan Ćatić, Džanan Musa and many others. They are world famous, and they are totally relaxed and nice and want to promote everything that is related to Bosnia and Herzegovina – he concludes.

Pliva Lakes in Jajce: The largest natural accumulation in Bosnia and Herzegovina

Neum ready for a record season