For him, cuisine is not merely food preparation. This is art, lifestyle, love that overcomes the moment you enter the kitchen. He started doing this craft in 1996, after he graduated from catering school, but until 1999, he wandered and tried to find himself in this call. At that time, he worked as a bartender and waiter.

His first serious engagement was in Sarajevo restaurant “Michelle”, and then in Inat kuća (House of Spite). Engagement in these restaurants has established his path in Bosnian traditional cuisine which is very important for any young chef, says Nermin Hodžić, President of the Association of Chefs in Bosnia and Herzegovina.

The work at the Embassy of Portugal in Bosnia and Herzegovina in 2000 was a special experience, and in 2003, Nermin moves to Brazil, specifically in São Paolo – one of the greatest culinary cities in the world.

– This is an amazing city where different cultures merge. There I have met the best chef – Frenchman Laurent Suaudeaua, a student of the famous Alain Ducasse, one of the best chefs in the world. It was a truly amazing experience – Hodžić recalls.

After returning to Sarajevo, he worked in many famous hotels and restaurants, and then in 2016 received an offer he could not possibly refuse – Executive Chef on the riverboats.

– River boats have become my second home, and thanks to them I visited the whole of Europe – boasts Hodžić, who is currently working as a cook in Sarajevo restaurant “Amerikanac”.

In the multitude of awards he won during his previous work, he stands out one he received at the Culinary Olympics in Erfurt in 2008. 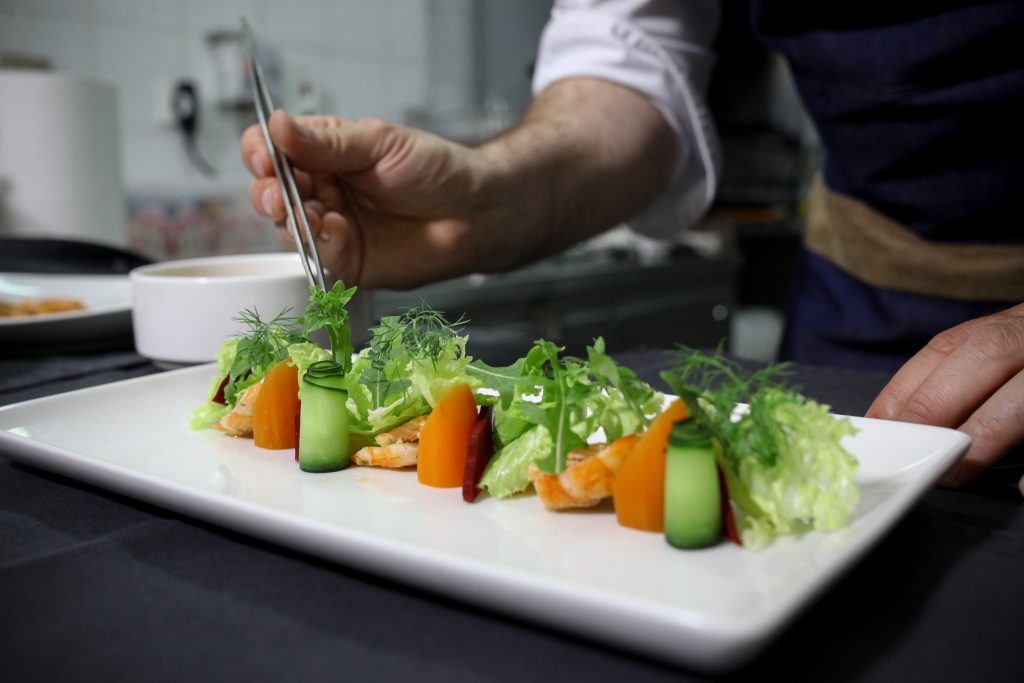 – It was a reward for a remarkable success, which back then meant a lot, because the fact that you’re at the Olympics, where 53 national teams and several thousand chefs from around the world are competing, has left a huge impression on me. In 2011 I became the first certified judge on behalf of WACS, World Association of Chefs’ Societies. Two years later, I became the owner of a recognition – Master Chef – that was awarded to me by the World Association of Master Chefs from London. There is also a recognition of WACS from 2015, which I received as a President of the Association of Chefs of Bosnia and Herzegovina, for the promotion of gastronomic values ​​and organization of the European Conference and the Global Chefs Challenge – says Nermin.

In his career he was lucky to cook for many celebrities including Jorge Sampaio and Anibal Cavaco Silva, President of Portugal, Jozef Baiden, a former vice president of the United States, Cesaria Evora, a famous singer, Brad Pitt, Angelina Jolie, Cristiano Ronaldo.

– I will remember the days of the World Cup in soccer in Brazil, as long as I live, when I was preparing meals for our national team – he recalls.

During his long-time career, he received plenty of comments about anything he would put in the plate. Those were mostly positive ones.

– Favorite and the most important comments are those coming from my colleagues, no matter what they say. Comment that certainly made me feel good came from Sanjiva Malhotra, who has been a general manager in “Kempinski“ hotels for 20 years, but he was also a vice president of the group “Shaza”. He said that never in his career he had seen that style of serving food – says Hodžić, adding that he had the biggest jitters while preparing food in kindergartens for children.

He traveled through many countries, from South America to Asia, and tried various dishes.

– The memory is full, but the first thing that comes to my mind when memories start emerging is the lunch I had at a farm in a village Podobuće near Korčula in Croatia. I ate freshly caught fish, served with homemade bread and vegetables, topped with good quality olive oil. Simple dish, you will admit, but many wonderful flavors and symbolism of this area – says Hodžić.