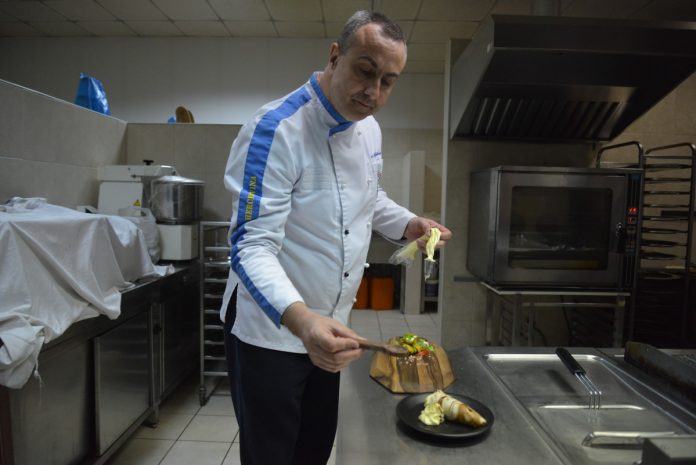 Each country has its own pancakes – sweet or salty delicacy, various thicknesses, fillings and toppings. For this delicacy, to which it is difficult to resist, it can be said with certainty that it is one of the few, which does not know the borders, because it is happily seen on the menu of almost all countries in the world.

An appetizer, a main course or a delicious dessert, for some pancakes are a favorite breakfast, they are often prepared for lunch, and many serve them for dinner. To what extent pancakes are popular, perhaps the best way is to say that they have their own day, which is celebrated all over the world every year, but not at the same time; by organizing preparations and tastings of this gastronomic pleasure in public places.

Sarajevo, like many world cities, has fans of pancakes, passionate lovers of this treat, fans who are gathered at the Club of Pancakes lovers. There are more than 13,000 of them, among them chefs, confectioners, but also those who have nothing to do with these professions, and come from all over the world.

The club has been existing for five years now, has its web and Facebook pages, with about 50 members writing and publishing recipes. The head of the Club is Hamid Kujraković, the famous BH cook, a member of the Association of Chefs of Bosnia and Herzegovina, as well as an expert advisor for food quality and safety.

His career so far is related to catering, hotel management and tourism, where he has been working as a waiter, manager of restaurants and hotels, the director of the tourist office, expert for standards and advisor for quality and food safety.

It should be noted that Kujraković was one of the first in BiH to become an ISO 9001-2000 quality expert and later a HACCP auditor and quality of service and hygiene in catering. However, pancakes in Hamid’s professional career occupy a special place.

– When we decided to establish the Club, our goal was, apart from gathering lovers of this treat, and to use pancakes for the promotion of gastronomy in BiH, to promote a healthy diet. Regardless of their popularity, pancakes are always closely connected to calorie, and are considered to be a fattening dish. Our task was to persuade people to the contrary, that is, they can be a healthy meal if foods from which they are prepared are carefully selected. I must say that we have succeeded in doing so. For example, we have pancake recipes for those who are not allowed to consume gluten, milk or some other food. In addition to recipes, we also publish texts for certain types of foods used in preparation, in order to inform our readers about the healthy diet in detail – explains Kujraković.

Hamid is praising that among the members of the Club there are also Australians, Americans, Canadians, Italians, Spanish, French, Chileans …

– We keep in touch with all of them. We exchange tips, recipes. Interestingly, when we published a healthy recipe for preparing pancakes with our cheese, our foreign members immediately contacted us with the question of how to prepare cheese and where it can be purchased – he says.

There are a lot of goals that members of the Club of Pancakes Lovers want to accomplish in the coming period. However, the two are the most important ones, which is to open their own pancake shop and publish 1,000 recipes on its portal.

– So far, we have published 350 recipies on the portal, salty and sweet recipes. These are not recipes that are copied from the Internet, but the work of our members who have compiled the food, checked the quality and taste, and then got the opportunity to publish them. We continue with the improvement of the section containing healthy recipes consisting of autochthonous BH products, like, pancakes with apple jam, plum jam, buckwheat, cheese, ajvar … The goal of the Club is that all cities in BiH have their day of pancakes.

– The story started five years ago in Gradačac, and then spread to Zenica, Bihać, Goražde. It is our wish that in the future every city in BiH celebrates the day of pancakes. One beautiful story from Sarajevo went to the world last October when we entered the Guinness Book of Records because we managed to prepare 12,874 pancakes in seven hours and 22 minutes. We followed, the news was broadcasted by many world media, and from colleagues from the region we received congratulations with the statement that they would not dare to organize something like this – he says.

So far, many celebrities have tried Hamid’s pancakes. Among them were also former member of the BiH Presidency Bakir Izetbegović, as well as federal Prime Minister Fadil Novalić.

– I served pancakes with cheese to Izetbegović and Novalić and they liked it very much. Amira Medunjanin, our famous singer, tried an interesting recipe in which I put together pancakes and ćevapi. She was delighted, and she told me, “Hamid, congratulations, you managed to connect my two favorite dishes. I would not stop eating this, ever. “Kujraković recalled.