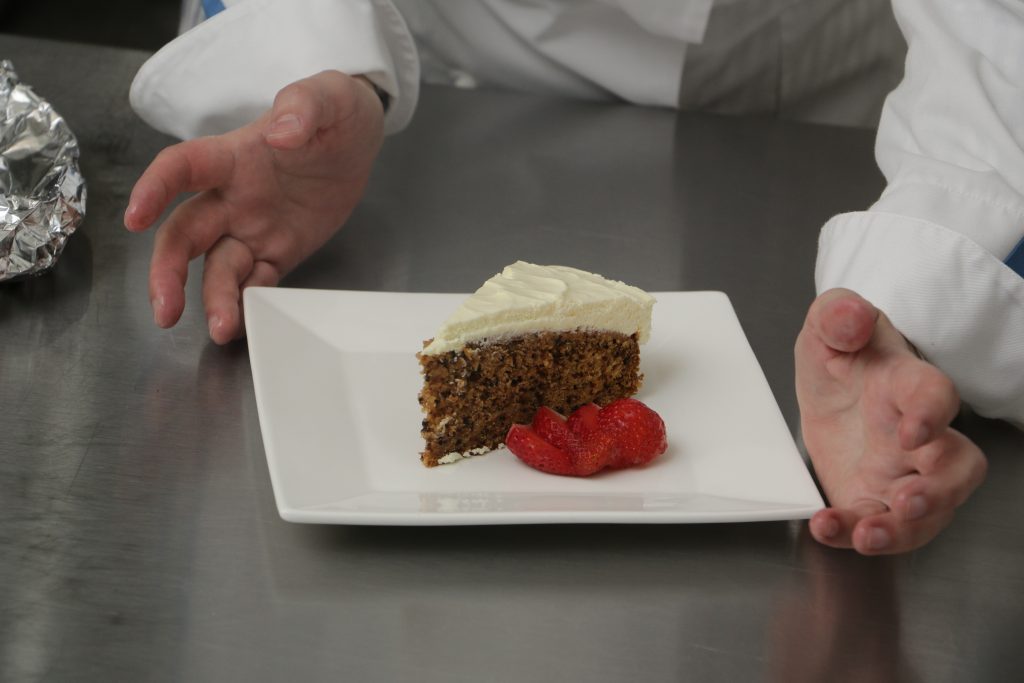 The love of cooking, and especially of confectionery, took the Amira Jusufović from Sarajevo in what was to become her main occupation of which she now makes a living, together with her husband, daughter and son, who are both students.

She graduated from the grammar school and for years, she has worked in the office, and then two years ago she participated in a culinary show and won second place. She entered the project without any pretensions to any prize. Her wish was, as she said, to broaden horizons, meet new people, and learn something new. From that moment Amira’s life is not the same…

We found her in one of the Sarajevo neighbourhoods, Dobrinja where she has a small shop in which sweetest delicacies are created on a daily basis.

– The love of cooking I got from my mother, who is originally from Šipovo, she was a real master in preparing and sweet and savory dishes. Since I was a child she was telling me that, when she got married, she met two women – one from Slavonia and the other from Hungary. They were friends and they thought her to prepare various dishes, so in our house, besides the traditional Bosnian cuisine, Slavonian and Hungarian specialties were prepared as well. As a 14-year-old I used to help my mother in the kitchen, and I was cooking by myself, regardless of the fact that sometimes I would ruine the food – recalls Amira while while offering freshly prepared carrot cake to us, one of the dessert that she is extremely proud of. 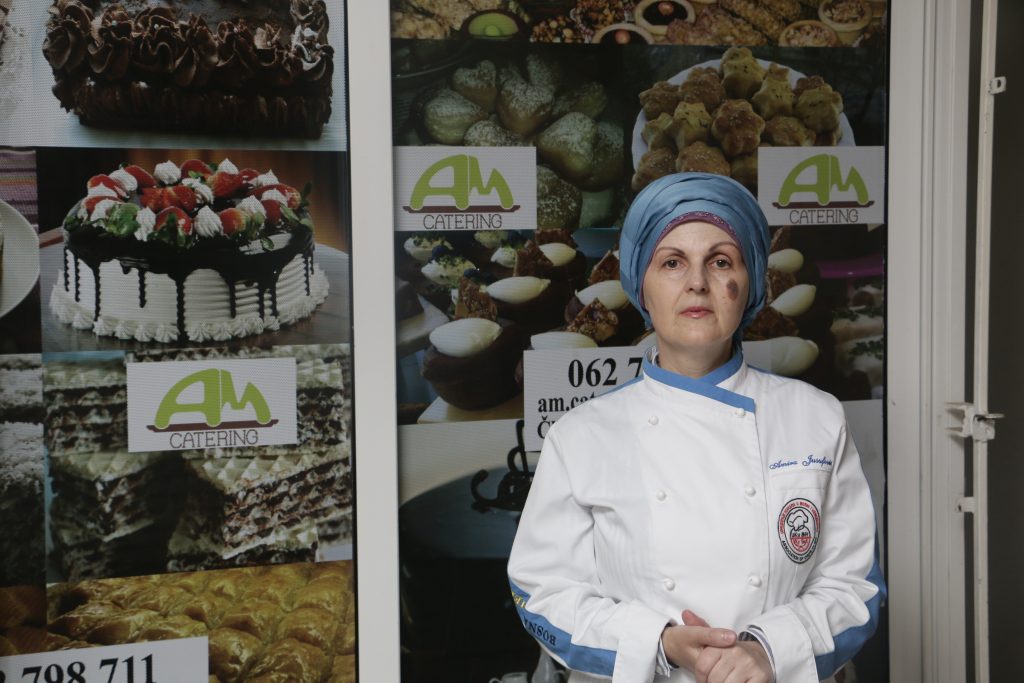 Today, many people happily taste Amira’s specialties. Some recipes she created herself, however, many, especially cakes, do not have a measure because, as our hostess said, everything depends on the type of grocery we use for the recepie.

– I make everything; a few years ago, I was particularly interested in the Turkish and Arabic cuisine, simply because I like the taste of oriental cuisine. I often make muhallebi, Eastern delicacy that is similar to our višnjab (pudding made of starch and cherries), but also all kinds of kaddafi, baklava … Italian cuisine attracts me too. My son likes pasta, thus such dishes can often be found on our table. Of course, I make my own pasta dough, and I learned that too from my mother – says Amira.

She makes at least ten cakes per day, and most are looking for chocolate, nut, Havana … Amira’s cheesecake, which is baked and which does not contain gelatin, is widely known.

PRAISES OF THE FRENCH AMBASSADOR

– My cakes are natural, by taste and the way they look, because I avoid putting gelatin, colors, fondant, although if a customer asks, I fulfill the desire. I do not use sweet cream either, I simply want to point out the natural flavors in the cake. I generally make salty food for catering, and then I prepare a variety of canapés and I mostly use smoked ham and salmon and quality dried meat. Spreads I make by myself and often I make tuna and chicken patés. There are also all kinds of pies – burek, spinach, cheese, all kinds of bread, colorful dolma, kebabs – lists Amira.

Amira is a member of the Association of Chefs of Bosnia and Herzegovina. She says she has a good cooperation with male colleagues, but that women should be more actively involved in the work of the Association.

She remembered her first catering at the hotel “Terme” Ilidža, and she is very proud of it. Then, the Ambassador of France in our country, H.E. Bodonyi Claire, enjoyed her delicacies.

– I got compliments and this is something that every chef loves. Recently, I was in charge of preparing meals for re-opening of a store in Sarajevo. Businessmen and politicians from Bosnia and Herzegovina and neighboring countries were present at the event. On their faces, I could see they were satisfied with what they ate – proudly pointed out Jusufović.

Mercator Ložionička: A place where shopping is a special experience