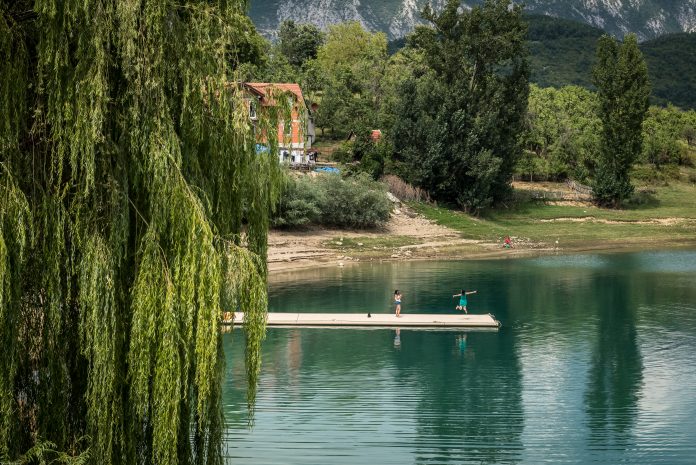 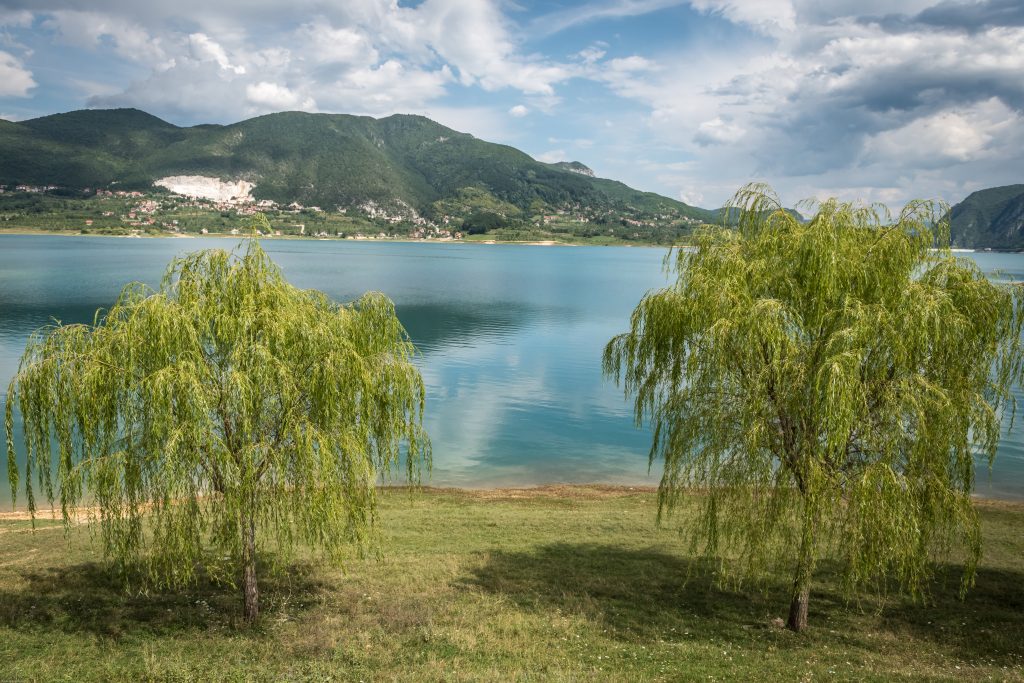 Ramsko Lake or the pearl of Herzegovina, as the locals call it, is a great tourist potential of our country. Its maximum length is 12 kilometers, the area is about 1,500 hectares, the deepest point is about 95 meters, while the oscillations of water go up to 55 meters.

Ramsko Lake is located in the upper basin in the north of Herzegovina, in the area of ​​today’s municipality Prozor-Rama. Although it was created as a result of the sinking of the Rama river basin and 20 settlements in 1968, the scene of the Lake seems unreal and places it among the most beautiful lakes in Europe.

The inevitable beauty of the Ramsko Lake is created by islands and peninsulas, among which the most famous peninsula is Šćit, where the Franciscan monastery Rama-Šćit is located. The Franciscans, who operate in Bosnia since the end of the 13th century, built a monastery in Rama most probably in the 15th century, before the arrival of the Ottomans.

Between 10,000and 15,000 tourists visit the lake annualy: tourists, fishermen and athletes. The undiscovered wealth of Rama was best recognized by rowers from various parts of the world, who each year rest in the Franciscan monastery Rama-Šćit and gain a sporty form sliding along the calm waters of the lake.

– Rowers enjoy during preparations here. They like greenery, nature, a view of the villages and good cooperation with the Municipality. Tourists visit the lake during the summer, not as much as they should, but when the winter comes, everything becomes silent. In peace and silence, only monks and nuns stay here – says Fr. Mijo Džolan, and emphasizes that the people of Rama are looking forward to every new arrival of other clubs and tourists.

Prozor-Rama Municipality officials are aware of the potentials that this lake offers in a touristic, which has led to initiation of many projects in recent years in order to try to enrich the offer and facilities in the Ramsko Lake. A rowing center has been built, which until now has been host to many foreign rowing teams, and within this center, the construction of a hostel is planned.

The Prozor-Rama Local Government Development Agency points out that the lack of accommodation capacities is the biggest brake of the tourist development, this is recognized as a problem and we began solving it.

– The municipality has applied with one project of cross-border cooperation towards the IPA funds and most likely we will receive the funds that will be spent on the construction of hostels and accompanying facilities. We are aware that the biggest problem is our lack of accommodation capacities, which is why tourists stay shortly – said Danijel Burečić, Tourism Coordinator of the Municipal Agency for Local Development.

Also, there are no arranged beaches on the lake, so some projects are planned in that area as well.

– We are trying to arrange a few places on the shore to make the lake more accessible to swimmers. Year after year, more and more guests come to the Lake. In addition to rowboats and fishermen, there are also weekend guests, that is, campers. Most of them are Sarajevans who camp on the shores of the lake – adds Burečić.

In order to improve the promotion of Ramsko Lake and other potentials of this municipality, the tourist guide is being prepared, and the municipality is also heavily involved in joining tourist communities and agencies to attract as many foreign tourists as possible.

The steep wreath of mountains Raduša, Makljen, Ljubuša and Vrana surround the area of the Lake. The main stream is the river Rama, which flows from two powerful springs. The left spring is permanent and is called the summer spring.

In the upstream, a winter spring is activated due to heavy rainfall and snow. Downstream, the main amount of water Rama derives from the karst springs Buk and Krupić, which are below the surface of the lake, and at the time of heavy falls, they appear and have a short course.

Road communication, to Rama Lake exists from Prozor, Tomislavgrad, Livno and Split, with a new asphalt road open for traffic in 2006, and from Posušje to the lake one can travel via Blidinje, Kedžare and Orašac, which is also worth seeing.

Neum ready for a record season

Promotion of BiH tourism potentials in the Gulf countries