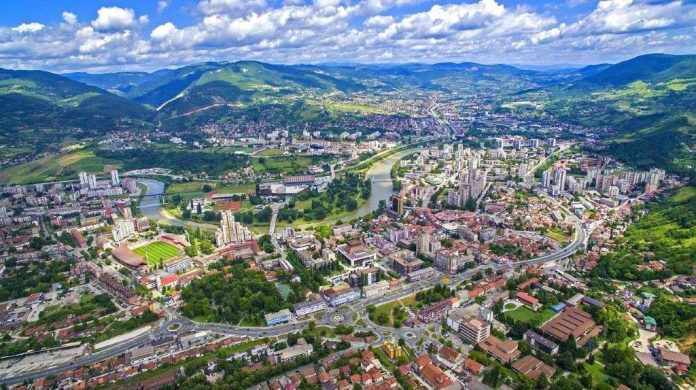 The field of tourism in this canton has not been regulated since 2015, when the Law on tourist communities and promotion of tourism in the Federation of Bosnia and Herzegovina ceased to be valid. The Law provides for the establishment of the Tourist Board of the Zenica-Doboj Canton, which, according to Zlatko Jelic, the Cantonal Minister of Economy, should come into existence by the end of this year.

Moreover, he emphasized, the establishment of municipal and city tourist boards was made possible, which was not allowed by the previous legal solution.

According to him, the Law on Tourism does not prescribe the obligation of business entities to pay membership fees to tourist associations, which was one of a series of parafiscal levies that additionally burden businessmen. In the budget for this year, funds in the amount of 100,000 BAM are provided for the work of the Tourist Board of Zenica-Doboj Canton.

– This is the part where we took care not to create new levies for our businessmen. Before the law was passed, we started the process of supporting the field of tourism, that is, the tourist potential, and also our catering facilities through investment in equipment to improve their business and raise their service to a higher level – said Jelic.

According to him, the planning and development of tourism in this canton is aligned with all planning documents, and the new law will result in by-laws that should be adopted within a year, as well as the Tourism Development Strategy of the Zenica-Doboj Canton.

The adopted Law on Tourism is a big step towards the regulation of this area in Zenica-Doboj Canton, which will lead to faster development of tourism and utilization of the potential that exists in this canton.

The fact that at the beginning of August, Minister Jelic signed contracts on the allocation of funds to entities that have exercised the right to subsidize tourism infrastructure and superstructure projects in this canton speaks volumes on how serious they took the opportunities and advantages brought by tourism.

In addition, he signed contracts with seven municipalities and cities on the financing of tourism infrastructure and superstructure projects, for which 200,000 BAM was allocated. Funds were approved for the cities of Zenica and Zavidovići, and the municipalities of Doboj Jug, Olovo, Usora, Breza and Vareš.

Another public call for the collection of applications for the approval and allocation of incentive funds intended for subsidizing tourism infrastructure and superstructure projects was also published.