The short version of the Banja Luka tour includes several segments, and the tourist guide Zoran Sanković explained for Visit B&H what should not be missed if you are a tourist in the town on the Vrbas River.

First, it is the very center of the city that includes the Krajina Square, Gospodska Street, the park Petar Kočić and the hotel “Palas”.

– Each of these buildings has its historical story and great significance for the city from a tourist, cultural and civilization standpoint – said Sanković.

The next segment is the circle around the Cathedral of Christ the Savior, which includes the church itself, the Administrative Service of the city of Banja Luka, the Banski dvor, and the oldest catering facility with accommodation capacity in Bosnia and Herzegovina, and that is the hotel “Bosna”.

– There is also a monument to the man who is most deserving of everything that has been built here, that man is Svetislav Tisa Milosavljević – Sanković underlined.

He explained that the next segment is around the National Theater of the RS, where the former Military Command and today the building of the RS Archive is placed.

– This is the first building that the Austro-Hungarian people constructed in the city of Banja Luka. In addition to the historical significance, through this facility we can also see the functionality of Austro-Hungarian buildings that are impressive in their dimensions, but also equally functional – said Sanković.

The so-called Imperial Road (Carski drum), which stretches to the former “Dairy”, begins from this facility in Banja Luka.

– It is an extremely attractive ambient segment. On the left, we have a large number of buildings, former villas of well-known traders, doctors, craftsmen, and on the other side a tobacco factory that was also built during Austro-Hungarian period, as well as the church of St. Bonaventura – explained Sanković. 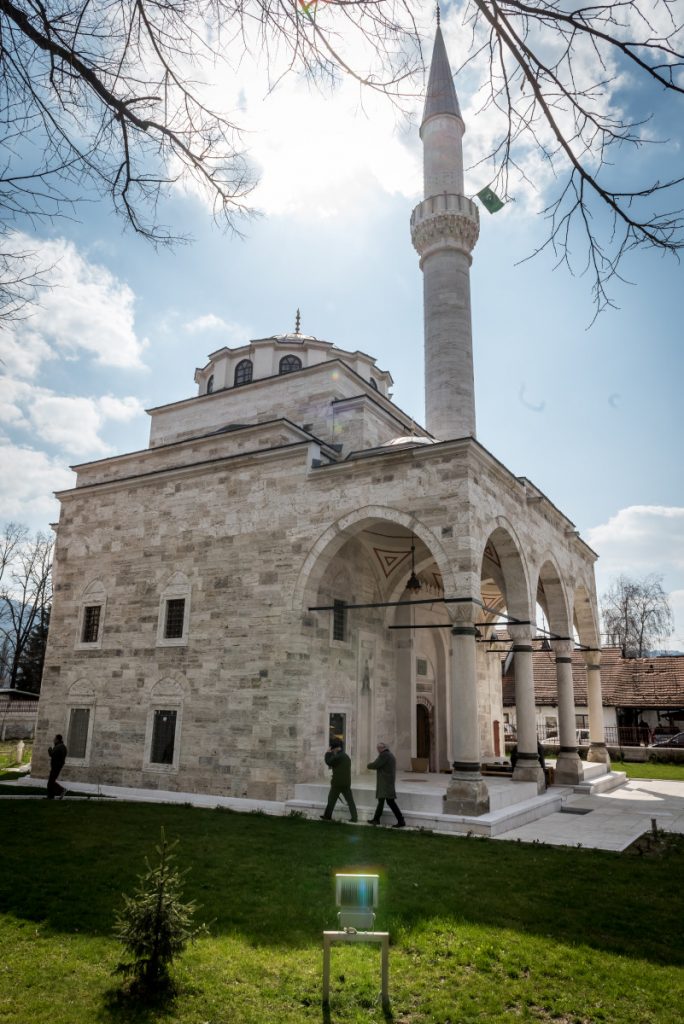 South of the city center is another very important part of the city with important locations, which is made up of the Ferhadija Mosque, one of the most impressive achievements of Islamic architecture in Bosnia and Herzegovina. Next to it is the Safikada’s tomb, and fortress Kastel as the oldest place with the oldest settlements in this area.

– Kastel also binds certain specificities such as the Roman milestone (Milliarium Aureum) as the only miniature and the ‘oldest’ stone in Banja Luka that stands there since the Roman period. It actually marked the distance from the starting point to the end, since Banja Luka was on the road of salt from the Adriatic Sea to the Pannonian Plain – Sanković said.