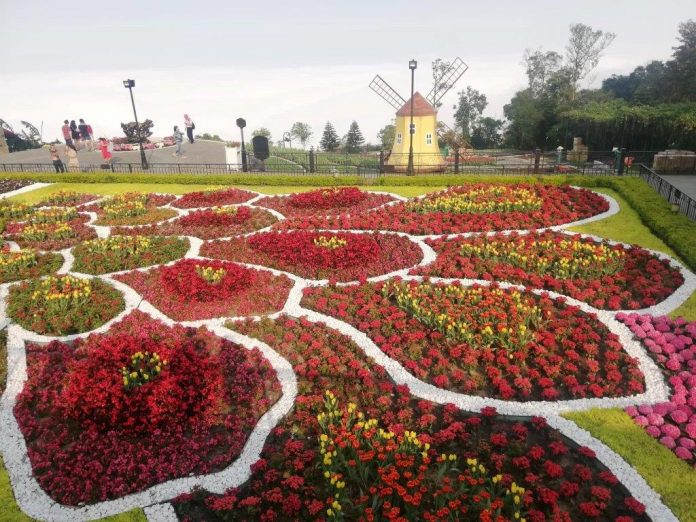 If you are thinking about visiting an exotic country of rich history, natural beauty and interesting people and customs, without spending too much money, Vietnam could be the right destination. From the capital of Bosnia and Herzegovina, by Qatar Airways airplane, via Doha, you can reach three Vietnamese cities, Hanoi, Ho Chi Minh and Da Nang. We visited the fifth largest Vietnamese city on the coast of the Chinese Southern Sea, in the mouth of the Han River, Da Nang, and several places in its vicinity.

Da Nang is one of the most important port cities, and represents the commercial and educational center of central Vietnam. With a high rate of construction of luxury hotels, residential complexes and tourist attractions, Da Nang could soon become one of Asia’s most visited cities. In addition to some of the most beautiful sandy beaches, which are sprinkled by huge waves, mountains and forests, it is adorned with unusual and strange architectural buildings.

Among them is the Golden Bridge (Kau Wang), which is held by two gigantic hands emerging from the hill. The fascinating stone hands, as the Vietnamese explained, represent the hands of the god of the mountain who gives the gold ring to the paradise. 150 meters long bridge, is located at Ba on the hill, and it is officially opened in July last year. While walking over this bridge in the clouds is a special experience, it is even more fascinating to come to it, by the longest continuous cableway in the world, 5,801 meters long.

Staying on Ba on the hill is complemented by numerous interesting facilities such as a fun park, a roller coaster, wax figures museum. In this part of Da Nang you will not feel the traditional Vietnam, but you will be able to breathe the scent from the beautiful flower gardens of love, take a walk through the French village, take a picture next to the giant Buddha statue, 27 feet high, and dance with professional dancers.

In addition to having fun in “Vietnamese Disneyland”, you will be amazed by another architectural wonder – a bridge in the shape of a dragon that flames fire. The Dragon Bridge (Rong Cao), 666 meters long, opened in 2013, immediately became the favorite tourist attraction of this Asian country. Every weekend, after sunset, visitors have the opportunity to enjoy the pyrotechnic spectacle. The road closes a little before 21 o’clock, and the dragon’s head starts to blaze fire. During the rest of the day, the bridge is illuminated by thousands of LED lights which are changing colors and giving a special charm to this part of the city at night.

In Da Nang, you should not bypass the Marmara Mountains, which, besides providing a spectacular view of the city, are also a place of many important historical and religious monuments and temples hidden in the caves. Marble Mountains consist of five hills that symbolize one of the five elements: metal, wood, water, fire and earth.

Located 90 kilometers from Da Nang, on the Parfume River, named after being once floated with petals of fragrant flowers that grew along its shores, lies the jewel of Vietnamese imperialism, the town of Hue. Here you can feel the true whiff of the past, and return to the time when this city was the seat of the emperor of the Nguyen dynasty and the national capital from 1802 to 1945. It is interesting that following the example of the emperor of this dynasty; nearly 30 percent of Vietnam’s inhabitants are named Nguyen.

The main attraction is the fortress built in 1362 surrounded by high stonewalls within which there is an Imperial and Forbidden City in which entry to anyone who was not part of the royal family was not allowed and was punished with death. You will visit hundreds of monuments, numerous palaces, temples, gardens, thanks to which the city of Hue is part of the UNESCO World Heritage List. During the Vietnamese, or as the Vietnamese call it, the American War, Hue has suffered a lot, and many parts of the Imperial City have been destroyed. Visit to the city of Hue will enrich the tour of the Thien Mu Pagoda and the Buddhist monastic complexes where you can learn about their specific lifestyle and the Khai Dinh mausoleum where the tombs of the Vietnamese kings are located, and it took 11 years for their construction. The ancient town of Hoi An represents the cream at the end of the journey through the central part of Vietnam.

The cute, picturesque town, lies on the river Thu Bon, which flows into the Chinese Sea, and could be described by the Venice of the East. In the historic part of the city, you can visit several museums to get to know the life of the ancient Champa people who inhabited this place, walk the Japanese bridge, built to connect the Japanese community with the Chinese neighborhoods, and reconcile these nations. Just by building this bridge, which today represents the symbol of Hoi Ana, it has turned from the fishing village to a large Asian trade center from the 15th to the 19th century, where Chinese, Japanese, and Europeans used to come, and today it has the title of UNESCO city due to its rich history and almost unchanged architecture.

In addition to interesting traditional fishing, and today tourist boats, traditional houses of yellow and orange colors stacked to one another, lanterns that are visible above all houses, streets and markets give something special to this city. The spell is felt here in the first dusk, when the lanterns begin to light, Venetian gondola-like boats with lanterns sail across the river full of petals of flowers and candles, and columns of people rushing to the city to at least briefly enter this magical fairy tale. A synchronized dance of more than 500 Vietnamese who through the movements, sound and visual effects, such as those from Hollywood films, best illustrate the history of this place, will leave a special impression.

Hoi is also known for silk. It still produces silk clothes in the traditional way, and it is one of the few places where you can see old machines where Vietnamese work day after day in order to make expensive silk pieces of clothing which will end up in someones closet. It is also interesting that in this city, in just a few hours, you can get a dress or suit according to your measures, exactly the same as some expensive clothing brands produce. Countless sewing shops offer sewing in a very short time, at unbelievably low prices, from the fabulous quality materials, so shopping in Ho Chi Minh City will be especially enjoyable by shopping lovers.

In order to truly experience the way of life of local people and anglers, you can ride in traditional round fishing boats carrying Vietnamese hats and sing local songs with their hosts, but also learn the Vietnamese culinary skills they are proud of. It is not a surprise that all Vietnamese are thin, wrinkleless, when there are fish and seafood in their plate, seaweed, for Europeans unknown plants, vegetables, exotic fruits, chicken and various rice products.

Vietnam, the world’s largest rice exporter, and the second largest coffee exporter will surely be a gourmet paradise, where they will be able to enjoy the best Asian specialties for very little money. Coffee will surely impress you, because it has a special flavor and aroma, and it seems to be enriched with a fragrant aroma of hazelnuts.

From unusual food to interesting buildings, Buddhist customs, temples and sanctuaries, as well as untouched nature, Vietnam is special because of its people – always smiling, comfortable and ready to give you a nice word and help. What more do you need ?!