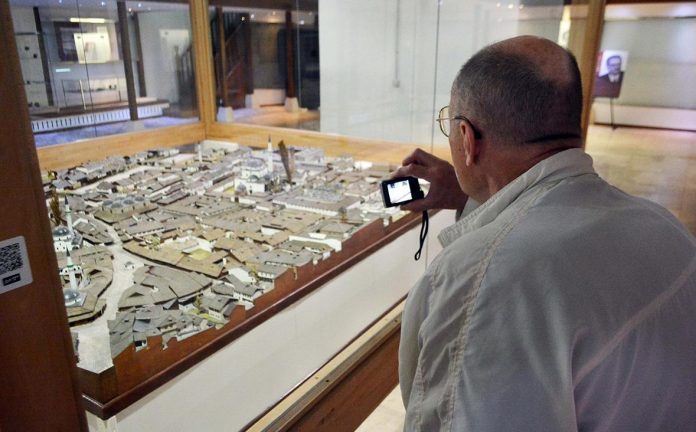 Tourists, as well as residents of other parts of Bosnia and Herzegovina, when they come to Sarajevo, most often have an opinion about Sarajevo based on the last, but also the First World War. Sarajevo is perceived as the place where the east connects with the west, Europe with the Orient, however, the urban history of the capital of BiH is more than two millennia old.

Writing and issuing tourist guides is one of the most unregulated segments in tourism and publishing. Most guides are the recycling of earlier materials, which rarely involve professional help. One of the positive exceptions is the Ancient heritage guidebook for the city of Sarajevo and its surroundings. written by Dr. Amra Šačić Beća and Dr. Edin Veletovac.

The Association for the Study and Promotion of the Illyrian Heritage and Ancient and Classical Civilizations (BATHINVS) published the guide last year, with the support of the Ministry of Culture and Sports of Sarajevo Canton.

Visitors to Sarajevo spend most of their time in the old town, that is, in Baščaršija. Few people peek in Brusa Bezistan, the annex of the Museum of Sarajevo, located a hundred meters from Sebilj. There is a permanent display of the history of the Sarajevo region from the prehistoric period until the beginning of the First World War with authentic exhibits.

This is, apart from the National Museum of BiH, the best illustration of this part of our history. However, to go to the original site and see the remains of the Roman hospice and villas like those in Ilidža or the late antique basilica in Breza is still invaluable and no museum can substitute this experience.

– The region of Bosnia and Herzegovina in ancient times is being studied within the Roman provincial history at all major world universities such as Cambridge, Oxford, Ruprecht-Karls-Universität Heidelberg, Stanford … On the other hand it is noticeable that texts in English, intended for tourists, are missing. Therefore, tourists are not allowed to learn that the area they visited belonged to the circle of highly developed Roman civilization. Unfortunately, we, ourselves, often see Illyrian and Roman periods of our history as “the forgotten history”. This certainly affects the fact that tourists do not have the opportunity to get enough information about this, conditionally speaking, forgotten historical period. Accordingly, Dr. Veletovac and I, through this project, tried to point out that BH capital has a rich ancient heritage that in itself implies that urban culture exists in the area of ​​Sarajevo for almost two millennia. This sends tourists a message that Sarajevo should not be viewed only through the prism of wars, which, unfortunately, has become a kind of practice in the tourist offer. That is why it is extremely important to rebuild this part of our history and to introduce visitors to the magical world of the ancient culture that we own – says Amra Šačić Beća.

This project is just the beginning of a great journey to the ultimate goal, which is the writing of a comprehensive publication through which the ancient heritage of Bosnia and Herzegovina will be processed.

We hope that this publication will be the starting point for issuing a general publication for the promotion of the tourism of the ancient heritage of Bosnia and Herzegovina. It is to be expected that through the text and photos of this edition, tourists will get to know Sarajevo and its surroundings a bit from a different view than it was before. We believe that this publication will also help employees in the field of tourism in the promotion of cultural heritage. This bilingual publication aims to attract a large number of educated visitors to our country – says at the end of the conversation Sačić Beća.

The authors hope that this guide will additionally bring the visitors of Sarajevo closer to the history of this unique city, expand their aspects on arrival, and will see that it has much more to offer besides the standard expectations.

An example of young academic workers from Sarajevo is a motivation for authors to treat other parts of our homeland with similar publications.

Underground adventure in the Vjetrenica Cave