At the foot of mountains Igman and Bjelašnica, near Vrelo Bosne (spring of the River Bosnia) and the beautiful nature, visitors of this gem of Bosnia and Herzegovina are fascinated with the ride in a horse-drawn four-wheeled carriage. In the area of Velika Aleja, 30 fiacre drivers offer daily rides to visitors, who just by sitting in old carriages and watching beautiful natural scenes, can go far back in the past.

Among them is a great lover of horses and carriages, a thirty-eight-year-old Dženan Mahmutović. He inherited this work from his father, Emin, thus maintaining several hundred years old family tradition. 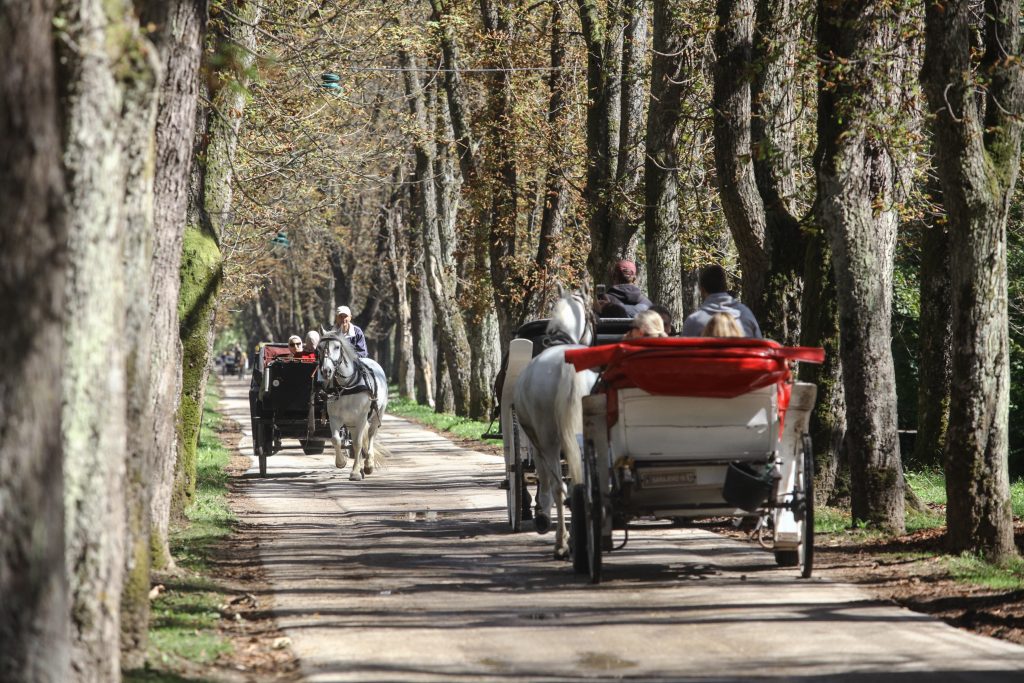 – The Mahmutović family lives in Butmir, as far as we know, for about 320 years. Mahmutovićs were blacksmiths, they had a blacksmith shop where horses were shoed, and where they uses to make horseshoes. Fiacre, which was bought by my grandfather Hajji Ahmet Mahmutović, was among the first five bought in Sarajevo, and then he began to trade with carriages. After he died, his sons continued this work, including my grandfather, and then my father, and eventually myself – says Dženan proudly as we sit in a beautiful white fiacre driven by his long-time pet Aba.

Driving fiacre since he was ten

He remembers his firs ride in the same place when he was just ten.

– You cannot become fiacre driver just like that; you have to love it since you early childhood. As far as I know myself, I know about the horse we used to have, it was a real child’s love. In my family, everything was related to horses and carriages – he remembers.

Besides the unselfish love for the horses, he decided to offer day-to-day rides because he also takes a special pleasure in doing what he does due to a great joy of working with people.

– Besides horses, you have to love people too. Every day we have different customers, different types of people, so you have to adjust to it. The rule of a fiacre driver is that, in addition to polite greeting at the beginning of the ride, he does not talk to customers until they talk to him. And when customers ask something, then you can talk to them about everything and that’s nice. Among us, several people like to talk. So there are some colleagues we bet on when customers sit in their fiacres, how long they will endure before they start talking to them – says Dženan while laughing. 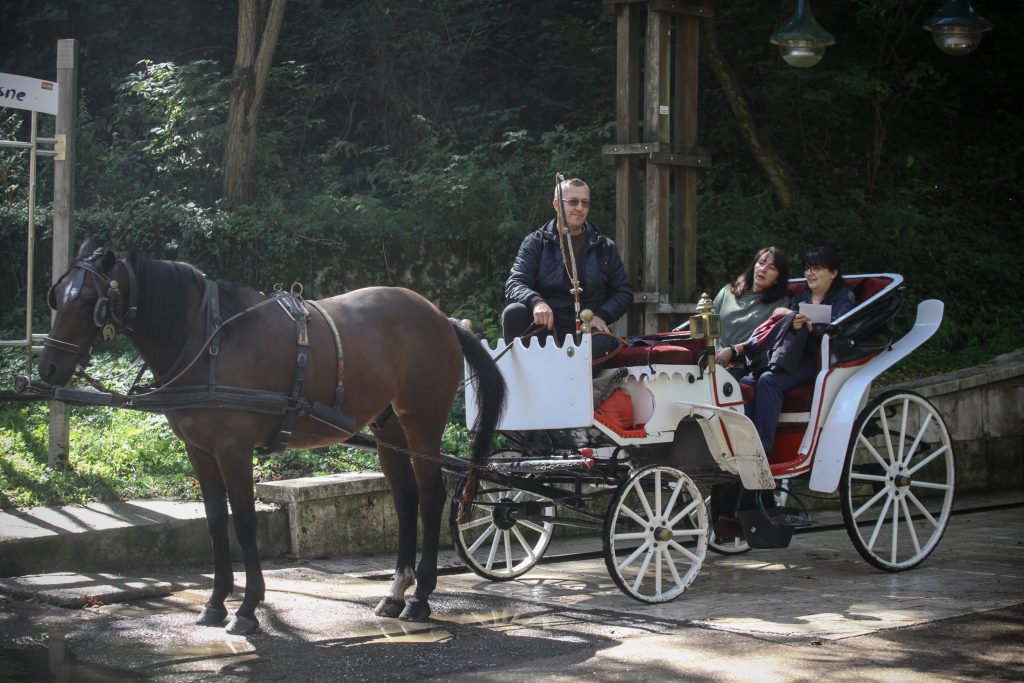 He adds that they are presenters of the city, especially this part of Sarajevo.

– I am sure that no tourist guide that comes to Vrelo Bosne with tourists knows 10 percent of this part of the city as well as us. That is why we love to talk, and if you are in the mood for the story, you will be tipped for sure – he says.

He explains that in almost every ride there are some interesting anecdotes. Laughter and good atmosphere in Velika Aleja are never missing, and among drivers, as he says, there is no rivalry.

– We are constantly talking, we are joking. It is known that we are driving in a row, the first in a row takes the ride, so there is no anger or jealousy; it is only important that nobody bypass you while driving – he says.

A job one must love

He explains that this job must be crazy and genuinely loved, since it can be very difficult to make a living out of this.

– We have many customers for two months during the summer and then there is enough for everyone. However, from September, and throughout the winter, there is almost nothing. After only two days of rain in Sarajevo, and especially here under the mountain Igman it is very cold and immediately fewer visitors decide to come. When someone asks me if this job is profitable, I usually say, if I would take and run my account, someone might say I was crazy. When you collect daily expenses, effort, food and everything else that is needed for horses and this job, people would certainly say I am crazy – Dženan says through laughter, adding that this was never a job which could provide you a fine life.

Because of that, he says, during other months, except in the summer, he has to do another job, in order to provide his family with a normal life.

– I have to help myself during winter. I wish this was my only job, but unfortunately, it cannot be. I am a driver, and what else would I have been when I started driving at the age of ten – says Dženan.