The national team of B&H in sitting volleyball this November in Poreč is looking for the tenth consecutive golden medal at the European Championship. A series of successes that cannot be easily found among club sports, let alone national, has been in existence since 1999, since then National team of Bosnia and Herzegoivna has been an undisputed ruler of the Old Continent.

In eight of nine consecutive titles, Ermin Jusufović, a member of the first national team of B&H, made a great contribution. He says he has the highest expectations from the upcoming European championship.

– All but gold medals for us would be a failure. The first preparations start already on October 10, and the championship on November 4th. We have not gathered for over a year since the Paralympic Games in Rio de Janeiro, and we are eager to meet again – says Ermin.

Iran was better in the finals in Rio and our team went home with silver, and this time Ermin finds the national team of Russia their biggest competitor.

– It is not going to be easy, the Russians are very strong, Germans make a lot of money in this sport, as well as Ukraine and the Netherlands. However, I do not think there is any burden to say that we are thinking only of gold – Ermin is clear.

This 36-year-old is a successful athlete today, married and proud father of two children, but all this came to him through a major trauma, part of which was the first training of sitting volleyball in the club “Sinovi Bosne” from Lukavac.

Namely, Ermin Jusufović, as a 16-year-old, stopped on the mine and after that he was left without a leg.

– I am the proof of that saying “when one door closes another opens“. After being wounded and after amputation, for months I would wake up in tears. During the rehabilitation, I met people who were engaged in sitting volleyball and they took me to training. After the training I could not sleep, I constantly had in front of my eyes people without feet, I just could not accept it – explains Ermin Jusufović.

However, he remained there, and the path he initially began to walk reluctantly allowed him to affirm himself as a man and an athlete and to count up to eight titles of European champions, three titles of champions of the world, two times Olympic gold …

– It turned out that my disability was not an obstacle but more wind in the back. My son Namik wages from happiness when we win gold, there is no greater reward than this – Ermin concludes. 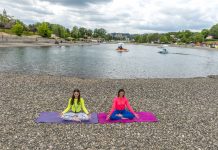 Asmir Begović: I want to give children the opportunity to practice sports...