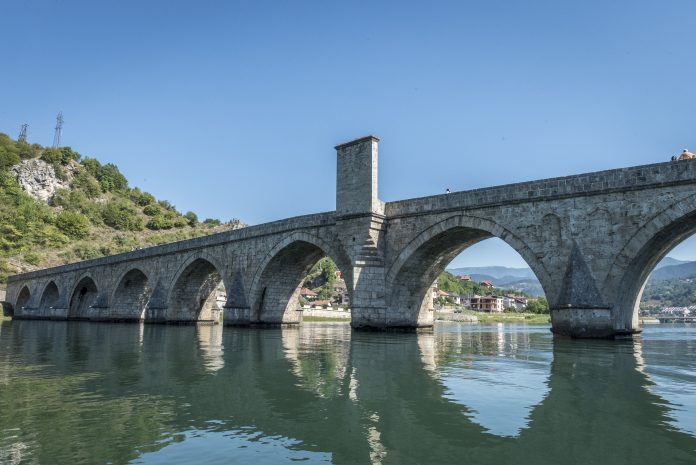 The bridge was built in the period from 1571 to 1577 in the eastern style and represents the masterpiece of those days construction.

The old Višegrad bridge has 11 embedded arches of width from 11 to 15 meters, and it is 179.5 meters long. The unique elegance and monumental elevation of the bridge testifies to the high architectural style.

The world value of the Mehmed-pasha Sokolović bridge is undeniable, in terms of all historical reasons, as well as the architectural values ​​that adorn it.

It is the most important part of the history of civil engineering and bridge construction, and in particular testifies to the exchange and harmonization of techniques during a long historical process. 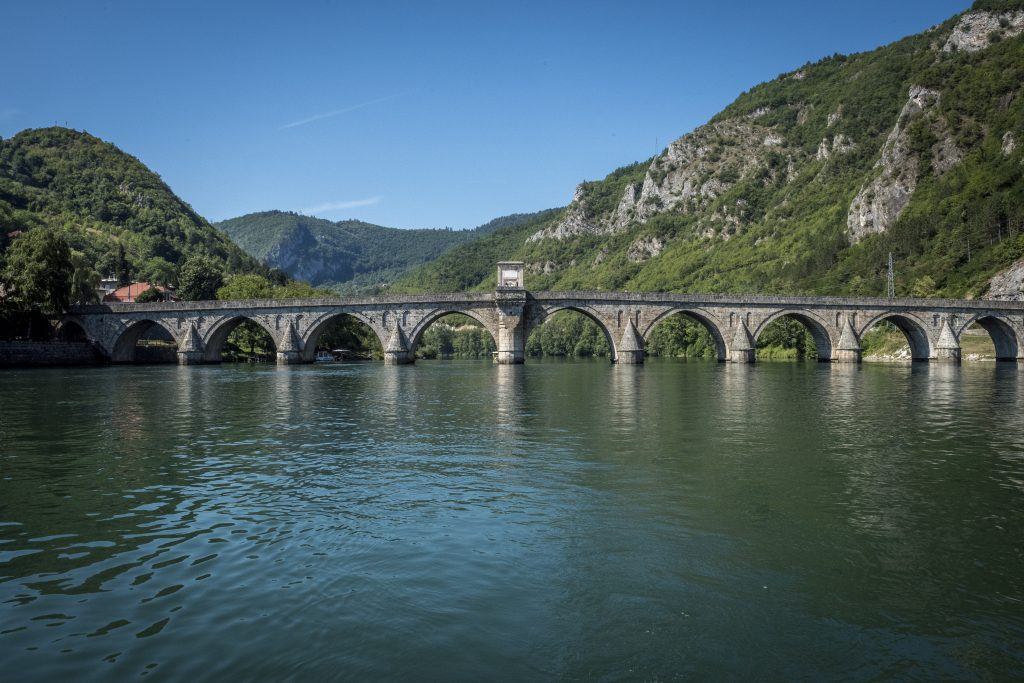 In the middle of the bridge, there is a house with a wooden gate and this used to be a place for the bridge guard, therefore, this part of the bridge was called a gate (kapija). There are also two white marble plaques with poetry in the Arabic letter, written by Arabic poet Nihadi, which speak of the builder and year of construction.

In its centuries-old existence, the bridge suffered many damages, and first it was the demolition of a vault in the Middle Ages. The bridge went through one repair in 1873, and in 1896 a large flood destroyed most of Višegrad, but the bridge remained almost undamaged.

In 1914, two pillars and vaults were pulled down, and in 1943, four pillars with surrounding vaults were destroyed by mining demolition. In the period between the two world wars, the bridge was temporarily put in traffic with the aid of metal construction. A detailed reconstruction of the bridge took place between 1949 and 1952.

The last reconstruction of the bridge was completed in 2015, and the works lasted for three years. The value of the works is estimated at almost 10 million BAM, and the project was financed by the Government of Turkey.

The bridge is one of the most important national monuments of Bosnia and Herzegovina, and in July 2007, it was registered in the UNESCO World Heritage List. The bridge was an inspiration to Ivo Andrić, who wrote the novel “The Bridge on the Drina “, for which he received the Nobel Prize and it was translated into numerous world languages.

Works on reconstruction of the Sarajevo cable car in full swing

Munira Rira Mahmutović, a graduated cosmetologist and designer: I love people, I...