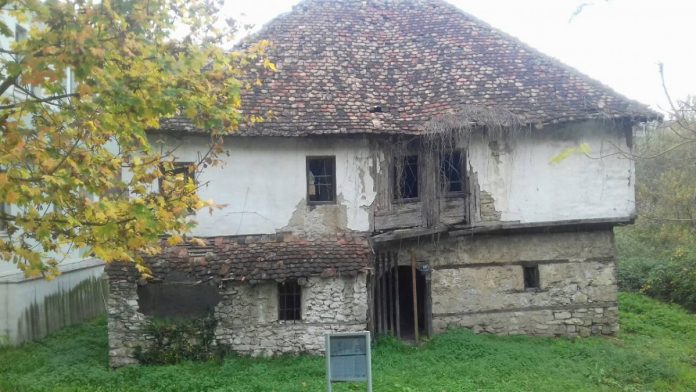 Šeranić’s House, built in 1580, is one of the important cultural and historical monuments of Banja Luka. This house, which is number one in town on the Vrbas River, is the first built residential unit in the city.

It was built in Šeher settlement, and in 2003, it was proclaimed a national monument of Bosnia and Herzegovina. Unfortunately, the doors of this historical object have been nailed down for a long time, and the descendants of the former Šeranić family in the past years have launched several activities in order to save it from decay, and renovate it.

In various documents, it can be read that the house Šeranić was built in 1580 with golden cups in Šeher, a place with the folklore of old Bosnia. It was owned by the Šeranić family of beys.

– When Mujo-bey Šeranić, the son of Muhammad-bey, took away Fatima from Gunić’s house in Novoselija and brought her to Šeher, he brought into his family ten more new lives brought to him by Fatima. They had seven daughters and three sons – claim some of the testimonies of life in Šeher from the beginning of the 19th century.

One of the daughters, Seima, on several occasions talked about life in the family environment at that time. She said that the father was a big boss whom they all respected. He loved sevdah and singing. All of the children went to school at that time, and daughters were members of a cultural and artistic association.

Šeranić’s House had several specificities, among which are male and female entrances, bathrooms and guest rooms and room for servants, pantry, men’s and women’s rooms and hot water.

Many famous people, such as Safet Isović and Himzo Polovina, passed through the house, and the Goldbacher family of Germans used warm water from the Šeranić courtyard.

Mujo-bey Šeranić died shortly after the earthquake in Banja Luka, and many of his descendants moved through the world, while some still live in this city. Among them is Alen Šeranić, current Minister of Science and Technology in the Government of Republic of Srpska.