Before his work, the observer is voiceless. He looks at the beauty of what he sees and becomes inarticulate, while in his head question “how“ and a doubt that such thing could be created by a human hand arise. Because “characters” from the paintings of Turkish artist Semih Büyükkol seem to act as if they will speak at any moment or that they are there to watch their visitors, and not vice versa! Its bridges look like you can walk over it, his nature you can feel, his objects you can enter…

So much realism leads to a loss of connection with reality, and at the same time arouses admiration for mastery, which is rarely seen. In short, Semih’s works hypnotize you! We met him in Turkey, in Adana, and we talked to him in Sarajevo, in the garden of Gazi Husrev-bey’s Hanikah, where he came to publically present his magic to Bosnia and Herzegovina, as the guest of the International Art Colony of Sarajevo. Semih is a world traveler, he exhibited and still exhibits around the world, and works as an associate professor at Akadeniz University in Antalya.

You are in Sarajevo, Bosnia and Herzegovina, for the first time. How much did you know about BiH before arriving, and did your thoughts coincide with reality?

– I traveled abroad a lot, but when I arrived in Sarajevo, I did not feel that I had traveled somewhere, but that I came to my house. The reason for this is the same cultural values ​​and cultural heritage that BiH has received from the Ottomans, but also the people’s cordiality. Everyone greeted me with a smile, and that made me feel at home. Before I came, I did not do any research. During my studies, in 90s, when the war broke out here, I heard about Bosnia and Herzegovina for the first time, and then everything that was happening left great trace on me, as with all Turks. I was a student of the first year. My colleagues and I thought about how we can help, how we can be with the citizens of BiH. We did what we knew best. Painting, opening exhibitions, and sending money from the sale of paintings to the war-torn Bosnia and Herzegovina. 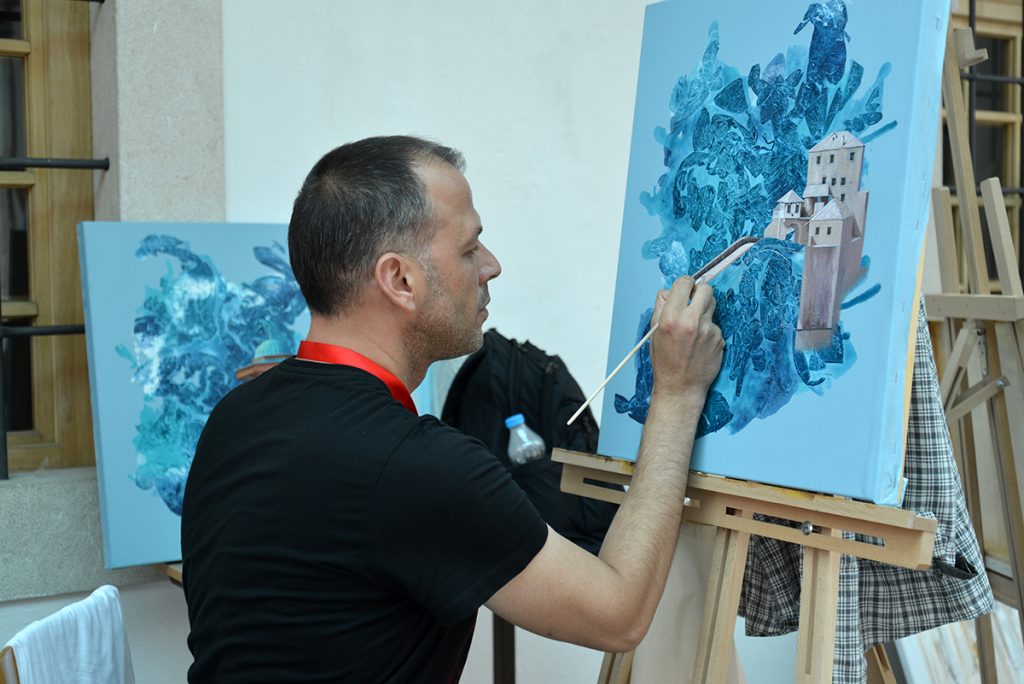 Thank you for that. You mentioned you traveled a lot, and in an informal conversation, you pointed out that the Sarajevo Colony is special, so I have to ask what trilled you that much?

– Yes, it is special because we are free and comfortable; the atmosphere is beautiful as well as everything that surrounds us. Ms. Mirsada Baljić, the organizer of the Colony, is very hospitable, very good host, she is always smiling, and all of her qualities with quality organization influence very good works as a product. In this extraordinary professional colony there has been an unbelievably good synergy between me and my colleagues, also professors from prestigious academies.

The theme of the colony was “The magic of Bosnia and Herzegovina”. What spells you learned during your stay in BiH?

– As soon as I got out of the plane, the first thing that thrilled me was nature, and then the cordiality of people. And, as I started walking around the city, I was thrilled to see how people here perfectly fit present life with cultural heritage. The ghost of the past is still felt, but all this modernism adheres perfectly to it.

Do you mean that the East and the West in Sarajevo work perfectly?

– They’re synthesizing. In that sense, yes. When I came to Baščaršija, as if I was back in an old movie or as if I were on a time machine. However, it is so well synthetized – cultural heritage and modern life. Nobody gave up on it and new things were accepted.

We found interesting information in your biography. Born in Switzerland and grew up in Turkey. How did you harmonize this mix of the East and the West in yourself, did Sarajevo serve as an inspiration? 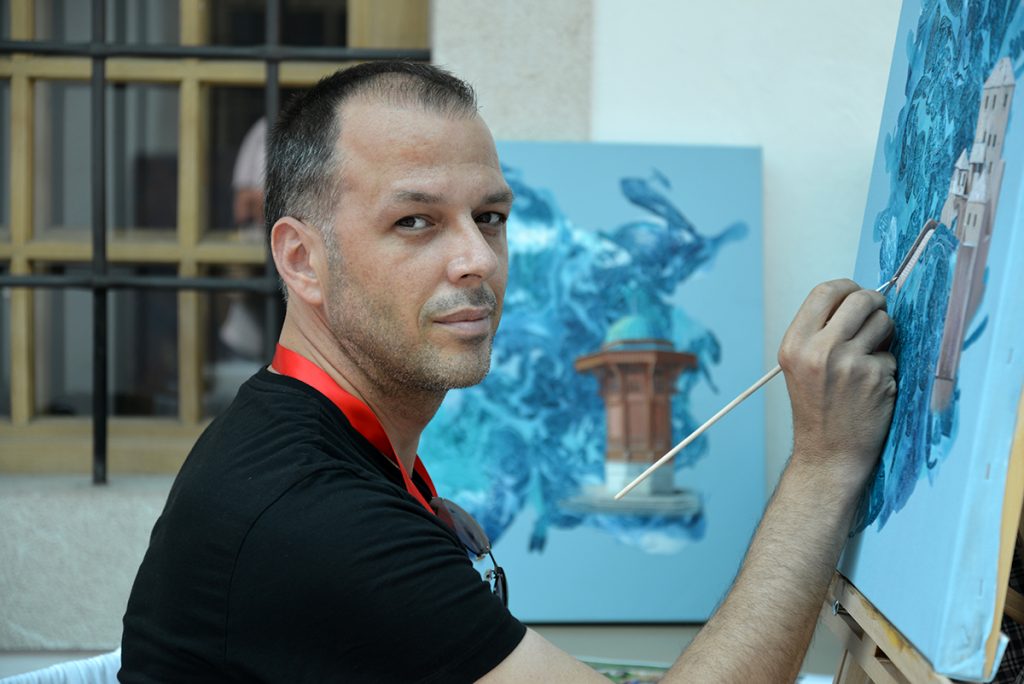 How long have you been on the art scene and have you always been loyal to realism?

– I have been on the scenee for 27 years and have never detached from realistic perception of painting. I started with surrealism and painted everything that was already existing in my subconscious. I’m a good observer, and curiosity towards a man has taken me to painting human portraits. However, not in classical terms, because they are not just portraits. In them you can see all that is experienced, that is, everything that was experienced by the man I painted. His grief, pressure, psychological confusion, spiritual state. It is the reflection of the spiritual and physical state of man, with all the pains, problems, doubts. It’s not an ordinary portrait.

– I would like to come again to synthesize all these cultural spells, I would like to have an exhibition about it, and I would also like my colleagues from Turkey to come here and show their artwork. Cultural values, nature, the character of people, everything is the same in BiH and Turkey, and when we look at this, we are brothers. The images that I make are not from other regions, these are very close traditions, from the same milieu, and the cultural values ​​that I show in the pictures are common – Bosnian and Turkish.

The wish of Semih Büyükkol to return to Sarajevo will be fulfilled. Upon completion of our interview, we learned that next year he will have an independent exhibition in BH capital. Namely, in the organization of the Turkish Embassy in Bosnia and Herzegovina, Semih will exhibit in the gallery “Preporod” in spring.