When you love and respect somebody, you have to show it, whether it is a boyfriend, a neighbor or in the case of Senad Huseini, cars. And not just any, but the old shiny fourwheelers that attract attention wherever they appear. He is the proud owner of one of the oldest cars in Bosnia and Herzegovina, the “Oldsmobile” from 1929.

The famous mobster Al Capone drove in such car, so it is popularly known as the mafia model, or “Al Capone” and it is in Senad’s property for more than 12 years. Every day, as a little child, he watches the weather from his window in order to check if he can drive his pet. Except for the alternator, everything on the car is original. He needed a new six volts belt nobody could make, so he was struggling with that. 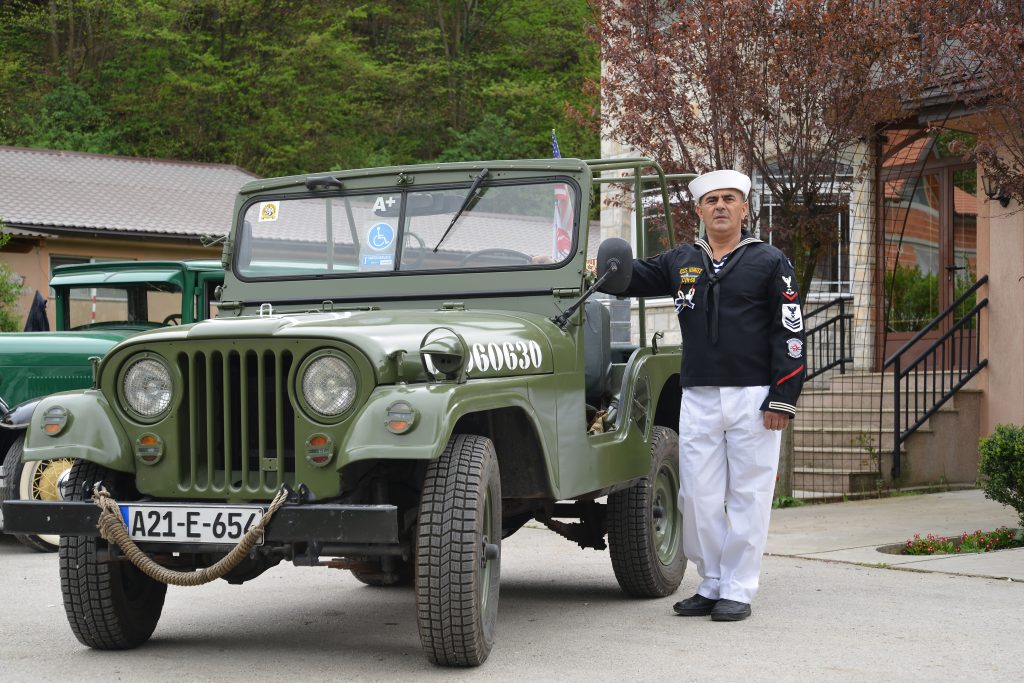 – I tell them that people walk on the moon, they want to live on Mars, and you have no belt. Nevertheless, destiny has its own ways. A friend from Skopje called me to tell me that he found it in one shop there. Seven or eight years ago, they got that particular belt by mistake – says Huseini.

He pours regular unleaded gasoline in it, although before he used to ad liquid lead in order to get the old type of gasoline. Windscreen is interesting as well; it can be open, so the car has a natural “air conditioner”. It is an attraction wherever it appears. He has many friends in Herzegovina, so they often arrange gatherings, and travel through various cities in these vehicles.

– Embrace yourself with patience and “step on the gas” sixty per hour. We went to Široki Brijeg, Grude, Čapljina – says Senad.

“Al Capone” is not the only old-timer Senad owns. In addition to the hit model, he has a replica of the Mercedes from 1929, Triumph Spitfire produced in 1970, the Peugeot 404 from 1969, and interesting jeep made for the Vietnam War produced in 1958, which he drives on a daily basis. 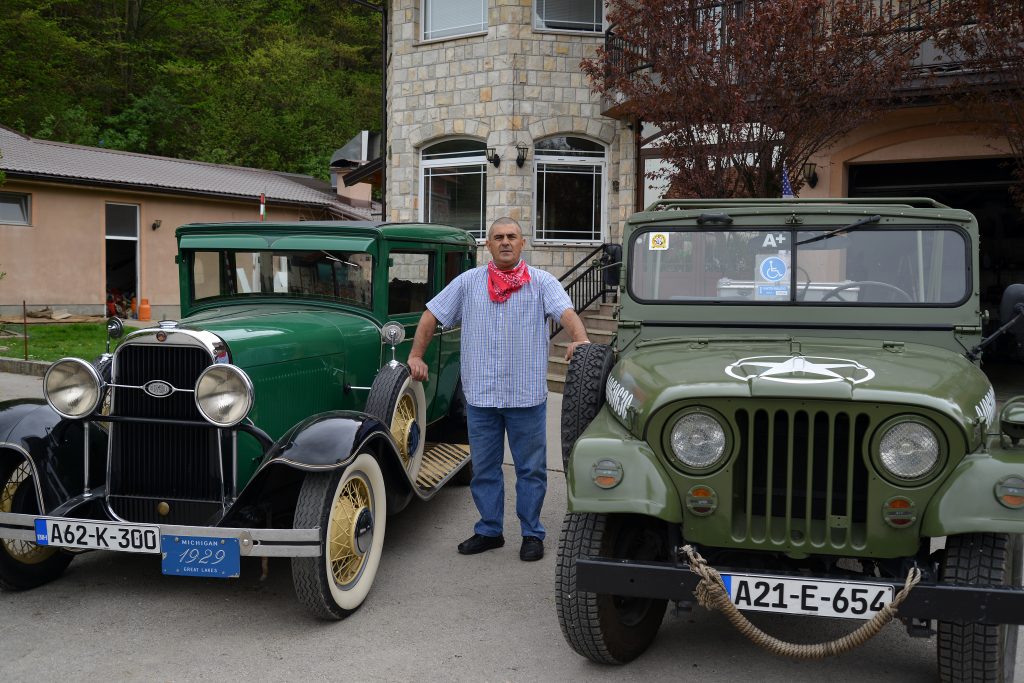 – The jeep was made for the Vietnam War. Americans call it “Whippet“, because when you knock back the window screen, you create carriers where you can put the cannon and bazooka – he explains.

For the “little thin” Senad also has a special uniform of a Marine. They travel everywhere together, and even to the seacoast. A good jacket, a special hat, and sunglasses and Senad is ready! With these cars, anecdotes are inevitable.

– We went to Goražde with three cars, so we parked next to a cafe. Immediately the police came and told me I cannot park there, and already fifty people gathered around us. I tell him that I have a life motto, and that is “Joe suffers, Joe will pay“. I told him to freely write a ticket, and I will pay. However, they did not, it was interesting for them too – says Senad Huseini.