An exhibition devoted to women, arose from the hands of academic sculptor Adis Lukač, will decorate the walls of the JAVA gallery in March in the center of Sarajevo. It will have a symbolic name “O ženi” (About the Woman) and will consist of 40 small-size pieces. Each work will be adorned by a woman, accompanied by the most beautiful verses inspired by their beauty and uniqueness, composed by both local and foreign authors. It’s a peculiar fact that several of those verses were written by versatile Lukač.

– I used to write lyrics, but somehow it suddenly stopped. Probably the sculpture and painting took over that expression that last year came back. I drew something, and then wrote a verse. And since I had already contemplated this exhibition, and since I did not have enough of my verses, I came up with the idea to find poetry of poets who, in their works, described women. However, as it was strange for me to look for it, I asked women I know to do it for me, to find texts in which they might recognize themselves. Because, who could do it better than them – says Adis. 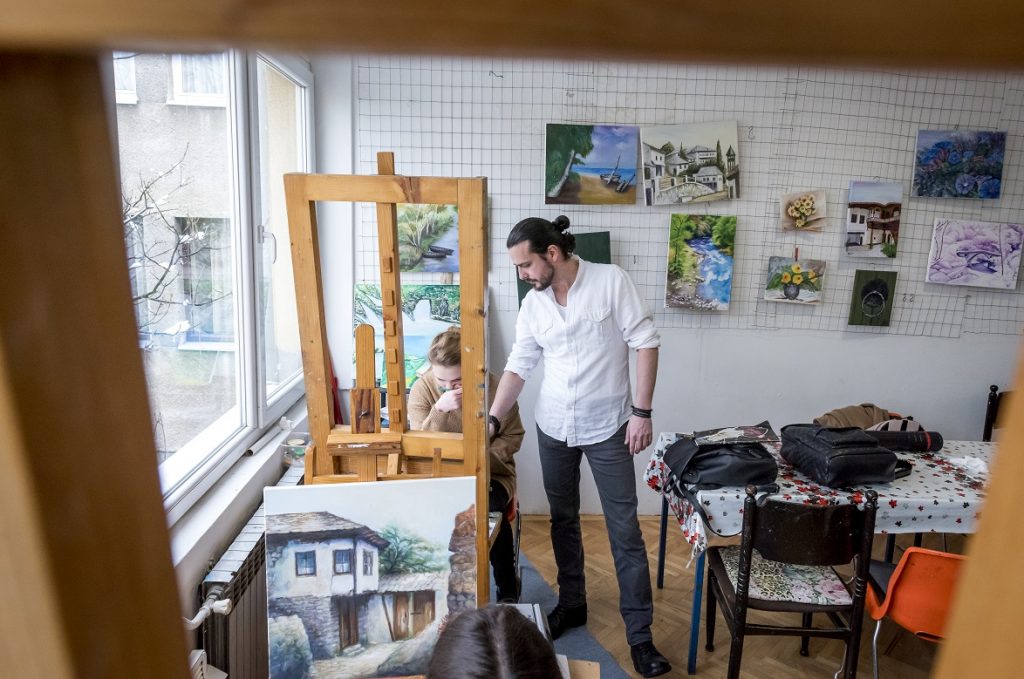 Sketches he has made 15-20 years ago will be exposed at the exhibition, and for the first time he will show them to the public.

– Some of them were drawn on bills, and I created them in cafes, drinking coffee. Now I’ve redrafted those and it’s time to show them. If you are wondering why I was drawing on my bills, I must explain that it is one of my passions to read the books with a pen in my hands, or to draw through the letters while reading. Thus, from this passion, the idea for this exhibition was born – Lukač explained, and discovered that he will also display several relieves, sculptures, and a semi-installation.

He reveals that the exhibition “O ženi” consists of two parts, and that the second part is currently in small sketches.

– It will be dedicated to a woman, only thematically slightly different. The plan is actually to dedicate this to women who are suffering from cancer. And it is my desire is to exhibit it at Department of Oncology, to make a surprise for them. If I succeed in doing so, I will be immensely grateful – Lukač is honest.

And although the exhibition is still in the process of creation, there are already calls for it…

-I received an offer to transfer the exhibition to Istanbul hospitals, and calls from some other European cities – Adis reveals.

He recently returned from an art colony that was hosted in Turkey’s Adana, and his work Hasanaginica left to adorn the palace of the mayor of Adana, Huseyin Sozlu, organizer of this cultural event. Just like last year, he chose Adis’s work among hundreds of artists from different parts of the world. 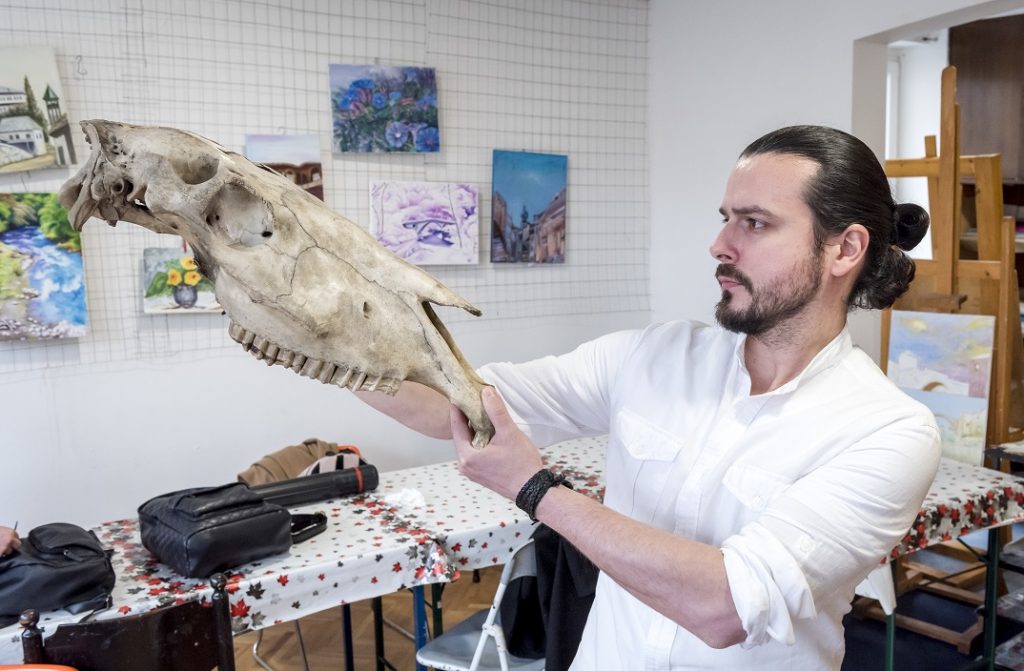 The mayor’s palace in Adana is not the only place that Hasanaginica decorates. The same work, made like a relieve, as a transitional form between drawing and sculpture, from the last year decorates the National Theater in Sarajevo.

Adis Lukač is a painter of emotions and traditions, and on his canvases always dominate cult characters and events that marked our rich past. He was especially prominent as a sculptor after he resurrected in the stone the Bosnian king Tvrtko I Kotromanić, who now decorates the city of Tuzla.

Love for art was born when he was a boy when his family table was his “canvas”, more precisely, he painted the inside part of the table, and clumsy lines grew into serious painting, and then sculpturing praised by audience and critics.