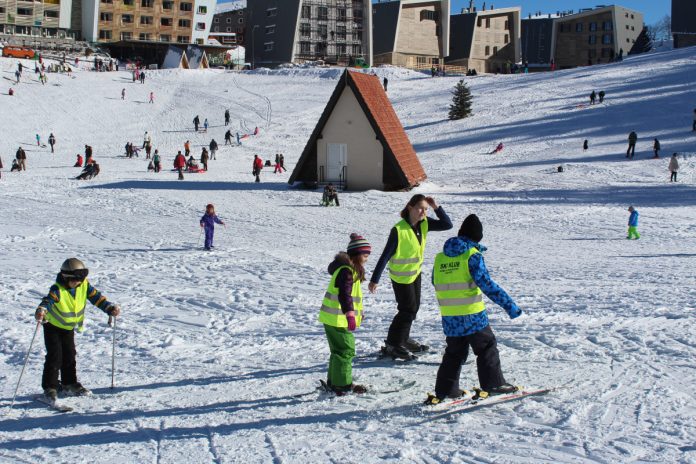 Thirteen-year-old boy from Sarajevo, Din Džananović, is a future great skier. His field of view is less than five percent, but the newly discovered love for this sport, with the will and talent that he has, will probably bring him one day to the Paralympic Games.

Din attends a ski school for people with disabilities in Bjelašnica, where, with the support and great efforts of coach Nijaz Memić, he learns his first skiing steps that may once take him to a big competition and why not the Paralympics.

Coach and a student

– I am proud of the fact that in just three days we managed to master the basic skiing steps. In addition to Din, there are many children with disabilities, but also typical children, giving this project an additional dimension and inclusive character. I am extremely proud of that – says Memić, who teaches children skiing, and at the same time, he is their pupil.

– We have mutual benefit from this. I am not only a trainer, an instructor and a teacher, but also a student, they teach me the sign language and much more. I am very proud of the project “Skiing for All” – says Memić. 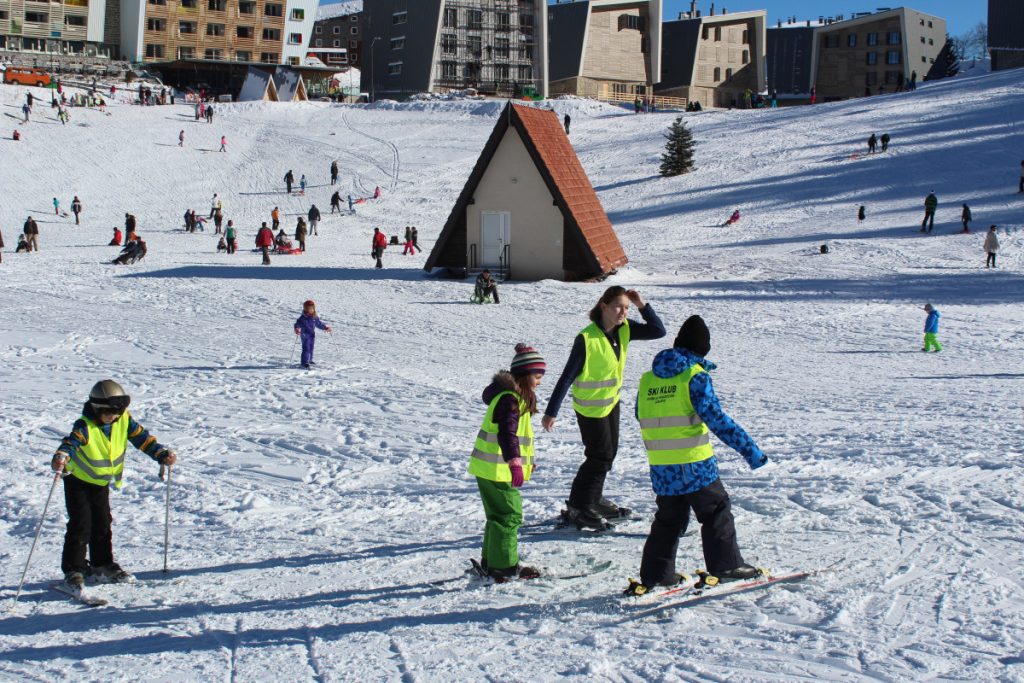 We talked to Din, who is happy because of the skills he acquired. He likes this sport a lot and will continue to ski.

– It’s a little hard to walk in the ski boots, but it’s great on the skis. I had to miss two days because I got a cold and I had to take a break. I was lying home and I was sorry that I did not ski, but today I came back and enjoy it. When I descend down the path, as if I can see better – says Din, who had previously practiced swimming, and will again, he says. This boy of versatile interests, besides sports, plays the piano and learns foreign languages.

Among the diligent students, there is Borna. He took a little break before returning to the track, so we asked him to tell us his impressions. On his face, you can see the joy because of skiing successfully despite the fact that he has cerebral paralysis.

– This is the second year I’m skiing. It’s great for me, I’ve mastered it well, but it’s a bit hard to climb, I cannot climb up wearing skis, but I’m trying hard. This day was my best in this year and I love this track very much – says Borna.

The ski school is organized into two groups so that all small skiers can get full attention and support, and the only person who works with them is Nijaz, who, in this noble mission, gets help from his wife Lejla and his daughter, whenever they have time.

“This year we have many more interested children, and they come with different types of disabilities, so I had to divide them into groups – says Nijaz. 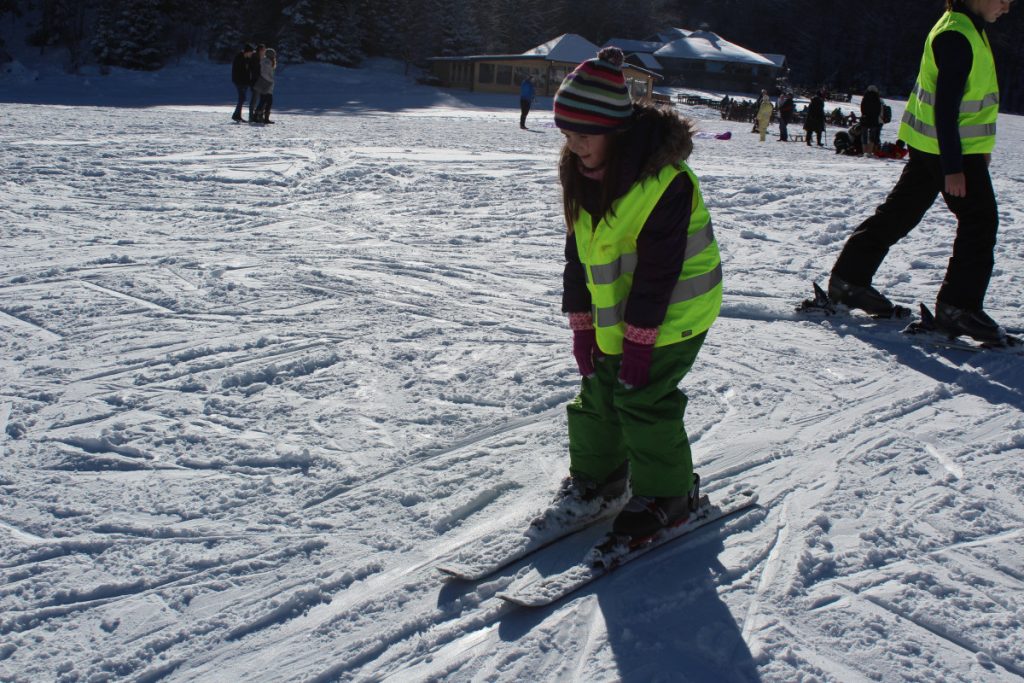 Skiing is a complex sport that requires coordination of movements when healthy people practice it, and when it comes to people with disabilities, this process is more complicated depending on the type of disability.

– The will of these kids to learn how to ski is incredible and I’m happy that they do not give up at any moment. Everyone is working hard. I am deeply convinced that Din Džananović will one day become the first representative of Bosnia and Herzegovina in his category at the Paralympic Games – says Memić, who by his example can best show children how effort is worthwhile.

Nijaz lost his leg in the war, but he never lost his will and strength. Now such a spirit is transmitted to children.

He adds that thanks to the sport he has visited almost the entire world, and has the will to acquire academic education and benefit the community.

– I am trying to transfer this attitude to these children, because through sports, competitions and socializing, they will surely be useful members of society tomorrow, and most of them believe that they will graduate from colleges and then transfer their knowledge to others. This is much more than sports, this is primarily the therapeutic function of sports, and after that comes the rehabilitation. They feel a lot better, they are full of confidence, they communicate without problems … I am very proud of them – says Nijaz.

He adds that the problem is the lack of adaptive ski instructors because there is no training course for them in Bosnia and Herzegovina. However, Nijaz hopes for better times. The support of embassies of foreign countries in B&H that have donated a part of ski equipment is significant.

The ski school is free for all children thanks to donor support, and Memić thanks them for recognizing the importance of this project.

Nihad Kreševljaković, Ambassador of the Youth Olympic Festival: EYOF is much...