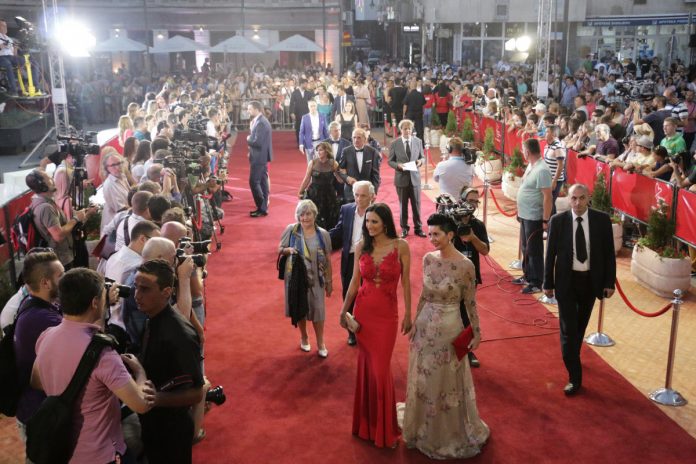 The Sarajevo Film Festival, its 24th edition, will be held from 10 to 17 August this year, and it will be opened by the film “Cold War” by Oscar-winning Pawel Pawlikowski, who was awarded for best performance at the 71st Cannes Film Festival.

Director Pawel Pawlikowski will present the movie „Cold War“, which thrilled both the critic and the audience in Cannes, to the audience of the Sarajevo Film Festival within the Open Air program, and the film will be simultaneously screened at the Raiffeisen Summer Theater and the Sarajevo National Theater.

It will be the second visit of Pawlikowski to Sarajevo Film Festival. We remind you that in 2014, within the 20th edition of the Festival, he presented the film “Ida”, which was later awarded by Oscar.

“Cold War” talks about a passionate love story between two people of different origin and the temperament that fate fatally merged. Placed on the time of the Cold War during the 1950s in Poland, Berlin, Yugoslavia and Paris, a movie describes impossible love in impossible times.

In the competition section of the feature film, visitors of the Festival will have the opportunity to see ten , there are ten motion pictures, of which four will be world premieres: “One and a half Prince”, directed by Ana Lung, “The Pigeons Thieves” directed by Osman Doğan, “Love 1.”, Directed by Florina Şerbana, and “All Alone”, directed by Bobo Jelčić.

Under the leadership of the Iranian director and screenwriter Asghar Farhadi, one of the most important filmmakers of today and double winner of the Oscar, the jury of the Competition Program – feature film of the 24th Sarajevo Film Festival will gather renowned filmmakers and artists from five countries – Iran, Great Britain, Croatia, USA and Georgia.

They will decide on this year’s winners of the Heart of Sarajevo Award, and the winners will be announced at a ceremony that will be held on August 16.

With Asghar Farhadi, the best will be decided by actress from Croatia Judita Franković-Brdar, Art Director of the International Festival and Macao Mike Goodridge Prize, photographer Brigitte Lacombe, screenwriter and director Ana Urushadze.

In seven days of the film magic, Sarajevo will be the regional center of the seventh art, and as every year, a great number of visitors from all over the world are expected to enjoy the film achievements, as well as the accompanying contents that are organized in the capital of Bosnia and Herzegovina. The After Film Music Festival will follow this during the Sarajevo Film Festival, at Dom Mladih.

Every day after the screening of the films at Sarajevo Film Festival, all Sarajevans and guests of the capital of Bosnia and Herzegovina will be able to enjoy great music events. This kind of music festival begins on 10th, and ends on August 16th. The list of participants is long, and the most famous names are Psihomodo Pop, Mladen Tomić, Jinx, Urban&4, Marko Nastić …

In order to meet the demands for a richer tourist offer, the representatives of the local authorities also took care of some things. Thus, working hours of the catering facilities in the Municipality of Centar during the Sarajevo Film Festival will be extended.

Turkish director Nuri Bilge Ceylan, one of the most appreciated film authors of today, will be guest of the program dedicated to the 24th Sarajevo Film Festival. Film critics describe him as the author of an original cinematic style based on extremely emotional films of a unique atmosphere that examine traditional values ​​and family relationships, exploring the human soul and dealing with existential issues such as the question of life and death.

Džeko Hodžić: It would take 300 years for me to paint all...