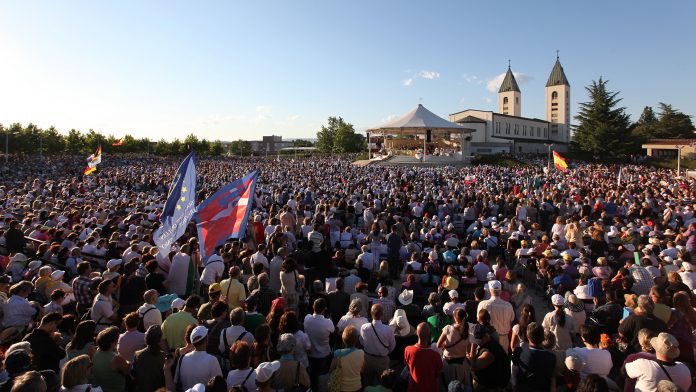 Bosnia and Herzegovina has, for centuries, been the site of the encounter and coexistence of different peoples, and rich religious and cultural heritage, and it is among the wealthiest of the European countries. 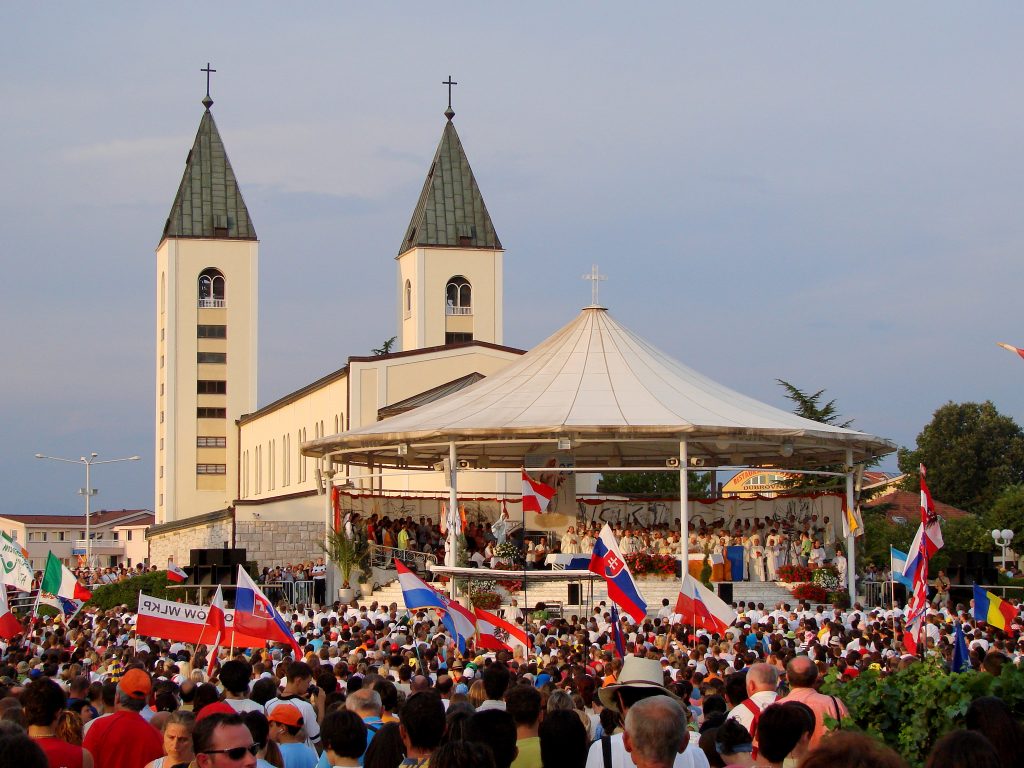 Three great religious communities are present for years in our country, and Sarajevo, as the capital of Bosnia and Herzegovina, because of its religious diversity is known as “European Jerusalem”. Also, Sarajevo is the seat of the Muslim religious leader, Reisu-l-Ulema, the Metropolitane of Dabar Bosna, metropolis of Serbian Ortodox Church,  the Roman Catholic Archdiocese of Vrhbosna.

Hundreds of thousands of believers

Each of these religious communities has significant sanctuaries visited by a large number of believers annually, and the most visited shrine, or the most attractive destination, is Međugorje – a place of Our Lady’s of Apparition, located 25 kilometers from Mostar. Since 1981, when a group of young people testified of Our Lady’s Appearance, at least one million pilgrims visit this place annually. 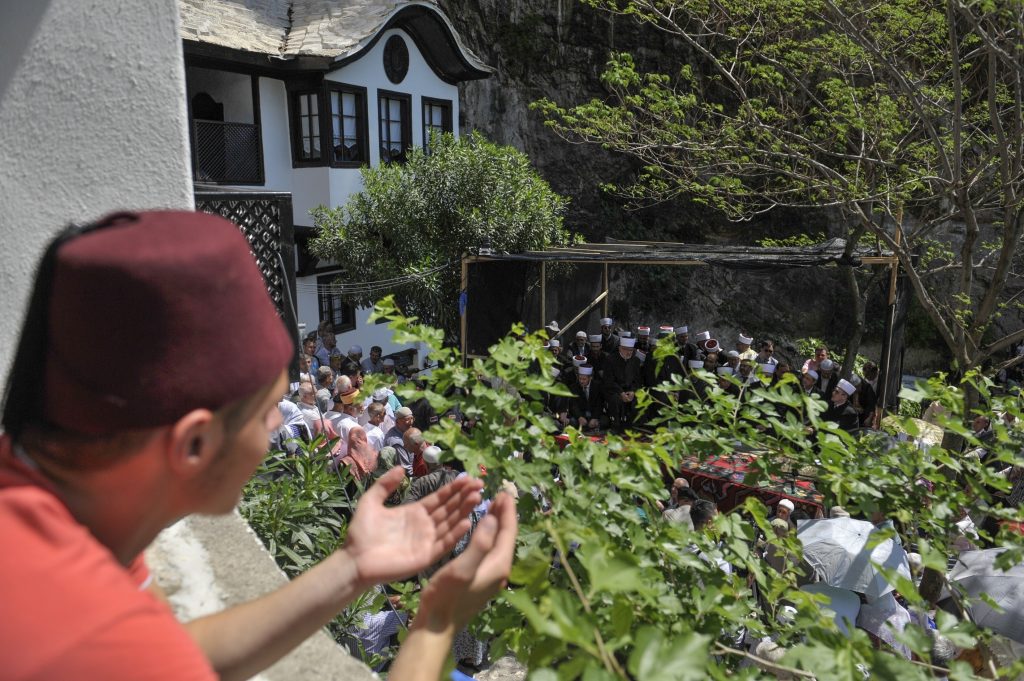 In addition to Međugorje, the most attractive destination on the BH religious tourism map is Ajvatovica – the largest Muslim pilgrimage site in Europe, where more than 500 years believers are gathering. Ajvatovica is located in Prusac, a town between Bugojno and Donji Vakuf. Ajvatovica has a legend about a mystical event from the life of Ajvaz Dedo (Grandfather Ajvaz), who came to Bosnia and Herzegovina in 15th century.

The legend says that Ajvaz-dedo, having found a mountainous spring, tried to bring water to Prusac, because the town was in a lack of water. Not far from the springs, 74 and a 30 meters wide rock stood on his way. The legend says that Ajvaz Dedo prayed for forty days in the waking of the day, asking God to split the rock apart. On the fortieth morning, after the first prayer, he had fallen asleep, and in the dream he saw that the two white rams had collited and the rock split in half. When he woke up he saw the rock apart. After that Ajva Dedo has built a running water system and let it through the mentioned rock to Prusac. The Tekke on the Buna River in Blagaj was founded after the arrival of the Ottoman Empire in Herzegovina, in the 15th century, and represents the place where dervishes, with a special ritual, do the zikr – celebration of God. Tekke was built near the River Buna, and every year, in May, thousands of visitors attend a religious manifestation – mawlid.

One of the most significant monasteries of the Serbian Orthodox Church is Monastery Tvrdoš, dedicated to the Ascension of the Holy Virgin and it is the seat of Herzegovinian bishop and the metropolis. The monastery is located not far from Trebinje and there are three different versions of its occurrence. According to the first version, Saint Constantine and his mother Jelena founded it, second King Milutin, and according to the third story Herceg Stjepan Vukčić Kosača built the monastery.

There is also the monastery of Gračanica in Trebinje. The bones of the poet Jovan Dučić were taken from the United States to this place in 2000. It is a copy of the Gračanica monastery from Kosovo, that is why it is also called Hercegovačka Gračanica (Herzegovinian Gračanica).

Among the inevitable destinations of religious tourism in Bosnia and Herzegovina, there is certainly Monastery Žitomislić, dedicated to the Annunciation of the Virgin, located near Mostar. Monastery Žitomislić represents culturally important Orthodox monastery in Herzegovina from the 16th century. Qadi of Nevesinje issued a permit to build the church in Žitomislići in 1566. Work on raising the church and construction of the monastery buildings around it lasted more than 40 years, and already in 1606, first monks are being mentioned. One of the destination is the cave, which is located in the village Brateljevići near Kladanj known as “The girls’ cave“. Legend says, and the site, the cult, and the grave prove that everything happened during regular gatherings of young people in the village, when boys and girls used various quips to tease each other. One of the tasks of proving courage was the bet in which one of the young men should be courageous and bring from the spring, from the center of the cave, a jug of cold water.

As none of those present boys showed courage one of the girls said she would do it. In order to convince the audience that she will really complete the task, as evidence she brought spindle that would stick near the source in a cave. Girl went to the cave, took water from the spring, but when she tried to stick a spindle she pierced it through her garment as well. When she tried to stand up, she felt that “something” was pulling her from the spring, and out of great fear, she died. The girl was buried by the spring, and her grave was petrified. This place is converted into a pilgrimage site which is today one of the most important in the region and annually brings together more than 50,000 pilgrims a day. Church of the Virgin’s Assumption is a Catholic church in Olovo, known as a Marian pilgrimage is one of the largest pilgrimage places in the Balkans. The pilgrimage happens mainly on the Feast of the Assumption, in mid-August, but also on other occasions. According to a record from 1679, Catholics from Bulgaria, Serbia, Albania and Croatia visited Our Lady.

In Olovo shrine, there are two pictures of Our Lady. One is from the 18th century with the inscription S. Maria Plumbensis, which was, until 1920, with Franciscans in Ilok, and later on Petrićevac, and in Sarajevo, but in 1964 it was transferred to Olovo. Gabriel Jurkić made the second picture in 1954, according to description of the former Lady, which disappeared.

The eternal “quarrel” between Bosnians and Herzegovinians and the region: Burek...

The symbol of Konjic – Old Stone Bridge: The place where...