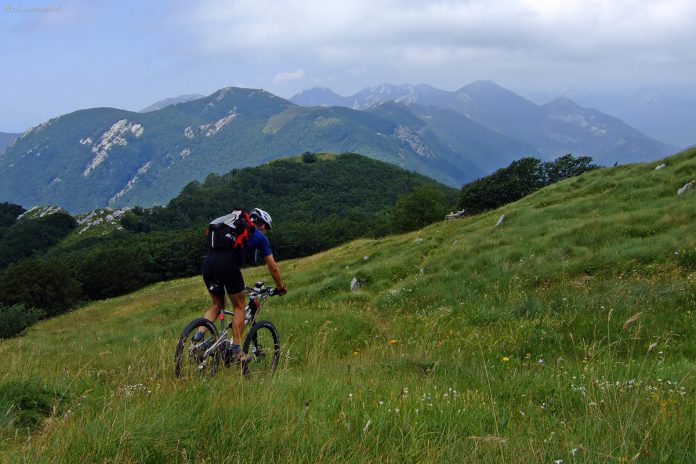 Visočica is a mountain in Bosnia and Herzegovina, south of Bjelašnica, the highest peak Džamija (Mosque), 1,967 meters above the sea level. According to folk tradition, the peak was named after the fact that once at the end of the summer, at the very top, farmers used to make the mosque from slices of cheese, as the sign of gratitude for the numerous lush pastures which mountain Visočica gave.

Visočica forms a natural border between Bosnia and Herzegovina. Some do not agree with it, nevertheless, they all agree that it is one of the most beautiful BH mountains.

On the east side of Treskavica is separated by the river Ljuta, from the south and southwest by the river Neretva from Prenje, and from the west and north by the canyon of the river Rakitnica from Bjelašnica. There used to be a lot of sheepdogs at Visočica, which are very few today. Nevertheless, unlike other mountains here summer cattle breeding is preserved in its original form. Here you can get the most delicious dairy products.

Numerous necropolises with tombstones testify that these regions were inhabited hundreds of years ago. At an altitude of 1,691 meters, near Veliko Lake, there is a necropolis Poljice with 49 tombstones which was declared a national monument of Bosnia and Herzegovina.

On the slopes of the mountain there are typical mountain villages Bobovica, Ozimine, Đulbašići, Pervizi, Sinanovići, Bjelimići … In these villages inhabitants are very welcoming. If you need to spend the night, there will be no problems, and you will not be hungry or thirsty. Visočica cannot boast of the richness of water and full springs, but the waters never dried out.

Because of its distance from Sarajevo, Visočica has not been visited much in the past. The construction of new roads made it available to many nature lovers, and is an ever-growing mountain each year, as it provides numerous opportunities throughout the year, from hiking and skiing to mountain biking. On one side, it was covered with pastures, and on the other by thick pine forest.

Rich and unrivaled pastures, rich forests and picturesque canyons are the biggest decorations during the summer, while white snow peaks take breath away during winter. You can see all this as i fit was on the palm of your hand, pure nature in its full shine.

“Icaruses” from Mostar jump in Neretva for 500 years