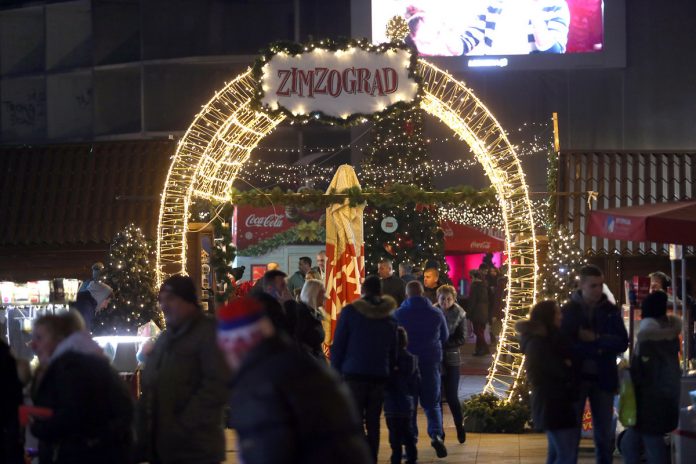 Banja Luka has prepared a rich New Year’s program, and according to the current announcements from the City on the Vrbas River, they are in serious competition to become a regional center during New Year’s holidays.

From December 30 to January 1, in Banja Luka, some of the biggest stars in this region will be performing. On the New Year’s Eve, Haris Džinović will entertain citizens of Banja Luka and numerous tourists. Željko Samardžić will perform in the center of Banja Luka on December 30, and Željko Joksimović’s concert is expected on January 1.

Representatives of city authorities held a meeting with representatives of tourist agencies and hotels, and on this occasion it was emphasized that for this year’s manifestation “Banja Luka Winter” a rich program and great concerts are prepared.

In addition to the concerts, the organizers of the City Administration of Banja Luka announce various attractive tourist facilities on five locations in the city, in the park Mladen Stojanović, the park Petar Kočić, Krajina Square, the plateau in front of the Museum of Contemporary Art and a park near the National Theater of Republika Srpska.

– The goal of this concept is to attract as many tourists as possible into the city. Hotel operators and agencies were invited to prepare special tourist packages in order to keep Banja Luka continuing the trend of increased number of tourist visits and nights – the Banja Luka City Administration stated.

The Culture, Tourism and Social Policy Department announces that “Banja Luka Winter” event will offer attractive content that will attract a large number of tourists to the city, and are convinced that several new airlines from the Banja Luka Airport, which have been opened recently, will benefit them.

As in the previous years, ‘Zimzograd’, a small winter town will be opened in Banja Luka, and it will last from December 15 to January 30. It is a novelty that the cottages and other entertainment facilities will be placed in the park Mladen Stojanović, and not on the Krajina Square, as it used to be in previous years.

-This season, at the most beautiful location in the heart of the city, a completely new Zimzograd story is expected. We will pamper visitors with the splendor of hundreds of thousands of lights and a magical atmosphere. Many attractions and entertainment facilities are expected – organizers announced shortly.