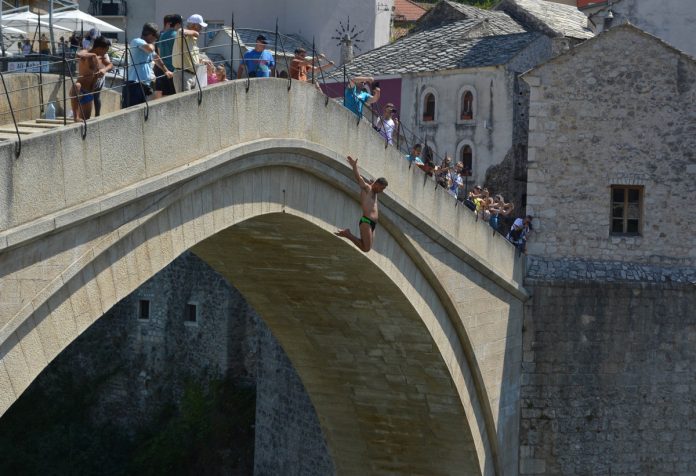 The Mostar Old Bridge is not only famous for its architecture, but also its jumps that have been performed for 500 years. The only difference is that nowadays no pashas or viziers are sitting on the sides of the bridge, but foreign and domestic tourists. Many of them do not want to give money to record with their cameras jumps of “flying Icarus”, brave young men who boldly jump from the top of the stone arch into the cold Neretva, but they do not jump until they get enough money to jump.

The price of a single jump in the season is 50 euros, and out of season when it should be more expensive, given the conditions in which they leap into the cold Neretva, they are sometimes forced to jump even for 30 euros.

– If you came to Mostar, and you did not watch jumps, you were not here – says Ermin Sarić, a member of the Jumpers Club “Mostari“, who has been jumping for 18 years for tourists who are willing to pay. 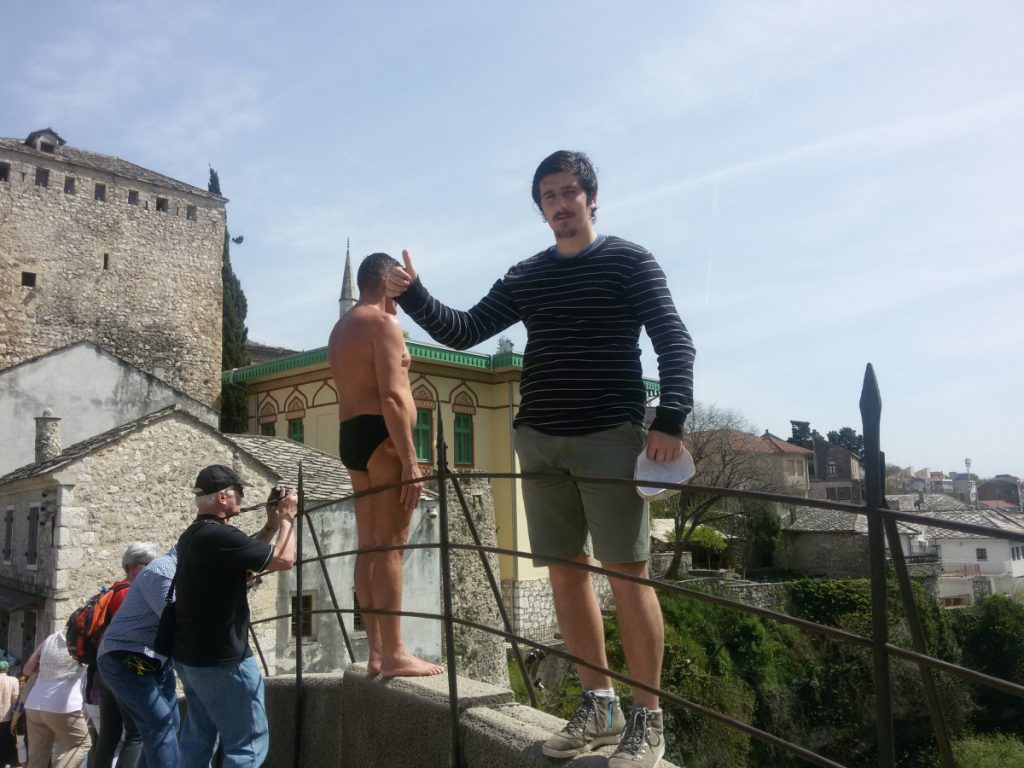 Tourist are more numerous this year, and therefore jumps as well.

– Since March, every day we have three or four jumps for organized groups, thanks to the tourist agency “Fortuna”. We are pleased. It seems that this will be a good season – said Sarić, as he prepares for the jump.

He will flow into an emerald beauty only when enough money is collected.

– It’s all up to us, how much we collect you can see yourselves. People who seem to you, at first glance, wealthy, “gents” and ready to pay will not give a mark for jump, some retiree will give mone before these gents – says Sarić.

Asked if he could live well only from earnings from jumps, Sarić slammed his shoulders and explained it.

– I work for a day on the bridge, and then I am off for a day, from March to the beginning of winter, when I pause for a couple of months. If I save and live modestly during the season, spend for the basics only, I can save up to 10,000 BAM. However, in the winter I do nothing and I live from the savings from the season, so that’s nothing, when you collect calculate the total. It’s not much of a profit – he emphasizes.

He recalls the “golden times”. It was a period since the opening of the renovated Old Bridge in 2004, and a few years later.

– In those three months in the season, you could earn as if it were for two whole seasons. Whoever came to the bridge paid for a leap – recalls Sarić. 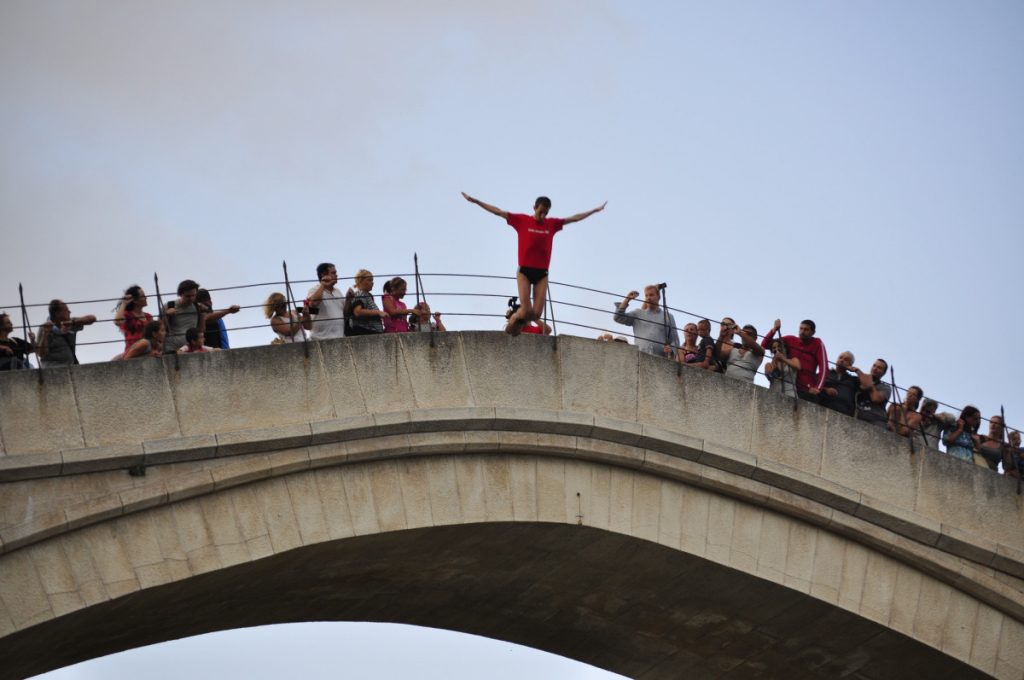 He recalls the jump for which he had been paid the best money. Japanese television recorded a show on the “Icaruses” and paid 600 euros for the jump. Him, Sanel Pehilj and Ugljen Damir performed a jump together.

– I remember today and I will remember that day for a long time. The water was “from the hill to the hill,” jumping into the icy Neretva was a big challenge, but we jumped – recalls Sarić.

He was never hurt during a jump.

– For me this has become a routine, I can jump in with my eyes closed. When I cross the fence, I slowly breathe and jump even slower. It’s a recipe – says Sarić.

Every year, in the club “Mostarari”, there are fewer jumpers. Today, we have six-seven active jumpers.

Everyday jumps from a height of 27 meters in icy Neretva, he says, are the best training for the competition, and this year, he is proudly going to jump in front of a million auditors.

Midhat Hubijar, President of the Tourist Association of the Sarajevo Canton:...