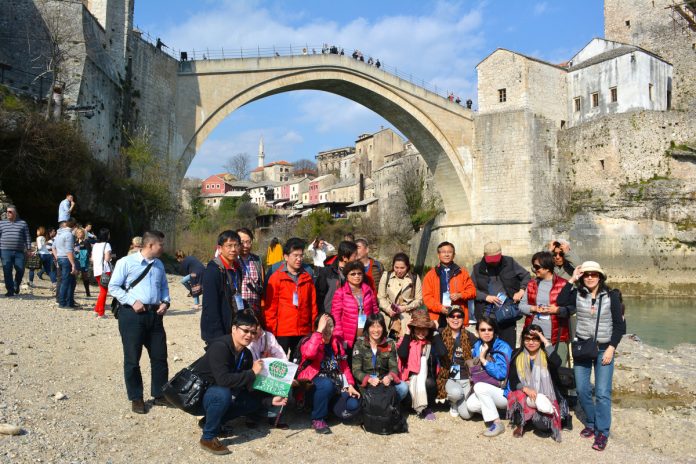 Almost all media have placed information at the beginning of this year about the tourism boom of Bosnia and Herzegovina, which has classified this sector of economy into one of the fastest growing sectors of BH economy. Naturally, this also coincides with official positions and strategic commitments that Bosnia and Herzegovina has diverse and preserved natural and cultural tourism potentials, which must be preserved and protected in order to achieve prosperous tourism development.

In an effort to find real arguments about the international competitive position of BH tourism the Travel and Tourism Competitiveness Index (TTCI) by the World Economic Forum (WEF) was consulted, and it measures 75 factors that affect the competitiveness of the tourism industry in 136 countries worldwide. Each of the factors has values ​​ranging from 1 to 7, and the final index is derived from 3 sub indices composed of 14 pillars, each of which includes all factors mentioned.

According to these data, Bosnia and Herzegovina is at 113 place with an average grade of 3.1. The highest average score of 5.7 and ranking 56 is in the area of ​​health and hygiene, and somewhat lower ranked is safety on 76th place with a score of 5.4, then information infrastructure in 75th place with the grade 4.3, and tourist infrastructure at 78th place, rated 3.9.

In addition, in some areas an unenviable ranking has been recorded and, accordingly, a low score, which primarily relates to the business environment, aviation infrastructure, cultural and natural resources, and generally the commitment that tourism can become an important economic branch. It is particularly indicative that natural and cultural resources are almost at the very beginning, indicating that these factors of competitiveness have not been adequately addressed.

Referring to the beginning of this text and indicating strategic commitments in the tourism sector, in accordance with the generally known theoretical postulates, the heritage is an important factor, and in that segment, natural and cultural resources are placed. The goal is primary, achieving the competitiveness of all branches of industry, and then it is visible that insufficient attention resources of tourism development led to low competitiveness of Bosnia and Herzegovina as a tourist destination.

Considering that the multiple effects of tourism can have a positive impact on the economy and increase the overall competitiveness of the economy, it is necessary to identify all available natural and anthropogenic resources and attractions in order to be able to come up with a perspective on prospective forms of tourism and tourist destinations that can be competitive on the growing touristic market.

Tourist destinations in Bosnia and Herzegovina can become much more interesting in the market if they activate their own natural and anthropogenic attractiveness and achieve authentic identity and ambiance, and if they achieve success, it will primarily depend on the dynamics of identifying consumer segments on the side of tourist demand and the ability to create the tourist offer which will satisfy these segments.

Consequently, it should be borne in mind that tourist destinations are not just places of tourist consumption, but also localities inhabited by domicile residents, who by their active participation strongly influence the creation and placement of a tourist product. This aspect will be particularly relevant because tourism perspectives can be sustainable only if they are accepted from the domicile population and integrated into the local economy.

Adnan Hamzić, personal chef of the Ambassador of Italy to Bosnia...