In 1983, Sarajevan Hamid Hadzic, as a scholarship holder, started working at the hotel “Holiday Inn”. The first true love for this guild he felt in this hotel thanks to the best chefs who worked there at that time. This international culinary knight of southeastern Europe got the award in 2015, learned from the best, like the master chef Stevo Karapandza whom Hadzic met in 1987.

– Stevo was then guest at the prestigious restaurant “Magnum”, and I added some ingredients to him and helped him a bit. After 20 years, we met again in Budva when I was a World Judge of the World Cooking Organization, and since then we have often been together in all regional competitions. I think we’ve become good friends. You know how it goes – we judge dishes of competitors, and our wives are hanging around during that time – said Hadzic, laughing, adding that he received a prestigious award in Belgrade at the initiative of cooking organizations from Montenegro and Serbia.

Most of the time, almost 30 years, Hamid worked at the Holiday Inn Hotel, first as a cook, then a shift manager, and finally as a chef. As a young chef he had the opportunity to work in many countries of Europe and the region, except in Macedonia, as a visiting chef in most of the good restaurants and hotels.

Currently, he is employed in Prijepolje, Serbia, where he is engaged as a catering consultant and chef in the newly opened hotels. During his many years of work, the cook who, according to him, had the best practice while cooking during the 14th Winter Olympic Games in Sarajevo in 1984, won many awards and recognitions.

– There are many, but one his favorite is the first chef of the Association of Chefs of the Mediterranean Region of Skmer. I am also their the Ambassador for Bosnia and Herzegovina. I am proud of being an honorary member of many European cooking associations – he says. 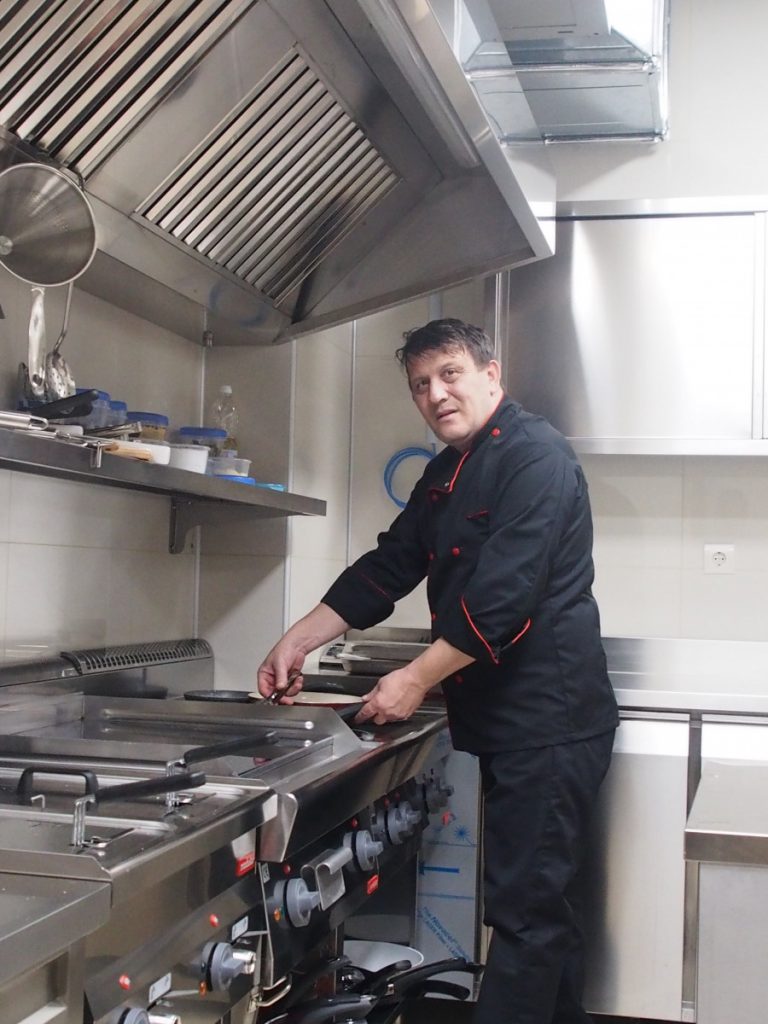 For him, cooking is not a craft but art.

-That’s a profession full of sacrificing, investing in yourself. I am talking about constant learning and education in different segments of gastronomy. Of course, a talent is crucial, but also the love that a person needs to feel for what he or she is dealing with – he says.

Hamid had so far the chance to work in many hotels that have all segments of modern gastronomy, such as breakfast, lunch, dinner, hot cold buffets, cocktail parties … The most important thing is that after many years of various responsibilities, as the first among the same, you love every segment of cooking. After that, nothing is difficult.

– At least my experience is such, although I have to admit, I do not like to make pizzas and uštipci (fried dough balls) – Hadzic is honest.

In his many years of work, he cooked for many celebrities. He does not like to boast, but he says – during the 14th Winter Olympic Games, whoever made a trip to Sarajevo, had to try something he prepared.

Wife is the chef

– I have been cooking for Juan Antonio Samaranch, Bill Clinton, Recep Tayyip Erdoğan, Lady Diana, Kirk Douglas, Angelina Jolie, François Mitterrand and many other important figures, presidents, ambassadors, artists. There were many nice comments and praises that made me happy. Of course, there were also some objections by guests, but everything could be corrected – Hadzic recalls.

Although he is the chef, in Hamid’s family his wife is the chef. That’s how it has been since they are married.

– In the beginning I used to help her with advices, but I also stopped doing it a long time ago. She is a great cook and I rarely have something to complain about – he says.

He got acquainted with all the cuisines of the world and tasted many national dishes of the countries where he was staying. Nevertheless, his favorite is Bosnian, and then French, because of the sauces that are the hardest area in every cousin.