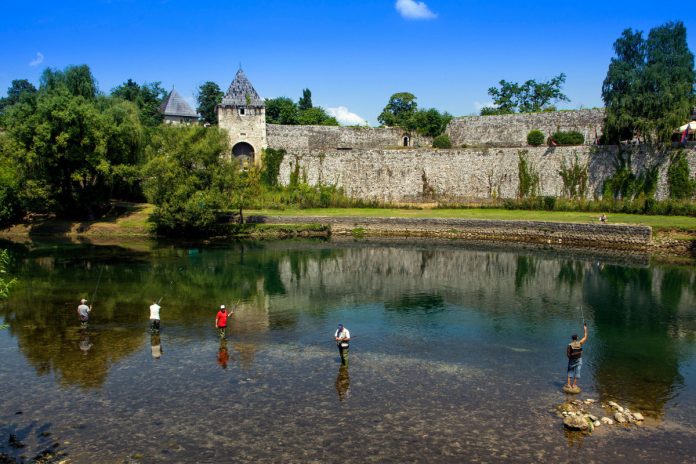 The oldest historical monument in Banja Luka and the unique jewel of this town is the Fortress Kastel.Ramparts of Kastela are located in the center of Banja Luka on the left bank of the Vrbas River and for centuries they testify to all (un) fortunes that crossed this area. Today, Fortress Kastel is a monument of the first category.

Although there are no reliable data on the precise time of the formation, archaeologists confirm that the remains of the Neolithic settlement were found in the area of ​​this Fortress.

– Many circumstances point to the conclusion that this was exactly the place where the Roman settlement Castra was located. Romans were exposed to frequent attacks of barbaric peoples, and they had strong enough reasons to defend the road that passed through the Vrbas basin. In support of such claims, the archeological finds found in the area of ​​today’s Kastel are also related to Roman ceramics, money and construction. A particularly important finding is an antique altar, dedicated to the god Jupiter, found in 1885 when building a bridge over the Crkvena – members of the Tourist Organization of Banja Luka explained.

In the Bosnian medieval state there was Vrbaski grad (Vrbas town), which, according to some assumptions, was located on the site of today’s Kastel. The intense construction of Kastel begins during the Turkish occupation and the rule of Ferhad pasha Sokolović. In addition to this fortification, he is building a number of other oriental-type objects.

– Ferhad pasha Sokolović is building his fortified tophana (arsenal) on the site of today’s Kastela, so that, ten years later, tophana grew into a fortified town with towers and bastions, which was continually upgraded – they stated in the Banja Luka Tourist Organization.

The fortress, and with it the city of Banja Luka, were especially important during the Austro-Hungarian-Turkish wars as an important geostrategic center.

From the outer walls to the interior, almost every stone of Kastel tells a story about both the past and the present. Unfortunately, for decades it is neglected, part of Castello is completely lapsed and it is devastated, and the completion of the project of its restoration is expected, in order to make it shine again.

The second part has been restored thanks to the efforts of city authorities and financial assistance from EU funds. In this revitalized part, there is a Stone House, that is, a museum with a yard, which again can be an unavoidable motif from Banja Luka postcards.

Inside the walls of Kastel there is a Roman sarcophagus, then a Roman milestone from the former Salona – Servitium road, summer stage, children’s playground, catering facilities…