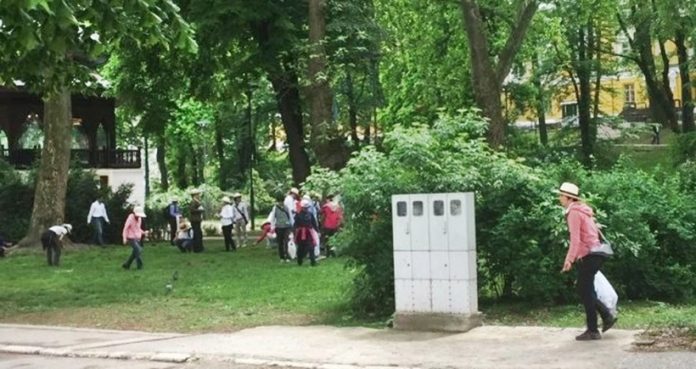 The reason for this title, and generally for the topic of this column, is media coverage of the news from the beginning of May, which showed that tourists from one of the Asian countries in the Sarajevan Park At Mejdan, took bags and picked up garbage that was on green surfaces.

Namely, tourism as an indispensable part of modern society is the bearer of positive social functions and as an economic activity connects the most sectors and levels of activity. In addition to valorizing the specific tourist attractions of a particular site, its environmental quality is imposed as a crucial precondition for the development of tourism.

It is practically necessary to answer the question of what is the economic minimum of pollution of the natural environment so that tourism as an economic activity can develop at a site that has certain potentials for development of tourism. The solution is practical in achieving a harmonious relationship between economic development and environment, ie, rational management of the natural environment. All this makes up one solid chain, that is development-production-spending of natural resources-pollution, and it is precisely that last link, pollution, that is an inevitable economic category to be counted in, which is at the same time a consequence, but also the price of this development.

This requires the establishment of an adequate level of environmental responsibility, for the simple reason that natural constraints have become an inevitable companion of development in general and its structural element of dynamics. Therefore, the protection and preservation of the environment is equally important macroeconomic goal, as are the results of the production process.

Given that tourism in Bosnia and Herzegovina is increasingly imposed as a prospective economic branch, then the proper consideration of its ecological component is certainly a very important obligation, not only of economic entities that “produce” certain environmental destruction, but also all inhabitants. These ecological factors can play a crucial role in composing and designing a tourist product in the near future due to the global increase in tourism trends and demands for higher quality of life, health, recreation, on one hand, and all significant environmental disorders in the tourist’s homes. All this suggests that this problem must be approached from a scientific point of view, focusing on:

– Ecological disorders that have emerged as a product of pollution outside the tourist destination and, most often, have disrupted the ecological balance of river flows,

– Ecological imbalances occurring in the tourist destination as a result of industrial pollution and poor waste disposal policy and unregulated waste disposal.

Within this approach, all results of the research of ecological changes that are permanently carried out by the competent state institutions must be included, which should then be compared, which would create the conditions for a correct economic and business assessment on the aspects of tourism development and valorization of tourist resources. As a synonym for our insufficient concern for the environment, there is a reminder of the presence of garbage in our parks. Although, parks may be a much smaller problem than our river flows, because the rivers are polluted not only from industrial plants by the discharge of waste waters with harmful particles in them, urbanization of space and lack of collectors led to direct discharge of sewage into the river flows.

The unquestionable factor of tourism development is also the air quality, whose “non-quality” can endanger all other real tourist potentials. As an illustration, the example of Visoko, which is experiencing a true tourist boom and becomes a target of the arrival of curious people from all over the world, with a desire to be persuaded in an existence of the Bosnian Pyramids. However, the unpleasant “smells” emitted by the local industrial zone are a factor that can affect tourism perspectives in a negative context and pose a problem that needs to be addressed by taking into account the concept of sustainable development, ie reaching consensus between the needs of the economy and maintaining the necessary quality of the environment.

Going back to the beginning of this column, one can conclude that it is disastrous for us, as citizens, that foreign tourists have shown us with this gesture that we have to raise our culture of life to a much higher level. However, it may be a greater gain in the fact that at least one part of us, in the future, will act differently towards the environment.

Pannonian Lakes revived the city that lies on a grain of...