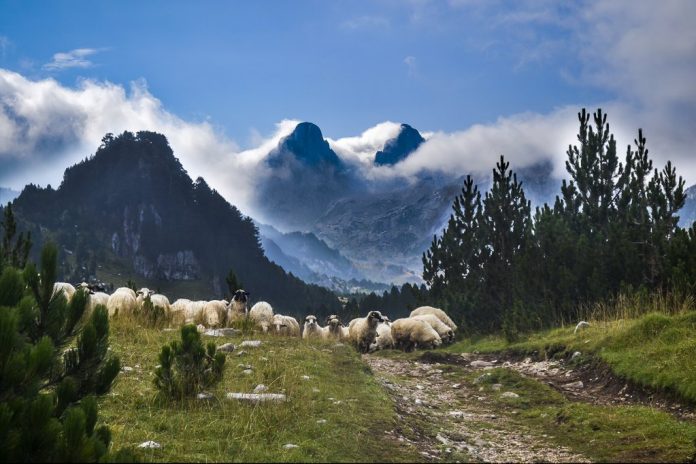 The beauty of mountains in Bosnia and Herzegovina simply leave everyone breathless. It’s really hard to say which one of the BH mountain is the most beautiful, because each one is unique and authentic in its own way, and it represents the fantastic gem of nature.

Mountain beauties with their high peaks make four-fifths of the country and represent a part of the Dinaric chain that runs northwest-southeast. 60 mountains in Bosnia and Herzegovina have peaks 1,500 meters above the sea level, and 11 mountains have peaks over 2,000 meters. The highest peak of Bosnia and Herzegovina is Maglić with 2.386 meters of hight above the sea level.

Some people call Prenj the Himalayas of Herzegovinian. It is a mountain massif in Herzegovina with many peaks, of which the highest one iz Zelena glava with 2.115 meters of hight. It is located in the central part of the Dinarides, surrounded by lakes – Boračko, Jablaničko, Grabovica, Salakovac, as well as the rivers Neretva, Ljuta, Neretvica, Bijela and Drežanka. Prenj begins near Glavatičevo, on Neretva, and extends all the way to Bijelo polje near Mostar. It is surrounded by mountains Visočica from the east, Bjelašnica from the northeast, Bitovnja from the north, Čvrsnica from the west, Velež from the south and Crvanj from the southeast. At the foot of Prenje there are three towns – Konjic, Jablanica and Mostar, as well as numerous villages.

Maglić is a Dinaric mountain and is located about 20 kilometers southwest of Foča, along the border of B&H and Montenegro. It is surrounded by the river Sutjeska in the west, the mountain Volujak in the southwest, the rivers Drina and Piva in the northeast, and the mountain Bioč in the southeast. It is recognizable by green and white decor with high and steep cliffs and abundant with numerous water springs, the most famous of which are Kondžila vrela, Korita, Javorak, and the richest spring with water is on Prijevor. At a height of about 2,000 meters above the sea level at the location of Carev Dol, there is a spring that is rarity at these heights.

Volujak is a long ridge, located in the border region of B&H and Montenegro, between Maglić in the north, Lebršnik in the south, Zelengora in the northwest and Bioča in the east, making it one of the most beautiful mountain massifs. Second Mountain in height in Bosnia and Herzegovina. On the northwestern side of the massif is perhaps the most attractive peak of Volujak, Badnjina, 2.243 meters above the sea level. The ascent from Sastavci, through the Izgori, and along the Kuzmanska Stupa to the top of Badnjina, especially in winter conditions, is a bit more demanding.

Due to its height, many people call it the “roof” of Herzegovina (2.228 meters above the sea level). Čvrsnica is located in the municipalities of Posušje, Jablanica and Mostar, and is also an integral part of the Nature Park Blidinje.

Due to the unusual beauty of its natural environment, it is regularly the destination of mountaineers from the country and whole region. It stretches along the east direction, practically from Duvanjsko Field to Neretva. “Hajdučka vrata” are a natural phenomenon on Čvrsnica, which besides its beauty, astounds by its position, as it is located at the edge of a canyon as deep as 1,800 meters. The legend says that this is the place where hajduks were enunciated, and whoever passes through the Hajduk Gate becomes bulletproof.

Vranica is the highest and most famous mining mountain in central B&H and the highest mountain outside Herzegovina. However, it predominantly consists of a mild sloping terrain, which allows easy access and pleasant hiking. The most characteristic line of this mountain is Prokoško Lake, the lake of stunning beauty, a lot of trout and a rare triton water lizard, unique to this area. It is located between the towns of Gornji Vakuf in the west and Fojnica in the east, between the Vrbas and Bosnia rivers. The highest peak is called Nadkrstac and has an altitude of 2,112 meters above the sea level. This is probably the most well-preserved pastoral village in the Dinaric Alps. It is a mild mountain, with plenty of pasture and surface waters. There are many sources and many different caves and pits on Vranica.

Treskavica is one of the most beautiful mountains in B&H, and is located near Sarajevo. With its 2.088 meters of hight it is the highest mountain is Sarajevo and it is only 300 meters lower than the highest peak in the country, Maglić. An unusual occurrence for Treskavica mountain is the wealth of springs, some of which lie at the highest peaks. The data indicate that there are 365 springs on this mountain, among which are the sources of five large rivers, Željeznica, Bistrica, Ljuta, Bijela and Rakitnice.

There are lakes as well: Veliko, Platno, Crno, Bijelo and Zmijsko and Turov Stan, Kućare, Trokunsko, Gornja Bar and Simović Bar. The first five lakes are of glacial origin, and they are located 1,500 meters above the sea level and represent the most prominent traces of the ice age on this mountain.

The highest peak of Treskavica is 2.088 meters above the sea level and is truly impressive. When it is visible and the weather is sunny, visitors claim that the view from Treskavica reaches all the way to Montenegro and the Adriatic Sea.

Zelengora is part of the National Park Sutjeska. It is best known for its large number of glacial lakes (mountain eyes), of which the most famous are Kotlanica, Orlovacko, Štirinsko, Jugovo, Donje Barje, Gornje Bare …

The largest peak of Zelengora is Bregoč (2,014 meters above the sea level), and beside it there are another ten peaks about 2,000 meters above the sea level. Although there are numerous impressive peaks (Vilinjak, Bregoč, Stog, Orlovac, Planinica, Klek, Uglješin Vrh …), Zelengora is a quiet and mild mountain. The absolute opposite of Maglić and Volujak, and it is divided from these mountains by the deep canyon of Sutjeska. It is abundant with flora and fauna, and Peručica, the only rainforest in Europe, is the first among such. Zelengora, perhaps the most majestic and most peaceful mountain, hides many beauties.

Cincar is a mountain in the southwestern part of Bosnia and Herzegovina, northeast of Livno, at the border of the municipalities of Glamoč and Livno, 2,006 meters above the sea level. In addition to the Cincara peak, the mountains include the peaks Malovan (1,826), Osječenica (1,798), Osin Glavica (1,720) and Voloder (1,640). Cincar has a particularly harsh mountain climate. A wind called bura (gale) sometimes turns into a storm, which partly explains the lack of forest in the southwestern slopes. Snow covers the ground from mid-October to mid-May, making Cincar the destination for skiers.

Vran Mountain is located in the area of Tomislavgrad Municipality, halfway to Jablanica, south of the Ramsko Lake. The mountain of Vran rises above Dugo polje on the opposite side of Čvrsnica. It has the shape of a simple cone, and the sides are flat and plate like. The name Vran Mountain, 2,074 meters of hight, is connected with the dark scenary when viewed from the Field. Some shepherd stories say that Vran was given the name because of the crows (vrana-crow) whos habitat was in the foothills of this mountain.

Bjelašnica is one of the leading ski centers in B&H along with Jahorina, Vlašić, Kupres and Blidinje. In addition, Bjelašnica is the highest ski center in our country. Mountain Bjelašnica is located in the central part of B&H, southwest, at a distance of only 25 kilometers from Sarajevo. It is next to Igman Mountain, where a large part of the 14th Winter Olympic Games in alpine and Nordic disciplines as well as jumps were held.

At the highest part (2,067 meters above the sea level), a significant weather station has been built, which is also the highest permanently inhabited point in Bosnia and Herzegovina.

A special attraction are snowbanks, which reach up to several meters. Winter is especially interesting precisely because of the landscape that provides a mountain covered with a snow cover, like a white desert surrounded by the sun rays, beyond which there is nothing more than a heavenly landscape.

Jahorina is a mountain in Bosnia and Herzegovina, which belongs to Dinaric mountain system. The highest peak is Ogorjelica with 1,916 meters. In the summer, it is covered with thick green grass, and in winter up to three meters high snow. Excellent terrain configuration, plenty of high-quality snow, suitable climate, 20 kilometers of alpine track trails as well as mild slopes (Rajska dolina) have included this mountain among the most beautiful and most famous ski centers. The average number of days with snow cover at Jahorina is 175, from October to the end of May.