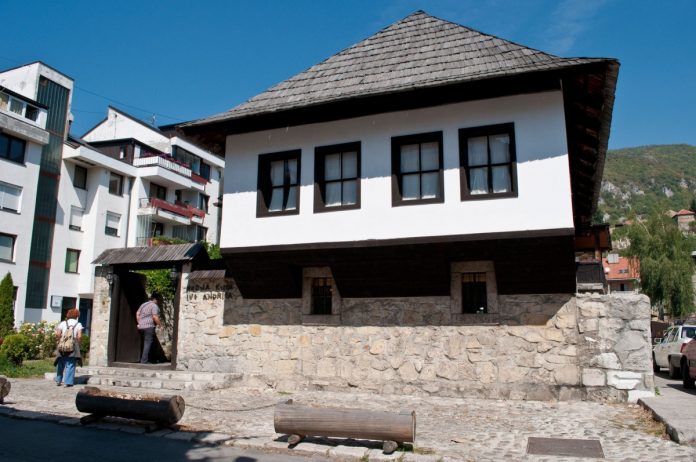 Thousands of tourists visit Travnik every year, primarily to see the birthplace of the literary Nobel Prize-winner Ivo Andrić, visit his birth house transformed into a memorial museum, and look for the features and symbols that the great writer mentions in his works, such as Bosnian Chronicle and The Vizier’s Elephant.

The permanent exhibition at the Memorial House of Ivo Andrić presents life and literature of the Nobel Prize-winner and consists of a birth room dedicated to the novel Bosnian Chronicle, photographs from the Nobel Prize Award Ceremony, and a library with an art collection.

Curator of the Museum Enes Škrgo points out to Fena that the last year’s tourist season was very good for this museum, and that among the most numerous guests, as in the previous period, there were lovers of Andrić’s works from Slovenia.

– Of course, there are guests from many other European countries, but also from the world. Nevertheless, it is evident that for several years now we have reduced number of excursions of secondary schools and students of literature, so we have the situation that pupils and students from Croatia and Slovenia come to a greater extent than from Bosnia and Herzegovina. This explanation can be sought in various ways, since Andrić may not be sufficiently presented in school and university programs, or that professors, or school and university leaders, think that it is not necessary for young people to come to museums, in order to be inspired and gain new knowledge – said Škrgo.

Following the assessment that Travnik, thanks to Andrić, entered the literary map of the world, for years now, the public can hear questions about why there is not a street in Ljubljana today or a square bearing his name, and why, along with several manifestations such as Andrić’s Days, the museum today is almost the only trace of the Nobel Prize in that city.

– The fact is that, with the exception of the Memorial Museum and several sculptures, there is not much that would indicate that a literary nobelman was born here and that he dedicated some of the most beautiful pages of his literature to this city. On the other hand, Andrić is well present in this town, and evidence for this are manifestations dedicated to him, as well as the significant and financial support given by the Municipality of Travnik – emphasizes Škrgo.

Stressing that there are all the arguments that Andrić and his literature are cultural and tourist brands of Travnik, Škrgo thinks that good examples that exist around the world can be followed, and that the starting point can be the study prepared by the Regional Museum in Travnik.

– Of course, one should be cautious and fearful, in order not to make Andrić an estrada figure. Simply, one should follow what he said and wrote during his life, and there is a whole series of suggestions so that different structures can recognize symbols and incorporate them into economic, social and every other form of life. It’s nothing completely original because you have examples of good practice around the world, starting with Dublin and James Joyce, to the birthplace of Mark Twain, as well as many other examples of how literature and writers have become an inseparable part of the city’s and the community’s being – he added.

Škrgo underlined that the Regional Museum of Travnik and the Birth House of Ivo Andrić, as his dependent, participate every year in literary and cultural programs, which they use to remind the public of the most important dates and events from Andrić’s life and literary career, as well as his evident affiliation to his homeland. Thus this year, among other things, will be dedicated to the collection of poetry “Ex Ponto”, the first Andrić’s book published 100 years ago.