Elvir Bolić was a captain of the national team and one of the best football players in Bosnia and Herzegovina and a leading goalscorer all-time.

Today he is dedicated restaurateur. He built two apartment buildings as well. Bolić’s restaurant Paper Moon in Grbavica Street in Sarajevo celebrates it’s the 2nd birthday in April. Its unique and pleasant ambient leaves no one indifferent. It’s popular gathering place where sportspeople, musicians, actors and diplomats hang out. 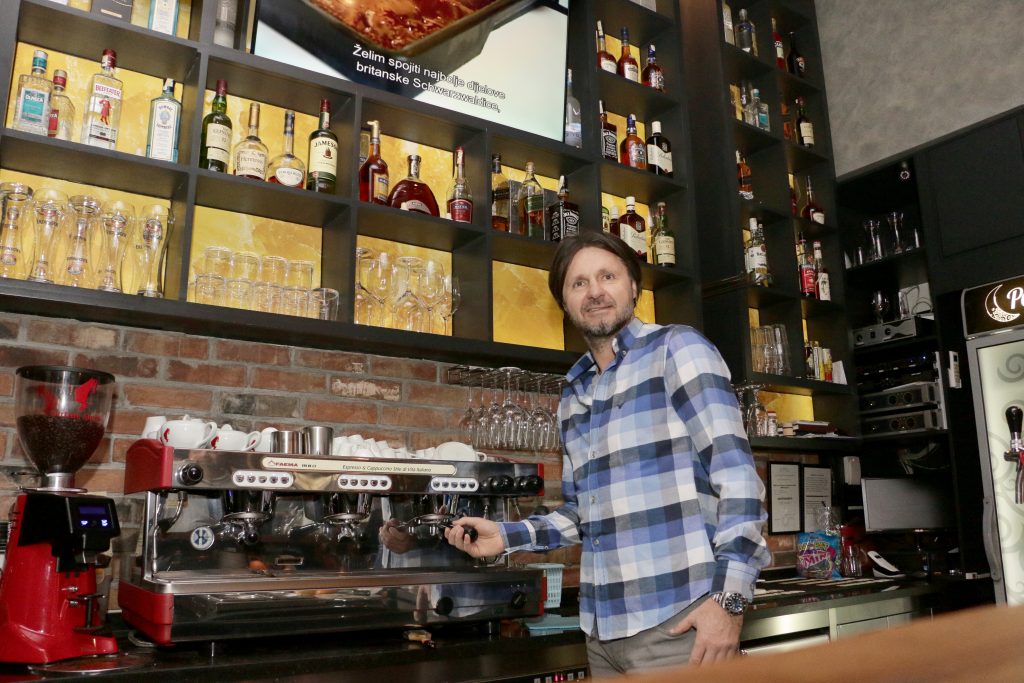 “The idea came out spontaneously. I was building apartments in the neighbourhood and a guy offered me to buy this restaurant. I’d never been interested to it, but I liked idea to have a place where I can have a coffee, to have my own spot. First I was thinking to open a bar and talking to architects, my wife and friends. There had been a good restaurant here before and I decided it would stay like that. I like restaurants and I want to have that cuisine here. It doesn’t matter if people come here for a coffee or lunch. I want to make them feel comfortable”, Bolić said.

He didn’t expect much, but today he is more than pleased with his job and number of guests.

“We have different customers, and you can hear different languages too. Our guests are sportspeople, politicians, musicians, ambassadors… I’m glad they found something interesting in this story. Sometimes the Turkish, the Japanese, the US and the UK ambassadors come together. It’s nice to see people appreciate what you’re doing”, former football virtuoso said. He was surprised by success, how it’s accepted in Sarajevo, because his guests are mainly locals.

“I didn’t want to attract only tourists, people who drop in ones and that’s it. I want to attract locals and we do our best to do it. I think the restaurant shows Sarajevo can host different clientele and there is a place for more restaurants like this one. When I was opening the restaurant people asked me why and to whom. I haven’t thought about money. Now I’m glad I have serious restaurant that employs 20 people. Sarajevo has showed it has nice people who likes to hangs out, seat, eat and drink. It makes me pleasure”, Bolić said.

Paper Moon offers different cousins from all around the world. The accent is on Italian food. It has wood fired bread oven. There are pastas, beefsteaks, salads, fished but much more on the menu. 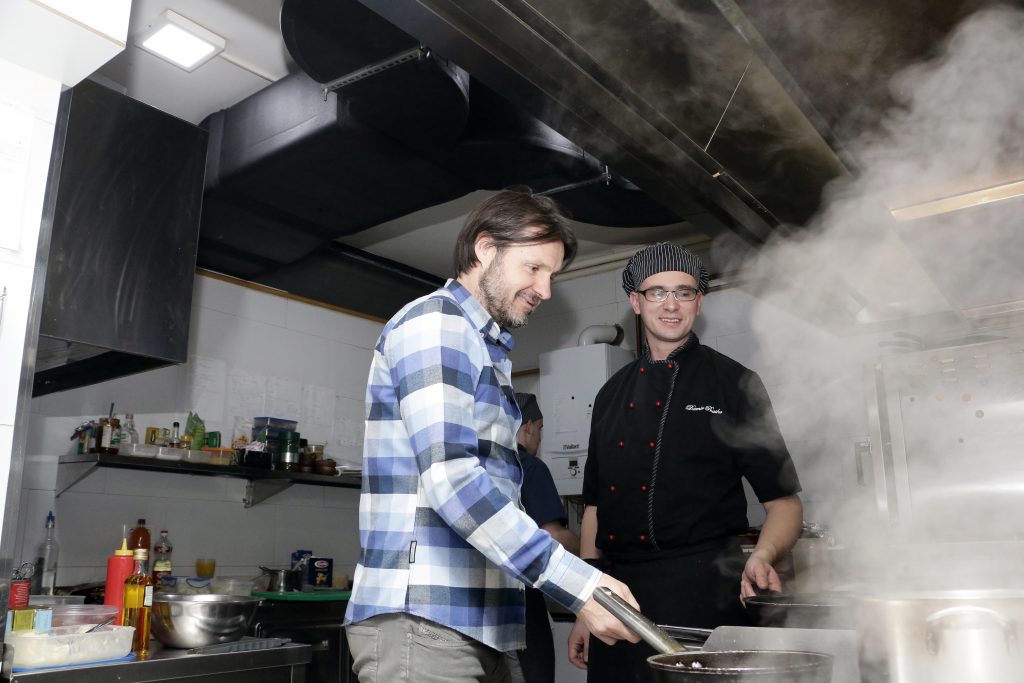 “Everybody can find something. We offer sandwiches, pizzas, tuna, salmon, sea bass, beefsteaks… We do not serve Bosnian traditional dishes because there are a lot of good restaurants that offer Bosnian cuisine. An ambient is this restaurant does not fit in this story. From time to time there is bey’s soup. We prefer foreign cuisine. Bosnian cuisine is something I find appropriate for Baščaršija Old City or to my home. I like to eat traditional Bosnian meal in authentic ambiance, and I like when my mom makes pita (filled pastry), stuffed peppers or sarma (stuffed cabbage rolls). We try to offer something you cannot eat at your home, something that’s not our local cuisine”, Bolić explained. The restaurant is well known by its unique cake. Sometimes people buy it in kilos and take it home.

“We named it after restaurant. This is my wife’s recipe. You can find Pepper Moon delicacy only here. Basically, it’s cream kadaif (or konafa, kunefe, kunafa, kanafeh, kadayif, shredded phyllo dough) but it’s not like the one you get used to it. Since the first day it’s favourite cake. We offer a soufflé made from lemon and chocolate, an apple pie and five-six more cakes as well”, Bolić said. It’s not expensive.

“We try to extend our menu every month. We want our guests to try something new and different. When my wife and I travel abroad we go to restaurants and look for ideas. We talk to owners, particularly in Italy, where people are nice and sometimes we ask for a recipe. We used to travel where we could find good food. Now we have one more reason to travel and we want to transfer good ideas from abroad to our restaurant’s kitchen. We didn’t want to promote the restaurant. A satisfied customer is the best business strategy of all. I think satisfied customers who will spread word of mouth are the most powerful assets you have”, Bolić said. He was invited to come to Belgrade, Serbia and make restaurant chain, but this is not something he wants.

“Then it wouldn’t make any sense. It would take time and we would lose quality. I like it this way. I can dedicate to this job, every meal and every guest. People like to see you are here. I’m taster too but, as you can see, I don’t gain as much weight.  All dishes are healthy and don’t have many calories”, said former member of national team of Bosnia and Herzegovina, a lot of Turkish football clubs, FC Rayo Vallecano, FC Crvena Zvezda and FC Čelik. 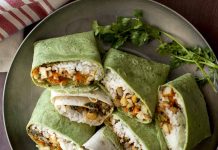