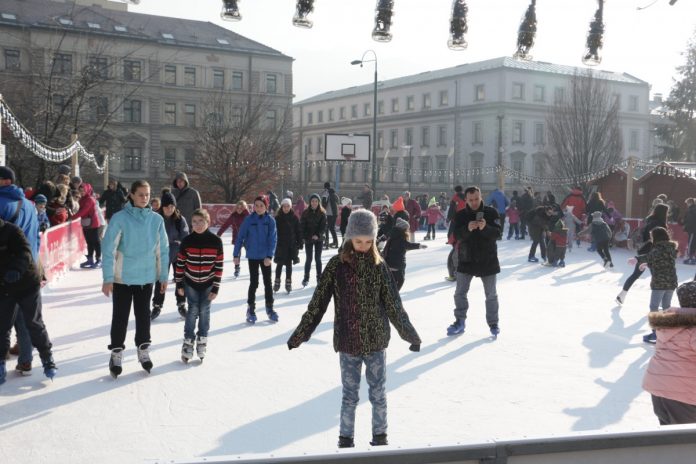 During the winter, Sarajevo has plenty to offer, many tourists know that and they book their accommodation months in advance, in order to enjoy the festive spells of the capital of BiH. All hotel capacities in Sarajevo were filled during and before Christmas and New Year holidays, and the capital of BiH attracted tens of thousands of tourists from Europe, the Balkans and the Middle East.

According to the Sarajevo Canton Tourist Board data, the capital has 342 accommodation facilities, 6,075 rooms and 13,653 beds, and during the winter months it is almost impossible to find an available bed.

A lot of fun

Tourist community staff are optimistic about the development of tourism, and they point out that the figures showing the number of tourists and overnight stays are on the rise, and even in October the record was achieved when Canton Sarajevo realized more than one million overnight stays, the first time after the Olympic Games 1984.

Official data is expected to confirm that 2018 was the most successful tourist destination for the number of tourists and overnight stays for Canton Sarajevo.

Great fun on the occasion of the New Year’s Eve has already become a synonym for Sarajevo, and in recent years, a real spectacle in the open has been made by famous singers Hari Varešanović, Zdravko Čolić, Dino Merlin and many others. Sarajevo has become a new year’s center of the region, but entertainment in this city does not last only one night, but visitors can enjoy the interesting contents until the end of February.

Holiday markets that offer a rich supply of food and beverages, souvenirs, handmade unique products, fashion accessories, gigs, ice skating and other entertainment content are at more locations in the city, so if you come to Sarajevo wherever you go, you will find something interesting.

At Vilsonovo šetalište, the city promenade, fun events are organized for kids where, until January 27, the “Ice Spell of the Municipality of Novo Sarajevo” is held. Fun for young and elderly can be found in Hastahan Park at Marijin Dvor where Coca Cola Sarajevo Holiday Market is placed, while the Old Town Fairytale beatifies the (Liberation Square) Trg oslobođenja-Alija Izetbegović in the city center.

This year, Sarajevo marks a small jubilee – 35 years since the Winter Olympic Games held in this city in 1984. As a reminder, there are decorations on the streets of this city and the mountains, and in memory of the former sports games, Sarajevo will host young athletes at the EYOF 2019 Youth Games from 9 to 16 February this year.

Bjelašnica and Jahorina are ready for all participants and skiers, and this year the tourism offer in these mountains has been expanded. The number of tracks has increased, new artificial snow cannons have been purchased, and new catering facilities have been opened, so Jahorina and Bjelašnica became a real paradise for those who are looking for winter sports fun. The surrounding mountains are ideal for all mountaineers, cyclists, adrenaline sports lovers and nature lovers.

It is difficult to find a free bed in the season in Bjelašnica and Šemsa, Almina, Emina, Amra and Jasmina, whom we found during the tour of this mountain, confirmed this.

-We found accommodation for two nights only, mostly everything is occupied. For the first time we are at Bjelašnica and it is great, we are very enthusiastic, we are walking, sledding and enjoying ourselves. This time we have come briefly, but we will probably come for a longer period of time for skiing next year – the girls of BiH origin, with the current addresses in Slovenia, Macedonia and Switzerland told us.

They also add that they are frequent guests are in Sarajevo because, as they say, they cannot be bored by the rich cultural and historical contents of the capital city of BiH, natural beauty, and especially the gastronomic offer.