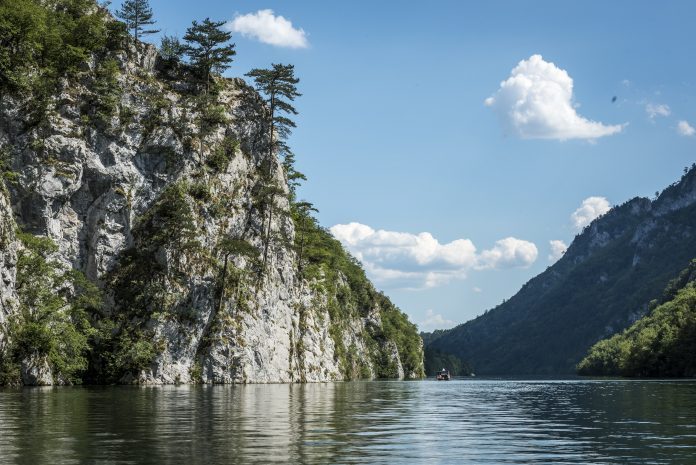 River Drina is considered one of the most beautiful in the region. In the past, it was famous for its scarce nature and rafters that were taming its rapids. Due to its curving course, Drina is referred to as “kriva Drina“ – bent Drina, so when someone wants to reselve an usolvable situation, people say that he or she wants to “straigten the bent Drina“. Today, unfortunately, there are no rafters, but thanks to the creation of artificial lakes, tourists can enjoy a cruise on the Drina River.

One of these lakes is Perućac, whose length is 54 kilometers, and the cruises along this lake are the most popular among tourists, and it starts from Višegrad, under the bridge of Mehmed-pasha Sokolović. Only a few kilometers from Višegrad the lake enters a canyon, which is more than 30 kilometers long, where there is a complete wilderness, without roads and settlements, and the traces of people are revealed only by a few old farmhouses and fishermen on their boats.

In many places the Drina passes through narrow passages in which the high rocks rise from the water almost vertically. The Drina River, downstream of Višegrad, passes between the mountains of Zvijezda and Tara, and it is here that its canyon is the deepest because some peaks rise for more than 1,000 meters above the sea level.

The whole area is covered with pine forest, which is a habitat of numerous wild animals, and it is also possible to see the various types of birds that have found their refuge there. After the Colorado canyon in America and Tara in Montenegro, the Drina River Canyon is the deepest in the world.

Within the cruise it is possible to visit the chapel in Stari Brod, the necropolis from the 13th century, “Most na Žepi” – The bridge on the Žepa, see the beauties of Brusnica and Kamenica stream …

On one of the rocks, before entering the canyon itself, there is a plate with the inscription “Ćorkanova hrid”. Salko Ćorkan is a character from the stories of the BH Nobel Prize winner Ivo Andrić. As a jolly fellow and drunkard, Ćorkan was the target of the permanent jokes of the Višegrad people, and due to unhappy love for one German woman, whom he saw during a circus tour in Višegrad, he committed suicide. According to the local legend, Ćorkan’s rock is the place from where Salko jumped and disappeared in the depths of the cold Drina.

If you plan to escape from everyday noise, stress, and enjoy natural beauties, cruising the Drina River is an ideal destination.