Probably the greatest legend, if not in entire Bosnia and Herzegovina, at least in Krajina, is the one about Safikada – an unfortunate girl who committed suicide, according to the story, because of unfulfilled love. Safikada is one of the most famous attractions of Banja Luka, which, as it usually happens in this area, has no proper position, both in tourist and in every other sense.

Although it was said that a decent monument would be erected at the place where beautiful Banja Luka girl has ended her life, in this tragic place today there is just a black marble plate with several lines of this widely known legend and her picture. In this place, the people of Banja Luka, usually in February around the Valentine’s Day, lit candles for their (un)happy loves. And, who was Safikada? 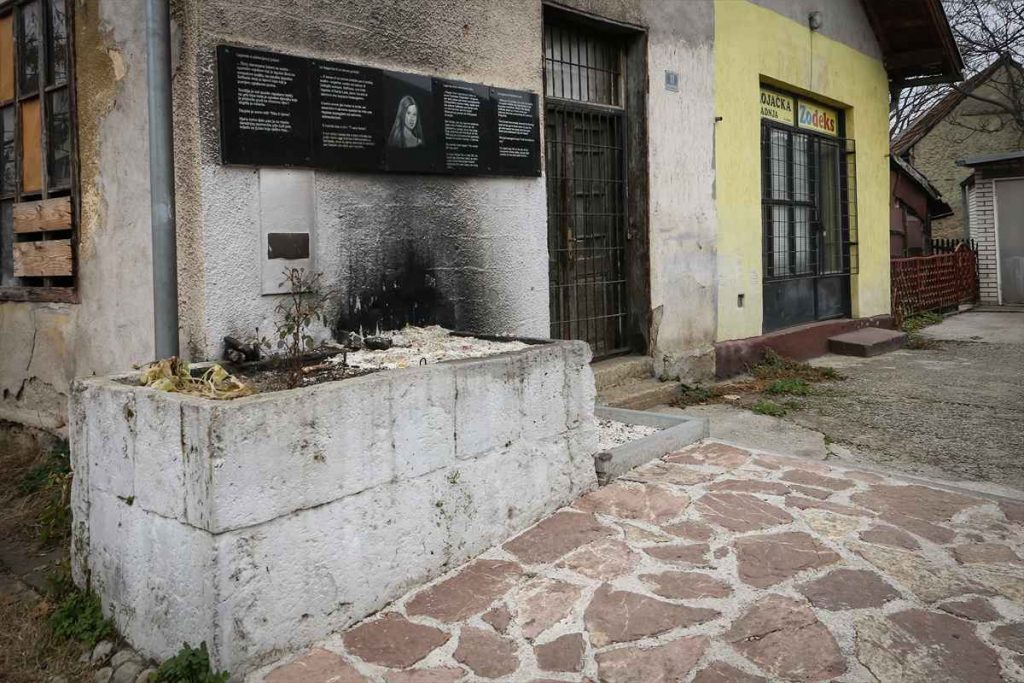 – The Safikada legend testifies to eternal love, Romeo and Juliet in the Banja Luka version. Young and beautiful Safikada fell in love at first glance with a handsome Austro-Hungarian soldier who guarded the walls of Kastel. The order of the sudden movement of the Austro-Hungarian army was a terrible blow to their, yet unadorned, happiness. While they were saying goodbye to each other, two young people swore to eternal love and loyalty until the grave. After some time the news of his death came, and Safikada, threw her body in front of the cannon, which marked the noon firing from Kastel, shouted, “I am loyal to you until the grave.” Her dead body has fallen on the site of today’s monument where even today couples light candles for love – employees from the Tourist Organization from Banja Luka say.

However, there are also different versions. One of them says that Safikada is a granddaughter of Ferhat-pasha Sokolovic, while the other says that she is a daughter of Hadzi-Kejzo Kahrimanovic.

Being a beautiful daughter from the Bey’s family, Safikada was supposedly not allowed to walk through the city without supervision, and only occasionally, she was allowed to walk in the yard around which a high wall was erected. However, regardless of these prohibitions, Safikada met a soldier and fell in love at first sight, which should not have happened, because at that time families used to choose husbands to their daughters. According to some versions of the legend, she fell in love with a Turkish soldier, who died in the fighting, and she therefore dressed in a wedding dress stood before the cannon. 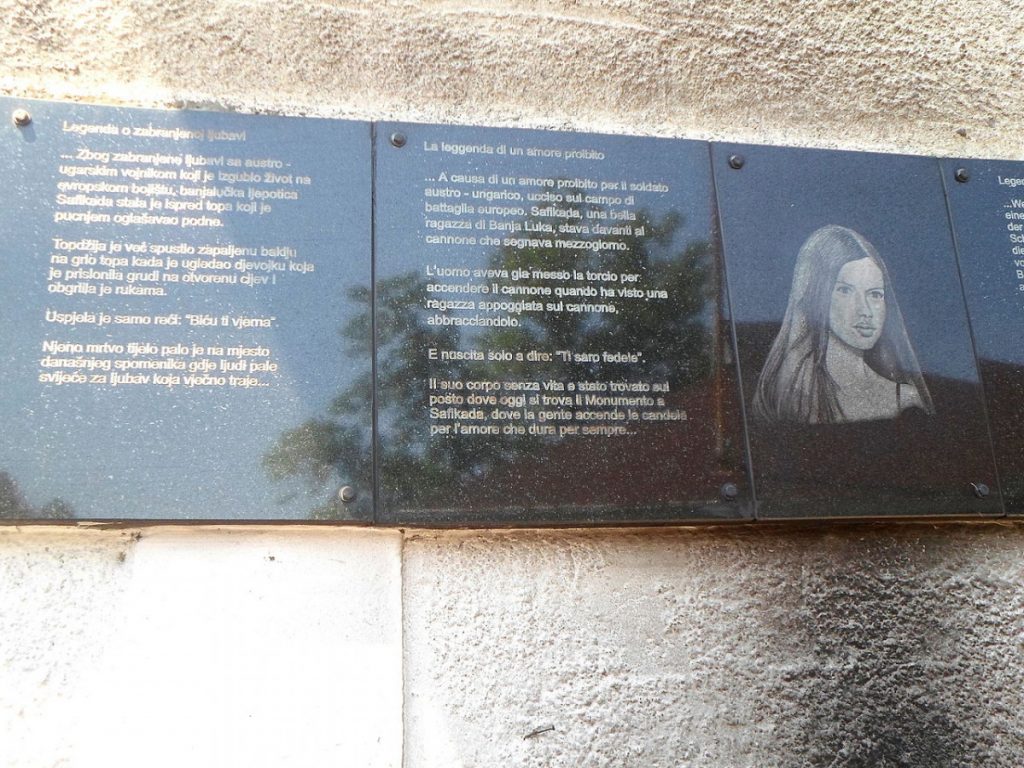 Banja Luka writer Vid Vukelic wrote the novel “Safikada -” this is how it happened “, and in which he described that a young girl was washing clothes in Vrbas, she saw an Austro-Hungarian soldier Herman, and love occurred at first glance.

Her father, a writer notes, bribed the command to transfer Herman to eastern Bosnia, and organized a celebration on the occasion of Safikada’s engagement to another young man. However, she sneaks out of the house, escapes to Kastel exactly at noon, and decides to hug the cannon tube. Whatever version of the city on Vrbas legend one believes, the essence of an unhappy love story is in all interpretations.