The three-day musical program during New Year’s holidays will increase and complete the New Year’s Eve in the capital of Bosnia and Herzegovina. After last year’s fantastic celebration with Dino Merlin, city officials tried to make people of Sarajevo and tourists, who will come from all parts of the country, region and the world this year, spend the craziest night in a great atmosphere with the timeless hits of our great music star Zdravko Colic.

The organizers announced that Sarajevo will be the center of the region on New Year’s Eve, accommodation capacities are being quickly filled up. It is certain that the concert of Zdravko Colic will attract numerous tourists from neighboring countries, but also diaspora and it will complete the holiday tourist offer of the capital.

Preparations for the New Year musical spectacle have started, and the main star Zdravko Colic speaks about the New Year’s Eve, program, Sarajevo during the winter, Olympic beauties for our magazine.

– The team I work with is well coordinated. We will make several rehearsals for a specific program that will be more cheerful, as it suits the New Year’s performances. Everything goes according to plan. I see that the organizers, and the city itself, stood up for this event wholeheartedly. I am very glad that after the last New Year’s Eve, when Dino Merlin performed, the city decided to continue the tradition of lavishing New Year welcoming parties. It is an honor for me to be selected, that the city insisted on my performance this year, so from our side everything will be prepared as good as possible – says Colic.

He points out that on December 31 everyone who decides to come in front of Vjecna vatra can expect a lot of good music, joy and happiness.

– I hope that the weather will be good, to make this event memorable by a beautiful atmosphere – popular Cole desires. 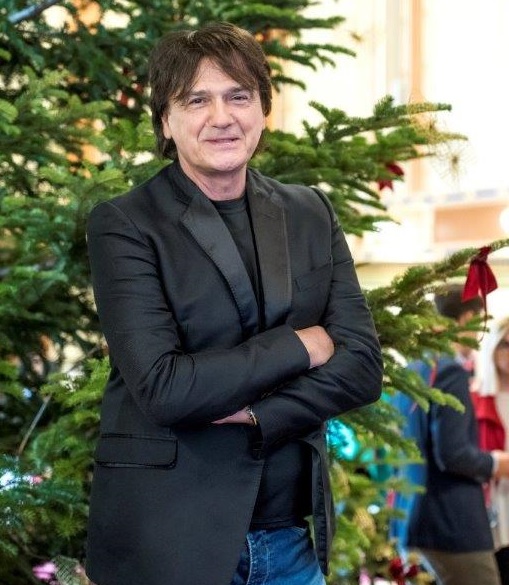 He also referred to the tourist potential of Sarajevo and Bosnia and Herzegovina in general.

– Unfortunately, looking at the events that are behind us, from the Winter Olympics in 1984, and comparing to this period, I think that the potentials of Sarajevo and the surrounding mountains are not maximized. That’s why it’s nice to have any initiative and any tourist action in relation to Bosnia and Sarajevo, and to make it successful in order to move things forward. I hope it will be better, that’s my opinion, and, of course, the famous Sarajevo Film Festival is contributing, and, for example, such occasions, when some great events are organized. New Year’s Eve, big sports spectacles, so, we hope again one day the Olympics, something related to tourism, and the city itself is attractive enough that many tourists, especially from the Middle East and Europe, come and love to visit Sarajevo . This is also reflected in the data of the past years – that Sarajevo is one of the most visited tourist cities in the region. I hope this will increase even more – our music star is optimistic.

Colic is dear and very welcome guest of our Olympic beauties, where he often loves to stay and rest. But he says he does not ski.

– I’m not good on the skis at all. I love trail running, but I’ve never been a skier. On Igman there were three excellent trails for trail running, and I used that for years. Today, wherever I find those trail, I stand on those little skis and I practice running on the skis. When it’s a big downhill, I take off the skis and I go on foot until a terrain is flat. Of course, I will visit the mountains, I always like to go to some of the mountains around Sarajevo … Every day running on Trebevic, Jahorina, Igman, was once my daily getaway – continues Colic.

Finally, we spoke about music and a new CD, which the public eagerly awaited. According to announcements, it should be published in mid-December. We were interested in whether the premiere of the new songs will be in Sarajevo.

– During this period, preparation of campaign for a new album throughout the region is ongoing. It will be followed by premieres and pre premieres, but I will not reveal all the details. Let there be a little surprise for the audience – says Colic.

Softhouse Balkans – IT Company from Sarajevo: Satisfied employees are a...

Old town Dubrovnik near Ilijaš: Proof of cooperation between Kulin ban and...