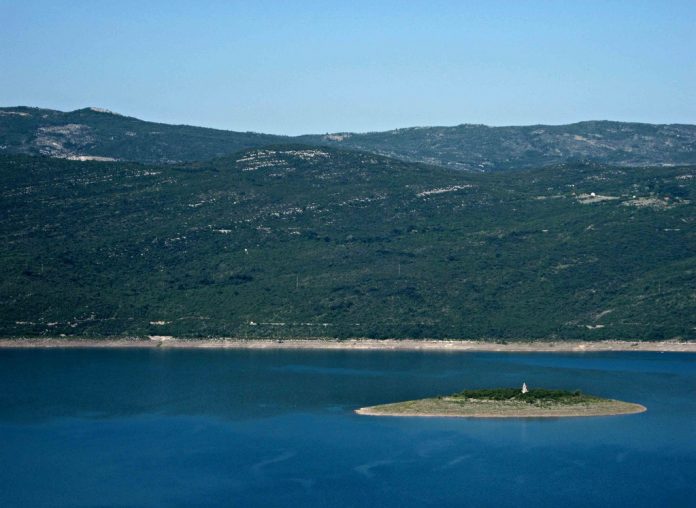 Everyone is already aware that Bosnia and Herzegovina is one of the richest countries in Europe when it comes to water, and beauty of the rivers and lakes is breathtaking. Every year, the tourist offer on the beautiful BH lakes is getting better and better.

Natural lakes in Bosnia and Herzegovina comprise 65.1 square kilometers of surface, of which 56.7 is Buško Lake. If this area is compared to the total area of ​​B&H, then natural lakes only take about 0.11 percent. It is indeed a long list of lakes that adorn Bosnia and Herzegovina and we would like to write something about each one of them, but that is simply not possible, so we chose several.

Prokoško Lake is located on the mountain Vranica, near Fojnica. It is a glacial lake and it is distinguished by the endemic species of the olm fish, and in the lake there is still an endemic specimen of the amphibian – triton. Prokoško Lake is surrounded by huts and catuns and is part of an untouched nature. It’s very rich in trout. Along the lake you can rest in cattle huts, where you will have a full service, have the opportunity to rest and get real local specialties such as sheep cheese, kajmak, pie, blueberries and blackberries, bread baked under the sač (a large metal or ceramic lid like a shallow bell with which bread dough or meat to be baked are covered) …

Ramsko Lake is an artificial reservoir on the Rama River in Prozor-Rama, in the north of Herzegovina. It was created in 1968. In order to bring you geographically closer to Ramsko Lake, for those who have not visited this beautiful place, it is some 70 kilometers north of Mostar. Since Bosnia and Herzegovina is specific due to the mountain range and the area of Ramsko Lake is limited by steep wreaths of mountain massifs Raduša, Makljena, Ljubuša and Vrana. The water that comes into the lake is extremely clean, since it is the very beginning of the Adriatic basin.

Lijevo vrelo is steady and is called summer spring. Upstream there is a winter spring which is activated due to heavy precipitation and snow melting. Rama is the most important tributary of the Neretva River, which, through the Jablanica Lake, flows into it thrpugh the town of Gračac, fifteen kilometers upstream from Jablanica.

Blidinje Lake is the largest mountain lake in Bosnia and Herzegovina, and as such is a protected geomorphological nature monument within the Blidinje Nature Park. Nature Park Blidinje was founded on April 30, 1995. Lake Blidinje is located on Dugo  Polje between mountains Čvrsnica and Vran. A large part of the water disappears with evaporation and sinking through the silt, causing a significant decline in the lake level. In the winter months, the lake is mostly frozen. For the last ten years, a large number of residential buildings have been built in the area of ​​Blidinje plateau as well as in most parts of Bosnia and Herzegovina. Mostly we talk about cottages, which owners use during the winter. The ski resort is located at an altitude of 1800 meters at the foot of the mountains Čvrsnica and Vran. A ski resort is well-organized and visitors can use a 575-meter ski lift, a new four-seater, and a children’s elevator.

Perućac Lake, a reservoir artificial lake that is supplied with water from the Drina River, is located between the area of ​​the municipality of Srebrenica and the municipality of Bajina Basta in Serbia. The lake was formed by rebuilding of the Drina River flow, for the needs of the hydroelectric power plant “Bajina Bašta”. Medium July temperature of the lake water is around 22 degrees Celsius at the dam, and downstream, the water is somewhat colder, about 17 degrees Celsius.

Perućac extends through the Drina Canyon, all the way to Višegrad, about 50 kilometers long, and all along its length i tis navigable. Above the lake, tremendous slopes of the Tara Mountain, which belongs to the Tara National Park, are hovering. This area, on both sides of the lake, is also recognizable according to Picea omorika, which is believed to have been discovered on Mount Tara in 1875, and it is also spread on the territory of Višegrad, Milići, Srebrenica. Lake Perućac is rich in various types of fish, such as capital samples of catfish and sprouth, trout, barbell, scab, carp, dam, bark, freshwater fish and many others.

Buško Blato (lake) is a natural extension of the Livno Field. It is 716 meters above the sea level. Only the lake has an area of ​​55.8 km2, and the total volume is 782 million cubic meters. Its length is about 13.5, the average width is about 4.1, and the largest width is about 7.2 kilometers.

The average depth of the lake is about 15.5 meters. One third of the surface of the lake is in the municipality of Livno, and two-thirds in the municipality of Tomislavgrad. With its surface, this lake is one of the largest reservoirs in Europe. Rich in fish that, unfortunately, is destroyed by great oscillations in the water level during the summer, dry season, when excessive water discharge for the power plant is endangering the whole fish fund.

Bileća Lake is located in the municipality of Bileća, in the east of Herzegovina. It is located on the river Trebišnjica near Bileća. It was created by the construction of the Grančarevo dam on the Trebišnjica river near Bileća in 1968. Bileća Lake is the largest artificial reservoir in the Balkans, 18 meters long and about four kilometers wide. The surface of the lake is about 33 square kilometers, depending on the water level. The largest depth of Lake is 104 meters, and it is about 400 meters above the sea level.

Boračko Lake, located on the mountain Prenj, on the road from Konjic to Glavatičevo, is one of the largest lakes in Bosnia and Herzegovina. The length of the lake is about 786, the width is about 402, and the deepest is in the southeastern narrow part with about 17 meters.

Boračko Lake is located between the mountains Prenj, Visočica and Bjelašnica. It is a favourite excursion and the resort spot of domestic and foreign tourists. Boračko Lake is a natural mountain lake, pleasant for swimming, relaxation and recreation. Paradise for hunters and anglers. The lake is famous for its good trout and crabs.

The lake pool was formed in the process of glacial erosion. Water is the warmest in August, about 25 degrees, and the coldest in February, 0 degrees Celsius. Hotels and motels were built in the immediate vicinity, because Boračko Lake is a favorite excursion site for inhabitants of Konjic, Sarajevo and Mostar.