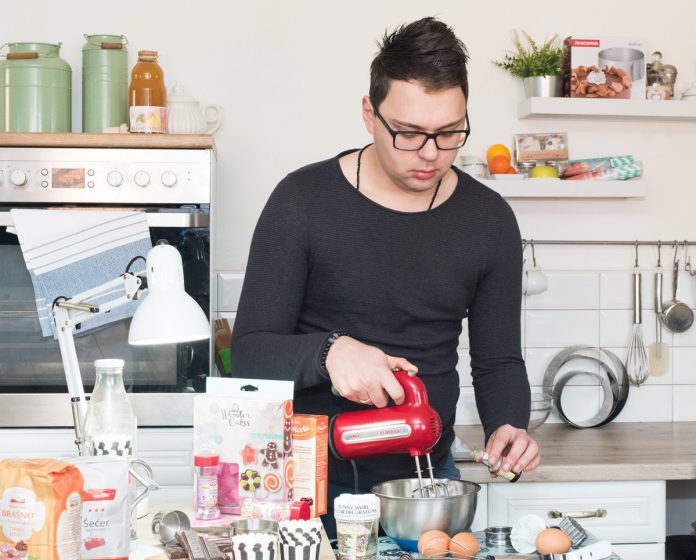 When they decided, in 2016, to start preparing muffins, the two young Sarajevans did not think about what kind of impact their sweets, coming out of their gifted hands, would make.

Today, two years later, Amar Pecar, Tarik Demirović and their “Slatki Budžak” (Sweet Corner) are well know to many Bosnians and Herzegovinians. Their delicacies, which, when you look at them, look more like works of art that you would like to put on a shelf or chest of drawers, rather than something you should eat at that moment, went outside of B&H, to Croatia, Serbia, Austria, Italy , as gifts that everyone is looking forward to.

From the original “mafinery”, where you could order colorful cupcakes, “Slatki Budžak”, at the request and delight of their customers, started producing chocolate and fruit cakes, but also pops that are increasingly demanded fine bites on parties. 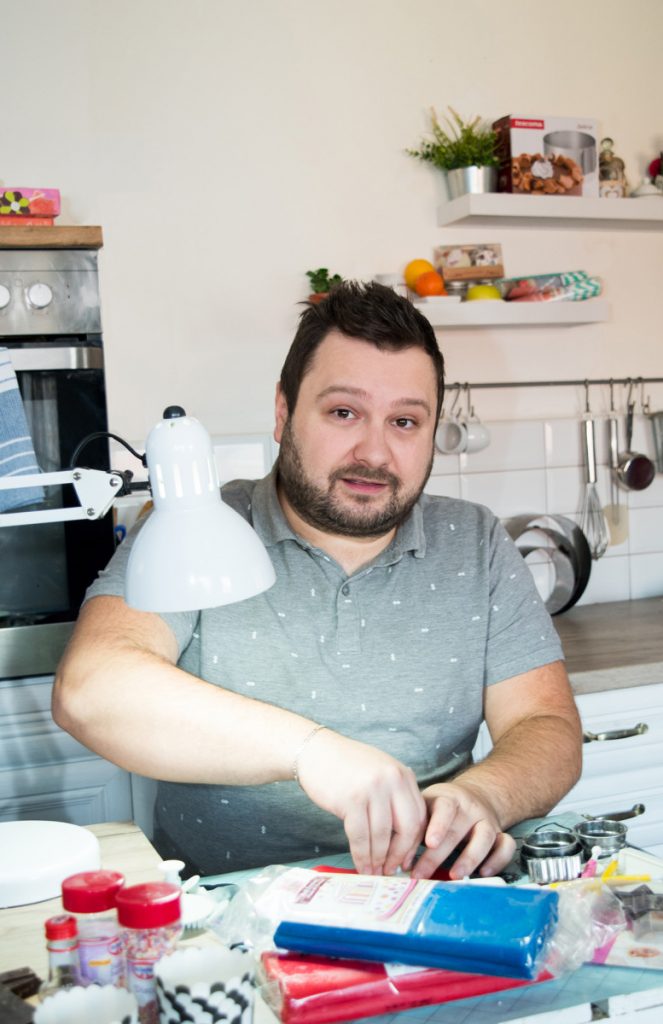 – When I became aware of myself, I liked preparing cakes, and as many people told me that I have a gift, I started slowly thinking about it – why we would not start a sweet story in Sarajevo, because at that time in the city you really did not have anything similar to try, except for cakes in which the mandatory ingredient is margarine. Those are offered by confectioneries in Baščaršija. I thought, “Why shouldn’t I begin to do it for others, not just for myself, my family and my friends?” So everything went on – says Amar.

– From the first day, we take care of every little thing. We worked on recipes for cupcakes for three months. I remember, we made, and threw it, because it’s not what we wanted. After three months of tasting, we have achieved the goal, and since then we have not changed recipes – recalls Amar the beginnings.

Not Amar, who is a beautician by profession, and neither Tarik, a graduate economist, had any touch with this, except for the youthful desire to try something different, to go into something new, try to bring to this city what it did not have before …

Like every beginning, theirs was difficult and uncertain. Today, Amar and Tarik, in their small workshop, work perfectly. Everyone knows his job. Amar is making recipes, preparing sweets and creams, and Tariq is in charge of the “cherry on the cake” – the finishing part, decorating, nothing less important, many would say, crucial, the most important part of the work, which gives the seal to an outward appearance of delicacy.

The former employee of BH Telekom, where he worked for six and a half years as an IT expert, then Microsoft, but also some projects for Apple, is today a master of figurines made of fondan.

– At the beginning, Amar was doing everything. I was in charge of the marketing part, but when the job started and when we realized that one person could not get everything done, I decided to put myself in the act, although, at that moment, I did not even know what I could do. Not because I do not have the talent to prepare, but because I do not like to eat sweet, and I think that a man must love something to be good at it. I told Amar I could learn some things, but there will not be that secret ingredient – love. Then I thought fondant, because customers already started ordering sweets with decorations. I decided to try it; I made an owl that we kept till today. Now I’m making plenty of things, Gargamel, Masha and the bear, genus …, those are mostly cartoon characters – reveals Demirović with a smile.

The foods used in making sweets, which are of superior quality, Amar and Tarik are mainly purchasing in B&H, and the fondant arrives from Italy.

– We have many ideas and we could do a lot of things, but unfortunately, it’s still difficult for us to get some products, and buying abroad requires time, and it costs too much. Still, we are pleased. What we do not want is to make this little story a tale of the mass, because we have put ourselves into it to the last detail, because then it would not be what we imagined, we wanted, and the quality would certainly be lost. That’s why we have a measure. On average, we make three cakes per day, we do not count the muffins because we are working upon order – these two interesting guys point out.

It’s worth the risk

They are full of plans for the future, and one of them is “Putujući Slatki Budžak“ (Traveling Sweet Corner), but also the school of work with fondan.

– “Traveling Sweet Corner” means traveling to another city, where we would represent and show what we are doing for three or four days. We came to the idea because we have a lot of calls from other cities, especially from Belgrade. When it comes to another idea, without any false modesty, I can say that I have reached a level in making figurines from fondants, since I have not been trained for it. Now I want to transfer the knowledge to others, to show the basics to people, because I realized that in many things, that’s what we miss – explains Demirović.

They urge young people in B&H not to hesitate to present their ideas and take risks.

– Unfortunately, our youth, has the goal to work in a state-owned company, which is wrong. I had this job and I left it because work and effort in such an environment are priced at micro level. I do not claim that everyone should now enter private business, but B&H has a lot of talented people who, with their work, order and discipline, could start jobs and live beautifully from their work. Somebody smart has long said, “Money is in the air, you just need to hold your hand and catch it.” It’s true, because I experienced this – Demirović said.