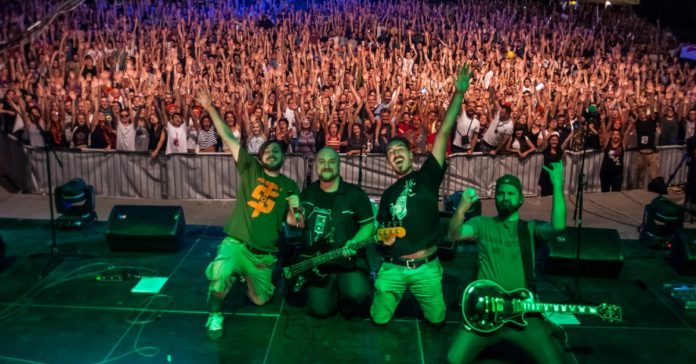 For those who decide to spend this summer on the land, instead somewhere at sea, Banja Luka has a rich offer, which can satisfy different tastes, affinities or kinds of entertainment. Beginning from June, through July to August, in the town of Vrbas, there are numbers of cultural, music and sports events that are gathering a large number of visitors and guests from the region each year.

From rock to folk

Representatives of the Tourist Organization of Banja Luka say that the most attractive events in June are the Kastel Rock Fest and the International Folk Festival Dukatfest. These two festivals with a completely different concept, in Banja Luka in June, bring thousands of lovers and admirers of contemporary and rock music, and on the other hand, traditional folk music and folk dance.

– The Kastel rock fest, music festival has been successfully organized for ten years in June at the fortress Kastel. During that period, Banja Luka affirmed itself as the regional music center, a city of contemporary culture and urban music streams. On the other hand, in June, folk ensembles from all over the world are gathering at Dukatfest to present different cultures and the authenticity of the people from all continents. Dukatfest is a member of the World Association of Folklore Art at UNESCO and as such is unique in Bosnia and Herzegovina – Banja Luka Tourist Organization stated.

The most interesting and richest month in Banja Luka is certainly July. Almost every day during that month, the city breathes with full lungs, because numerous manifestations are held every day on different locations. “Vezeni Most”, “Ljeto na Vrbasu”, “Demofest” are indispensable …

– During traditional gathering of Banja Luka people “Vezeni Most”, concerts, performances, folk dances, performances of singing groups, literary evenings, exhibitions and other events are held, and participants come from all national minorities, both from the city and from abroad – Banja Luka Tourist Organization emphasizes.

During the summer on Vrbas, the most activities are related to this river, such as the race with a unique Banja Luka dayak boat, then jumps from the City Bridge, all accompanied by numerous performances of cultural and artistic and music groups.

The very popular Demofest music festival, the biggest pop/rock demo festival in the Balkan region, will be held in Banja Luka this July, featuring less familiar music bands. The festival usually lasts three to four days at Kastel Fort and every year tens of thousands of people visit it.

– The sponsor of this year’s Demofest 2018 will be UNESCO, the most important segment of the United Nations Educational, Scientific and Cultural Organization. UNESCO’s patronage is a moral support to all previous efforts to preserve Demofest as an important cultural project for the region – Demofest organizers said.

August is reserved for the Nektar FreshWave festival, then the festival of student theaters “Kestenburg” and Kočić’s choir.

– A fantastic audio-visual experience, as well as skills of the world’s greatest DJ names, make FreshWave a unique experience. At the awards ceremony, the Ambassador in Zagreb, it has been declared the best electronic festival in the region – emphasized the Tourist Organization of Banja Luka.