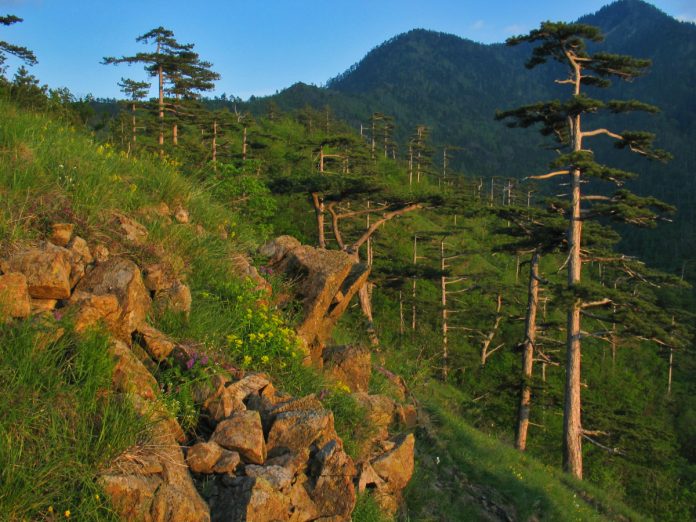 What can you expect from the Tuzla Canton? The whole of Bosnia and Herzegovina, thus the Tuzla Canton, is a kind of intersection of civilizations. It is affected by the influence of different cultures from different sides. Whether you are in the Tuzla Canton rarely or often, for short or long period of time, privately or due to business, alone or in a company, visiting the Tuzla Canton will take you on a journey through space and time through 13 municipalities and over a period of up to a thousand years back.

You will certainly recognize the old spirit of BiH, either through architecture, monument, souvenir, food and drinks, or simply in people who still carry it and know how to transfer it further. It seems that as soon as you pass the sign “Welcome to the Tuzla Canton”, it simply assumes the spirit and mood characteristics of this climate, where everyone feels welcome, where everyone quickly becomes “jaran” (friend) and every other person is “car” or “carica” (emperor or empress).

Some places will be luxurious and glamorous, some simple and scarce, but it’s certain that the people you meet will be open, warm, and welcoming. Feel free to ask for guidelines or information. You may be surprised how eagerly people will be trying to help you. You may also gain a new friend. All who come once come back again. Landscapes and scenes, sounds and smells, situations and people captivate them. They gladly buy some items, a little picture, souvenir, many photos and a lot of impressions and experiences.

You can enjoy the architecture, rivers and lakes, as well as the unspoilt nature abounding in the Tuzla Canton. One of these is the Protected Landscape of Konjuh. This natural pearl of Tuzla Canton is an indispensable place for nature lovers, but also for all those who want to relax in the green oasis. In addition, there are numerous cultural and historical monuments in this area, as well as natural monuments, so there is something for everyone.

In the Protected Landscape area, monuments from various periods have been recorded, which is a testimony to the continuity of the settlement of these areas from the prehistory to the present. The protected landscape area is rich in cultural monuments whose date of origin dates back to the late Bronze Age (prehistoric period), which is witnessed by archaeological finds such as gravels in the cave Brateljevići (Maiden’s Cave) near Kladanj.

The name “Maiden’s Cave” was given thanks to a legend that talks about a girl who showed her courage in front of the assembled crowed, went to the water spring to the very center of the cave and a spindle, which was to prove that she really was at the spring, pierced her dress. When she wanted to go out of the cave the spindle pulled her back into the ground along with the end of the dress, and she died from fear on the spot. The girl is buried just next to the spring. Each year, during the last week of August, a cultural event “Days of a Maiden’s Cave” is held traditionally, bringing together up to 50,000 visitors.

There are also numerous medieval tombstones, most preserved in the area of ​​Kladanj and Banovići, originated as a characteristic cultural phenomenon of the medieval Bosnian state. The “Kuman” necropolis in the area of ​​Brdijelji village dates back to the late Middle Ages, and due to its cultural and historical value it is included in the preliminary list of national monuments.

Unlike the cave in Brateljevići, a hallway about 500 meters long characterizes the cave Babrava. The cave is composed of a halls and chambers, and through the entire cave flows a creek. The cave is full of cave jewelry of various shapes. This cave additionally adorns the spring of clean and fresh water. Cave Bebrava has a very big tourist potential, and it is necessary to carry out activities on its arrangement, in accordance with the solutions given in the Study “Exploration of the Bebrava Cave from the aspect of its valorization for tourist purposes”. It is also necessary to intensify the tourist promotion of this cave.

Zlača is located 12 kilometers from Banovići and offers complete pleasure for family or romantic vacations. Walking, enjoying various sports, are some of the activities that will entertain you on Zlača. Nature lovers and hikers will be delighted with Zobik, which is about five kilometers away from the hotel Zlača. The Zobik Mountain Lodge has a capacity of 20 beds. Hotel Zlača is especially attractive for athletes’ high altitude preparations, for congresses and seminars, vacations and every type of recreation. The capacities of this beautiful facility are almost regularly occupied, which requires the expansion of capacity and enrichment of content. There is also a playground for children as well as walking routes within Zlače.

However, if you want to get something cheaper and not travel far, in the municipality of Banovići two sites can truly offer a great holiday. There is also “Etno avlija Mačkovac“ (ethno garden) which can truly boast the rich cultural and historical heritage of BiH. When you enter Etno avlija you will have the feeling that you have returned for at least a hundred years back. In the typical Bosnian surroundings, you will see the old Bosnian houses made of mud and twigs, water mills, shops and other accompanying objects just as they once looked.

Several thousand authentic old items used in the Bosnian household are also contributing to this atmosphere. Here you can taste traditional Bosnian dishes directly from the open fire and drink coffee in the antique tavern, and with the sound of water and the birds’ song one can wander of to ancient times.

OPINION: Dental tourism as a perspective