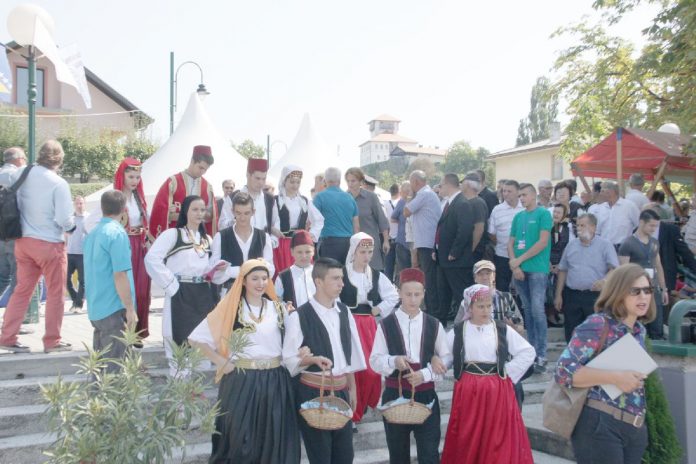 The Fair of Agriculture and Food Industry “Plum Fair” in Gradačac this year will be held from 23rd to 27th of August. This is the 44th economic event, and at the 4,500-meter open and closed fair space, more than 300 exhibitors from Bosnia and Herzegovina and abroad are expected to attend.

– Preparations are running pretty well and we are in contact with potential exhibitors every day – says Hašim Šabanović, director of the Fair.

The Fair in Gradačac will be attended by producers of seed and planting material, producers and processors of fruits and vegetables, meat and meat products, tools and mechanization, domestic animals, and many others. A series of consultations and roundtables will be held to discuss the latest scientific achievements and the application of new technologies in the field of food production and processing.

A novelty is the Second Congress on beekeeping and bee products with international participation where more than 50 scientific papers will be presented.

The project “Put šljive” (Plum Path) is expected to be presented to the public. Organized by the Faculty of Agriculture and Food Science in Sarajevo, the quality of the exhibited products will be evaluated, and the best ones will be awarded with fair medals.

This year, at the “Krušik“ Agricultural Farm in Skugrić Donji, an expert-scientific conference will be held, and it will be attended by professors from the Faculty of Agriculture from Sarajevo, Banja Luka, and Belgrade. For the best-rated rakija and hard drinks, large “Krušik” medals will be presented.

The “Plum Fair” in Gradačac is one of the oldest specialized international fair events in Bosnia and Herzegovina, and it all started back in 1969. At that time, Gradačac was already recognizable as a fruitful region in which plum grew in particular. In the exceptionally generous years, instead of satisfaction, it brought headaches to manufacturers because the placing on the market was difficult.

Soon, the local authorities agreed to organize a fair where a discussion on production of plums would be discussed in the manner of scientific meetings, as well as economic meetings where placement would be discussed, which resulted in the fact that producers immediately found purchasers and decided to continue the tradition of gathering businessmen for 44 years.