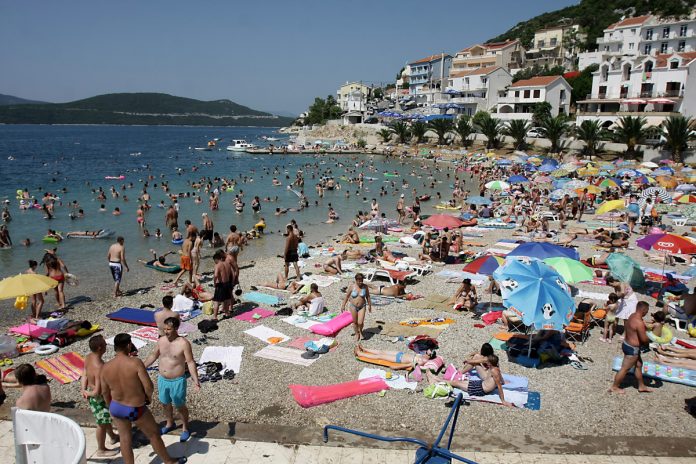 Neum, the only BH city on the Adriatic coast, after a very successful last year’s tourist season, this summer is ready to welcome the arrival of a large number of tourists from all parts of Bosnia and Herzegovina and the world. In Neum, they believe that the upcoming season could be very successful, and if things that cannot be objectively influenced coincide, even more successful than the last one. Tourist workers – both hoteliers and private renters are already pleasantly rubbing their hands.

From year to year Neum hosts guests from Slovenia, Austria, Germany, Poland, France, Japan, China, Korea and other countries, but half of visitors in the peak of the tourist season are guests from Bosnia and Herzegovina.

– At present, hotel accommodation capacities are 90% filled, and private ones are slowly filling. When the peak of the season starts, full private accommodation capacities are also expected. We have a very good booking, the occupancy is higher today than this time last year, and this is a positive signal and encouragement before the beginning of the summer season. And that’s why we expect a better season than last year – says Ankica Bogdanović, Head of the Tourist Office Neum.

This city has more than 20,000 beds in hotels of high category, resorts and private accommodation, where conditions are provided for a pleasant stay throughout the year.

-There are more and more guests that stay longer than one night, which is a great success. Slovenians, French, Poles often stay more than seven days – Bogdanović says.

She adds that much has been done in order to decorate the city, clean the sea and the coast, to fill the beach, and to pave it.

Thus, in this tourist season, Neum flew aesthetically richer for the new promenade in Tiha Luka, while hoteliers put emphasis on access to facilities, also on parking, and to a large extent on the accommodation itself.

It is important to mention that the first guests arrive to Neum in March. Until the beginning of the bathing season, the congress tourism is also topical, which is also quite represented, including symposia and conferences, some of which have already become a tradition. The number of guests is increasing from year to year, and in Neum Municipality they hope that this trend will continue in the following years.