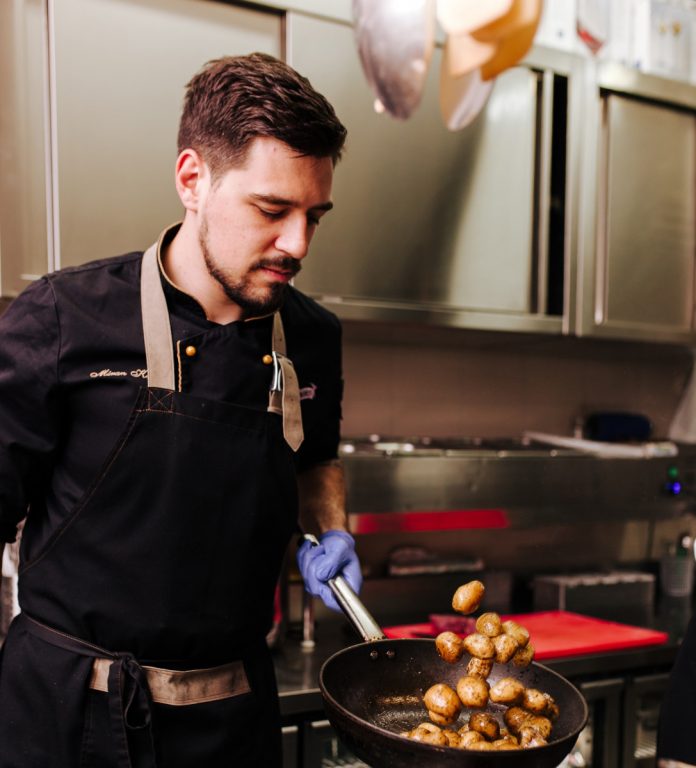 Miran Karić has been on the local culinary scene for several years, and his every TV show attracts attention of the audience. His culinary adventure began a few years ago when he came out as a winner of Hayat’s Super Recipe/Super recept competition, which was his visa for engagement in other shows, the last of which was The Homemade Kitchen/Domaća kuhinja.

He says he is aware of responsibility he has been building for years by cooking in front of his customers. He is now going one-step further and cook in front of millions of viewers. Over the last four years, he has made over 1,000 different dishes. He enjoys his job, he’s doing it with love, and he chooses places and restaurants where he cooks. The goal of the young chef’s life is, as he says, Michelin star!

Miran comes from Zenica, and as a ten-year-old, he started to get around the kitchen and prepare meals with mother’s support. As his parents were very busy, he began to cook some simple meals for his three-year-old sister Melisa and himself. His other love is called music; he was educated and prepared to be a cello player, but at the end of the Middle Music School, he “escaped” the cello and devoted himself to cooking.

The first professional touch with basics of cooking he learned from our famous chef Nihad Mameledžija, at the restaurant Nostra cucina. 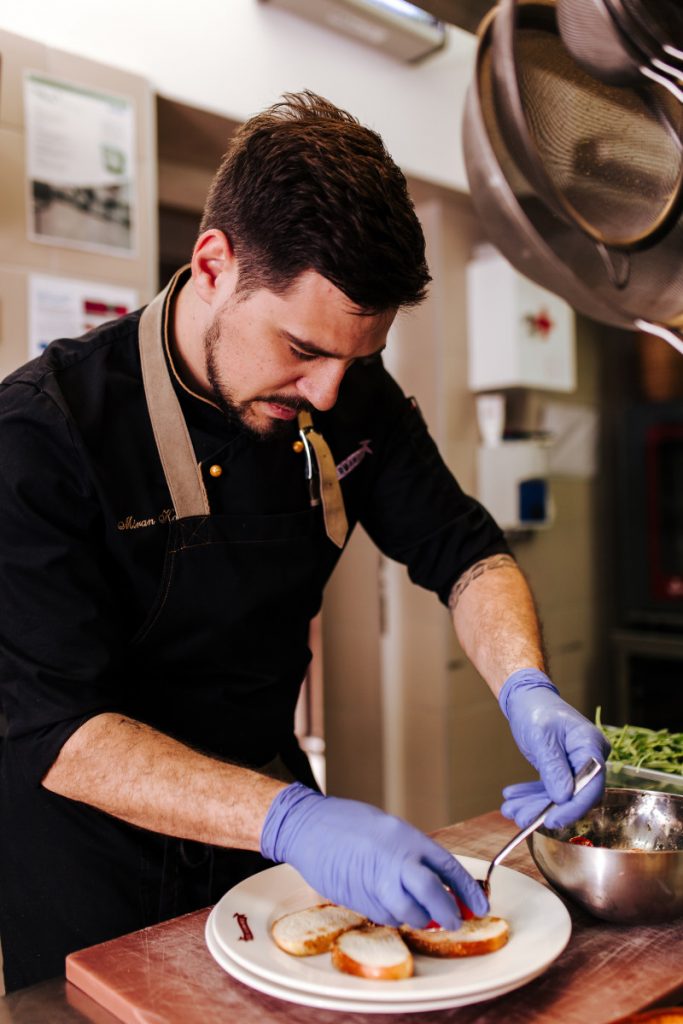 -I learned the organization of work in the kitchen from him, which is the most important thing in the culinary arts. Work in the kitchen is quick, heavy, stressful, and at Nihad’s kitchen I met for the first time with huge heat. I learned to work under such a pressure and restaurant system of work, the principles of preparation and making the diches – he explains.

His special offer consists of specially seasoned meat with dry aging technique, such as the Dry Age Chef’s stake specialty, and this is the main recommendation for all red meat lovers. Its intense flavor is achieved by controlled dehydration of meat for up to 60 days at a temperature of 1 to 2 degrees, with a humidity of 85-90 percent and constant rotation of air, thus preserving all nutritional properties.

A self-taught chef and an educated musician believes that modern kitchens must have dry aging chambers, and the accent is on the dishes with a wet aging technique that is usually applied in preparation of beef and rumpsteak in order to achieve special softness. He is aware that he has become popular; people are stopping him in the streets of the city, writing and asking, but also offering recipes.

Karić’s role models are Nihad Mameledžija, Hamid Kurjaković, British culinary star Jamie Oliver … he is not vain and he knows people will appreciate him more if he shows some things while working, rather than give orders. He is seriously preparing for professional education and obtaining certificates abroad. He enjoys the support of parents and sister Melisa, who is almost a master of violin studies. He has privately created an oasis of happiness hidden from needless looks, and it consist of his wife Jasmina, a dental technician, and their one-year-old girl Arja. 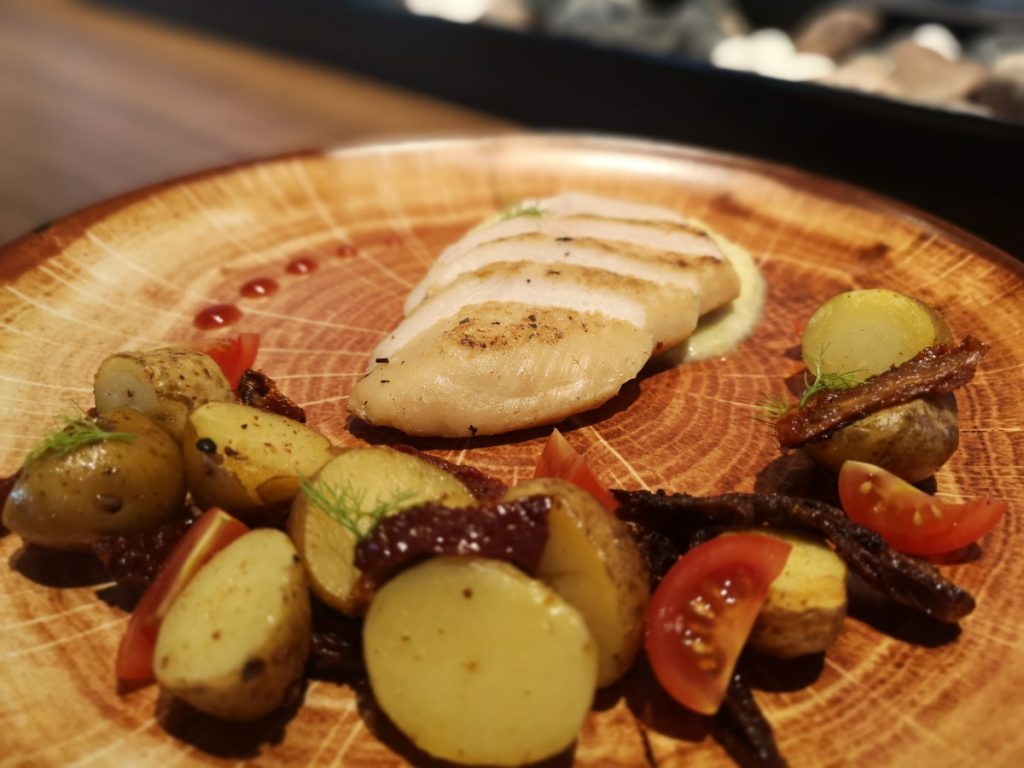 He has not yet came accros the dish he would not dare to make, and for meals that are more complex, he prepares himself longer and more seriously.

– I like to dedicate myself to seafood specialties and Mediterranean cuisine, but I do not run away from anything special. As he says, he gives traditional dishes a modern touch.

Like most chefs, at home, he eats what his wife prepares, but sometimes he helps her. He avoids telling who is a better chef – men or women; because he thinks there is only a division between good and poor chefs, and he looks forward to more and more men in culinary arts.

Can we meet expectations of tourists?