As a twenty-year-old boy, in the early 1970s, he set off to the world to seek his fortune. The journey took him first to Italy, then to Switzerland and France, where he learned secrets of culinary art from the best masters. The last destination was Germany, where he finished the culinary, and then the Faculty of Hotel Management.

In 1974, in Stuttgart, he met Ankica from Zagreb, who soon became his wife. They have opened a restaurant together and named it Sarajevo ’84, and after several years a hotel as well … Four years ago he returned to his birth city Sarajevo, together with his wife.

Today, Midhat Prcić works at the Club “My Face” where he delights gusests with specialties in which he mixes seemingly unmixable food, but the result is delicacy that resembles some artwork rather than the food you need to eat. 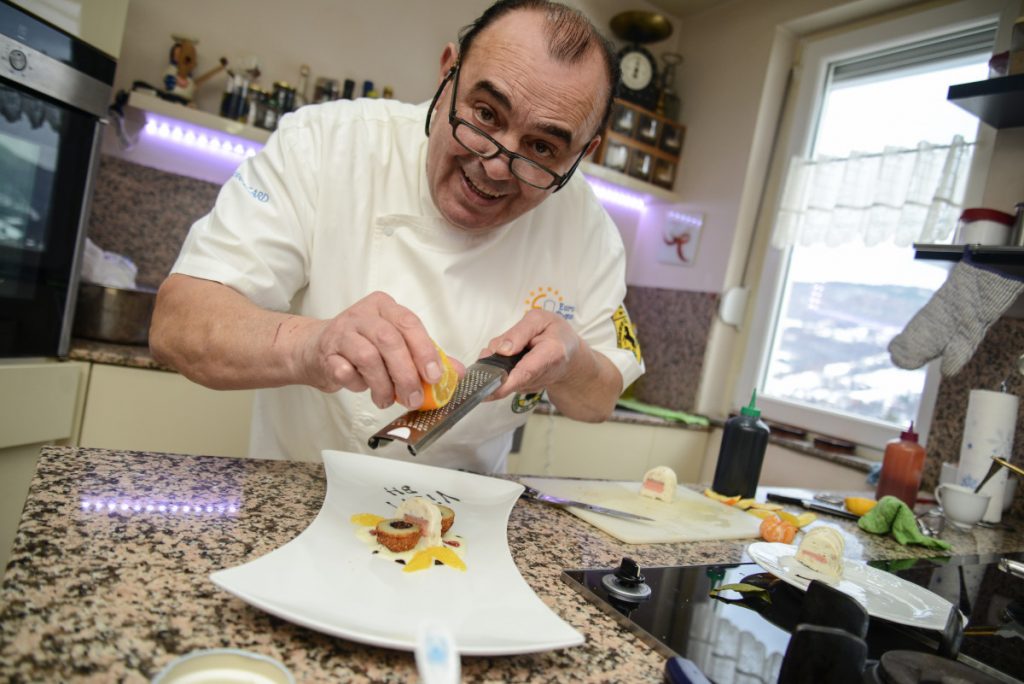 – The beginnings were hard. I copied other chefs, even in the supply of food. However, I had a great desire to learn, and I did it every day. After a while, the decision came from Switzerland – my restaurant got its first star. Soon after that, I threw out the kebabs, mixed meat, and everything that makes Balkan cuisine recognizable. I introduced other, sophisticated dishes. The result was that after a while I got a second star – Midhat begins his story.

Numerous rewards ended in the hands of Midhat Prcić. One of his favorites, he says, from 15 years ago, when he was placed in a group of 200 best chefs in Europe, and was awarded by the Union of European Chefs.

– Only those who prepare healthy meals can receive such recognition, which means dishes that do not contain glutamate, flavor enhancer, color and other chemicals. However, such acknowledgment a chef should protect throughout his entire working life, because overseas controls are regular and frequent, and if you move away from the set standards, recognition can easily be confiscated – he says.

He likes all the cuisines, and there are almost no national dishes that he did not prepare and try in his long career. Nevertheless, his favorite is French cousin, and he is mostly attracted by pedagogy, technique, design of preparations used in creation of dishes.

– The French are known for eating plenty of poultry, game, fish, and animal intestines. I like the fact that, apart from the taste of dishes, they devote a lot of attention to the way it looks. The guest first eats with eyes, then with mouth. That is something I learned from the old masters of cuisine and I still do it that way – Midhat points out. 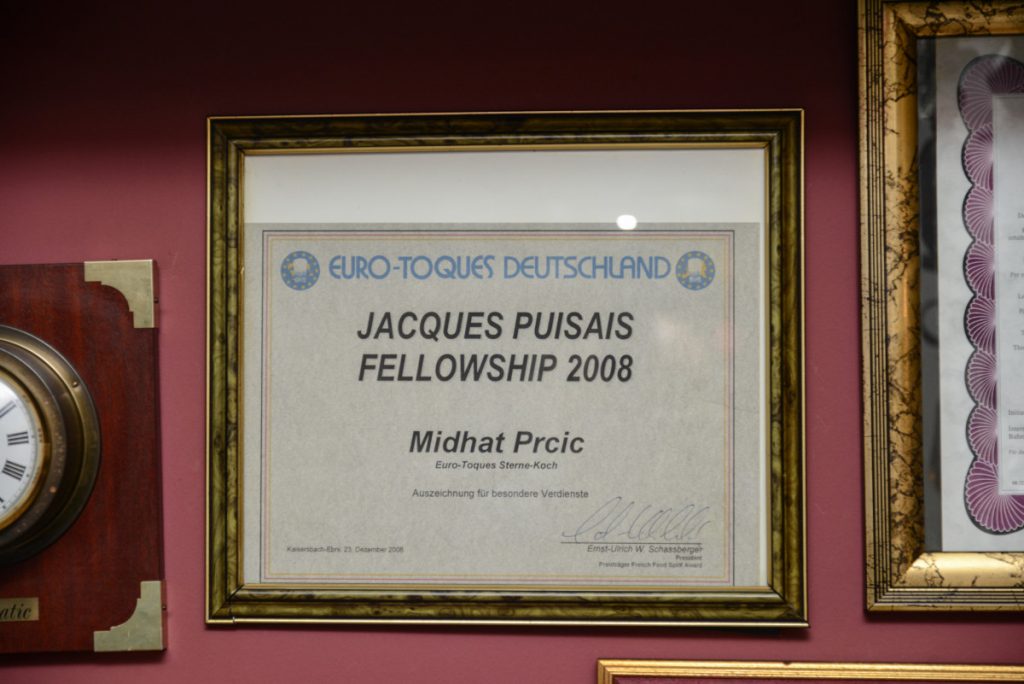 In his long careere, Midhat cooked for many celebrities in the world. Among them, there were even the presidents of the states, such as former French and US presidents François Mitterrand and George Bush Senior.

– I have hosted a number of celebrities from Bosnia and Herzegovina in the restaurant in Stuttgart; politicians, singers, actors … Halid Bešlić who is my good friend, Hanka Paldum, Dino Merlin, Abdulah Sidran … – he says.

Even today, at the end of his working life, he loves to teach younger colleagues, reveal secrets, and convey precious knowledge. Cookery is a craft, he says, if one wants to be at the top every day, he or she must learn, discover something new, absorb the knowledge that older and more experienced colleagues offer.

– It is easy to get the star if you try and have a goal, but it’s tough to keep it. You have to devote entirely to the smallest detail. In the real restaurants, where the best cook, you will never find pepper, oil, aceto balsamico on the table … If these stand on the table, it only says one thing – those dishes are no good. If a chef knows how to season it, put enough fat and lemon juice, it is excessive to bring extra spice to the guest. This is something that they have taught me, I accepted it and eventually succeeded – Prcić says.

Miralem Mešković, director of the Tourist Association of the Tuzla Canton:...