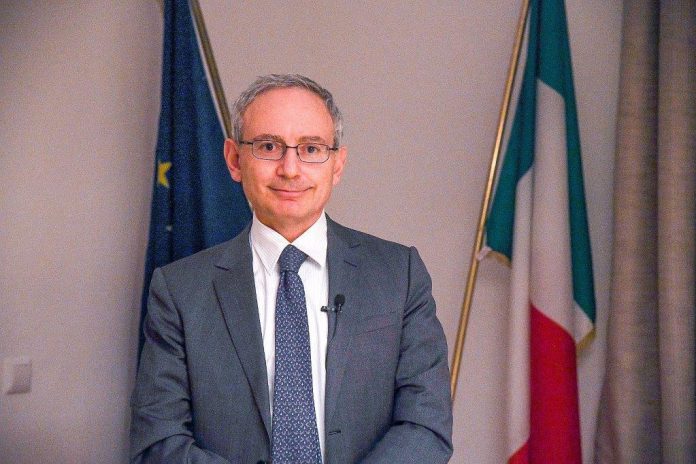 For a little over a year, Marco Di Ruzza has held the position of Italian ambassador in our country. He started his diplomatic career in 1997. His first jobs in the Farnesina were in the General Directorate for Economic Affairs, and then in the General Directorate for European Affairs. He was the first commercial secretary in Vienna, where he was confirmed as a commercial adviser in 2007.

Upon his arrival at the position of Ambassador of Italy in Bosnia and Herzegovina, he stated that “his commitment will be to occupy every space for strengthening bilateral relations, also supporting the European path of Bosnia and Herzegovina friends: Closer to Italy, closer to Europe”. In an interview for Visit BiH Magazine, Di Ruzza talked about to what extent he has been successful in this, and he also talked about the natural and cultural beauties of our country, as well as which places Italians like to visit in BiH. 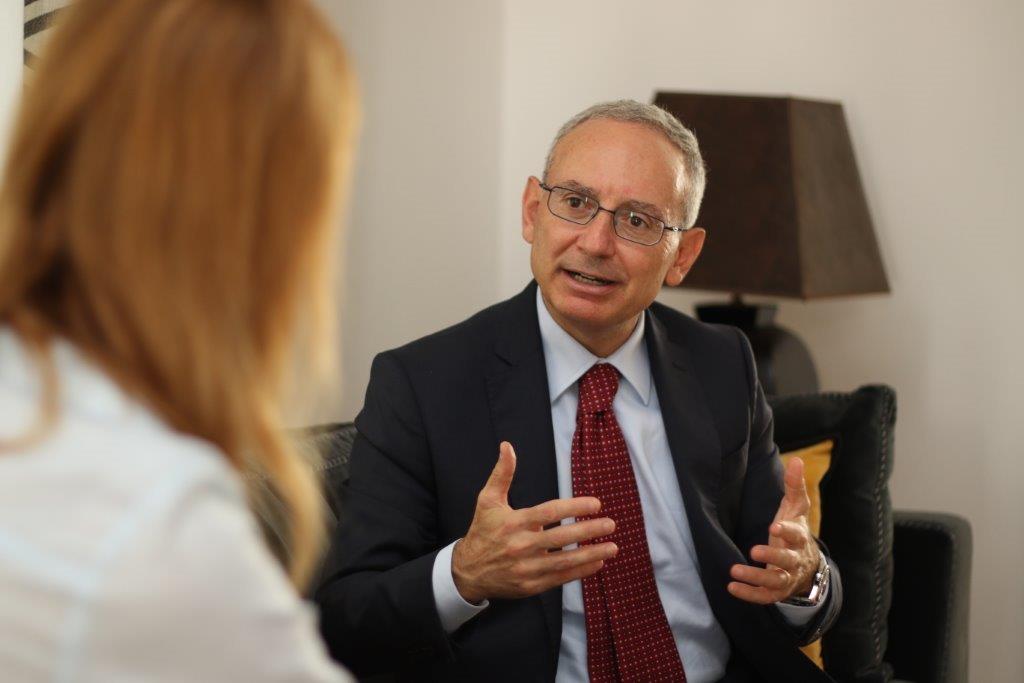 Can you tell us your impressions of BiH for the period you spent here?

-A little over a year ago, on 14 June 2021, I took the office. It was an extremely busy and active period. I saw the great potential that Bosnia and Herzegovina has in terms of natural resources, raw materials, human capital… The potential, unfortunately, has not been fully utilized. It’s a shame, because the country would certainly have the prerequisites to start on a good growth path and realize its aspirations to join the European Union. As for bilateral relations, I was able to immediately notice that Italy is surrounded by respect and affection, and that the two peoples share a great affinity – empathy. There is great admiration for Italian culture and “Made in Italy”, and the proof of this is the success of the public and media response that accompanies our festivals dedicated to Italian cinema, language, cuisine, design…

– I am not telling you this out of mere diplomatic courtesy. Bosnia and Herzegovina really has a wonderful, lush, incredible nature. Some places are so spectacular that they take your breath away. I travel a lot for business reasons, but I still have a lot to see. However, there are already many places that will remain in my memory forever, starting with the National Parks of Una and Sutjeska, and Blidinje. I also really like the areas of Mostar and Trebinje. My wife and children live in Rome and I convinced them to join me during August so that we could all go on a tour of Bosnia and Herzegovina together. We look forward to it.

Italy is a really beautiful country. Can you compare the natural beauty of your country and BiH?

– The scenic beauty, and therefore the importance of tourism, is certainly a factor that unites the two countries. The first difference that comes to mind concerns the arrangement of the coast. Bosnia and Herzegovina has 25 kilometres of coastline, Italy 8,300. Thus, in Italy, the sea and all related activities are obviously more important, both in absolute and relative terms, than in Bosnia and Herzegovina. For many Italians, vacations mostly mean the sea. 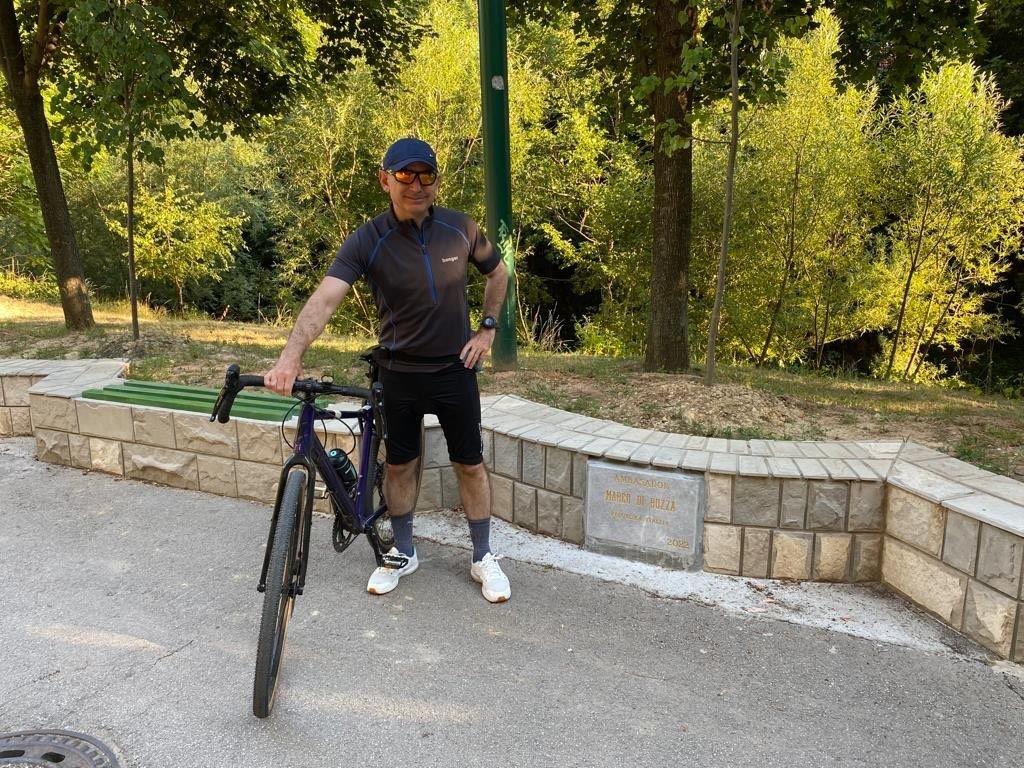 What do you think about the tourist potential of BiH and what are the chances for development of tourism in BiH?

– Natural resources imply that Bosnia and Herzegovina has an extraordinary tourism potential that could be further exploited. In order to take full advantage of this, it is necessary to invest in road infrastructure and hospitality, while respecting the criteria of ecological sustainability, in order to increase the attractiveness of Bosnia and Herzegovina as an international tourist destination. I think that should be one of the priority directions.

What is the interest of Italian tourists in visiting Bosnia and Herzegovina and which destinations do they most often visit?

– One of the most popular destinations is Herzegovina, not only because of its cultural and historical wealth, natural beauty and food and wine itineraries, but also for spiritual tourism directed to Međugorje. Numerous Italian citizens make pilgrimages to this shrine, and the flows are clearly increasing after the drastic stoppage caused by the pandemic. Sarajevo itself is clearly a destination of great fascination and interest due to the exceptional multicultural characteristics that history has endowed it with.

The Embassy of Italy implements numerous projects in Bosnia and Herzegovina. Which, in your opinion, are the most important ones and can we talk about their effects? Do you have new projects planned?

-In fact, Italy leads the way in this sector, where it allocates a significant percentage of its efforts for development cooperation. In partnership with UNDP for a long time, we have been promoting, and we are its first donor, the now well-known project “Via Dinarica”, through which we encourage sustainable forms of tourism for the quality improvement of the country’s natural beauty. We also launched the “Green Network” initiative, which brings together youth activist groups from all over Bosnia and Herzegovina to implement environmental protection and green transition actions. The new “Bridge” project, which we are also running with UNDP to connect young people from all over the country, will also have many applications in direct contact with nature. Within its framework, on July 15, we officially opened the Aventura Mladih camp in Vareš and other cities of Bosnia and Herzegovina. I would also like to mention the “NaturBosnaHerzegovina” program, in which the Italian non-governmental organization CISP is involved in the Sutjeska and Blidinje parks with numerous interesting projects, including the scientific research level. We are also studying possible cooperation with the Una National Park. This is a major operational and financial effort that would not have been possible without the valuable cooperation of AICS, the Italian Agency for Development Cooperation. 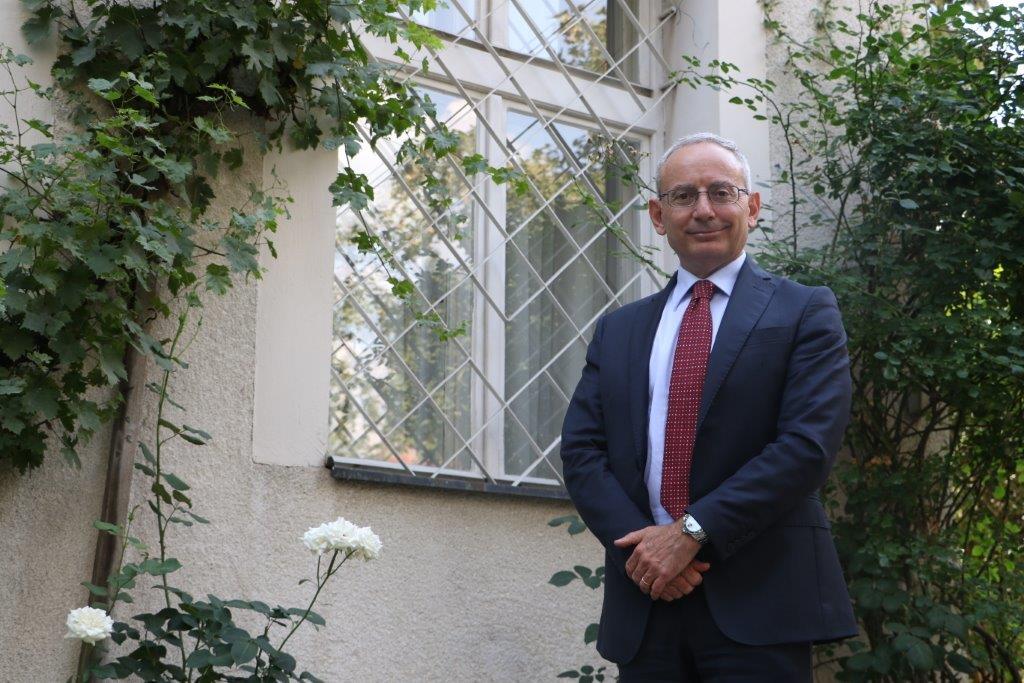 What is the interest of Italian investors in investing in Bosnia and Herzegovina?

– Bosnia and Herzegovina undoubtedly represents a favourable business environment for Italian investors. Relocating production to Bosnia and Herzegovina, in the near perspective that guides the choices of many Italian entrepreneurs today, has an advantage, due to a diverse mix of factors – geographical proximity, availability of natural resources and raw materials, monetary stability, skilled labor at low cost, tax and customs benefits, low energy costs, the affection of Italian technological know-how, as well as the quality and creativity of “Made in Italy” products. In addition, BiH is rich in industrial and free zones, including Trebinje, which offers tax and customs relief on imports and favorable rents for long-term land leases, and also has the advantage of proximity to major Croatian and Montenegrin ports.

Which branches of the economy are most interesting for Italian investors in Bosnia and Herzegovina?

In Bosnia and Herzegovina the market is operated by a huge and well-structured network of Italian companies that have flexibly integrated into a number of production sectors, especially the financial, metallurgical, chemical, textile, clothing and footwear, woodworking sectors… In the banking sector, Italian groups can boast of an established leading role where they hold about 30 per cent of the segment. In many cases, Italian companies have established roots in the territory by forming joint ventures with local companies. We recently launched a project to aggregate our companies in the field and their BiH companies. partner. The newly formed “Association of Italian Companies in Bosnia and Herzegovina”, after the recognition process was completed, presented to the public on May 11. Our Embassy supports this initiative, which aims to further increase the economic synergies between the two countries, and I am also the honorary president of the Association. I remind you that the trade relations between the two countries are also experiencing a phase of great vitality and dynamics, and in 2021 Italy became the first exporter in BiH with an export volume of around 1.3 billion euros.

Is there interest in Italy for BiH products and what information do you have about it?

– Definitely yes, and this interest of Italy in BiH products is also confirmed by the data for the first five months of 2022, according to which BiH exports to Italy, the fourth destination market, increased by 64.8 percent compared to the same period in 2021, while Bosnia and Herzegovina imports from Italy increased by 36.8 percent. Bilateral trade is therefore very intense and Italian interest in Bosnia and Herzegovina products mainly refers to the sectors that are the subject of Italian investments in the country – the textile sector, simple metals and derivatives, chemicals, machines and equipment, boilers and cars, wood, cork, straw and derivatives, natural resources that BiH is rich in.

We visited Vietnam: The exotic country of rich history and interesting people...