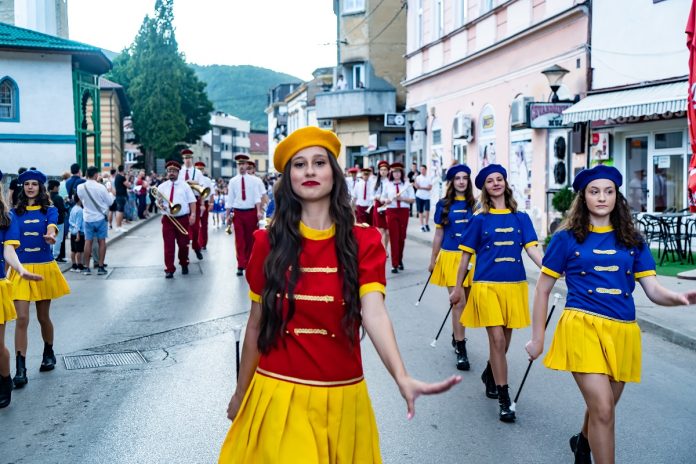 She was born in Jajce, but the war brought her to Travnik, where she grew up, was educated, and achieved her goals in both private and business terms. Maja Đurić is an assistant professor, PhD, mother, humanitarian, founder of the Dance Studio “Friends of Children Maya”, author of four books… And what not. At the beginning of the interview for Visit BiH Magazine, Maja said that she wanted to tell a story about dance, because, she tells us, it marked her entire life, but also a really beautiful anniversary, 25 years of the Dance Studio.

– The story starts 30 years ago. I was born in Jajce and that’s where I started practicing Latin American dance. In 1992, because of the war, I came to Travnik, where I continued dancing. After the war, my choreographer Selma Ćerimović gathered us in the Bosnian Cultural Center, today the Culture Center of Travnik Municipality, and we started dancing as a group of young girls. It was a way to express ourselves artistically and creatively, to escape from post-war trauma – says Maja.

According to her, after a few years Selma leaves Travnik, and she decides to continue that story. She was 17 years old and founded a dance school called “Friends of Children Maya”.

– Then, as now, I have a great need and desire to help children. At the same time, I also needed to continue my education. The story takes me to Germany, Holland, Italy, the United States of America. I wanted to learn as much as possible about dance. The concept of the dance school was a studio of modern dances, and we worked as part of the Culture Center of the Municipality of Travnik. There was also a theater, so we were a contemporary dance studio, that is, a dance theater. One of the few in BiH who tells stories through art. We are not of a competitive nature, but of a revue. We worked with the art of Meša Selimović, Ivo Andrić, Rusmir Agačević, various fairy tales… – she points out.

Along with their growing up, the school also grew, so in addition to Travnik, they also included children from Vitez, Novi Travnik, Bugojno… They went beyond the city limits and created a network in the region and the Central Bosnian Canton. They slowly joined people outside BiH and started project dance management.

-With the Dance Studio “Maya” we traveled almost all over Europe, and I would especially like to single out Germany, where we made a partnership and friendship with the Creative Center “Grunau” from Leipzig, which has been going on for 15 years. In 2023, the Dance Studio “Maya” celebrates 25 years of work, the partnership with the Creative Center “Grunau” has been going on for 15 years, and in 2023 they celebrate 30 years of existence. These are all numbers that are impressive for us and that we are proud of – emphasizes Maja.

How strong the friendship with the Creative Center “Grunau” is, is also shown by the fact that during the celebration of 20 years of existence and work of the Dance Studio “Maya” together with partners from Germany, they published the book “Dance Journey”.

-At the same time, we are publishing our book “20 years later” where we sublimate everything about the dance studio, i.e. who we are, how we started, what we have done, but also where our members are now. We could not include all the members, but we took the generation that went through the dance school from beginning to end. This means preschool and school age, then high school, and college. We had a problem gathering all the girls, because they are already formed personalities, many of whom do not live in Bosnia and Herzegovina. Nevertheless, we succeeded, and we held a gala ceremony. Now we are preparing to celebrate 25 years anniversary. In 2023, we will prepare another gala ceremony with friends from Germany. Part of the ceremony will be here, and the other part will be in Germany. We will publish a brochure, and a documentary about us is also being prepared… – she says.

Thousands of children, mostly girls, have passed through “Maya” Dance Studio. Many continued to dance and achieved successful results. One of them is Valentina Vavra, who is a member of the Dance Club “Aster” Sarajevo and is a world champion in a pair with the famous trainer Vedran Marceta.

– I am especially proud of the dance ball when the graduation ceremony is held in schools. We are preparing for it for half a year. We have a festive ball, majorettes, the Travnik Music Association that accompanies them, the Ćiro train… We parade through the city and hundreds, and hundreds of children participate. We also have great support from the Cantonal Government, the Municipality of Travnik and everyone we turn to. There is no cultural or sports event that our children do not magnify with their presence. Simply, we are the decoration of Travnik – he says proudly.

The coronavirus pandemic has brought problems for the whole world, the lockdown has also created numerous psychological problems for people. All this resulted in Maya’s new idea.

– I wanted to create a dance studio “Maya – Educational Center” that will deal with informal education of children and young people. We identified the most common problems such as mental health, peer, and cyber violence… We started bringing in experts from those fields who talked to children about it. What is interesting is that most of the lecturers were our members who are now masters, professors, experts in their professions. After that, organizations from North Macedonia, Germany, Italy came forward… We started cooperation and in the last two years we had many lectures and professional seminars for young people, as well as their parents – she tells us.

As “Maya” Dance Studio grew, it was necessary to get more serious about running the organization. All this led to a doctorate in science.

– I entered this story young and knew nothing about business. Then I said to myself, I’m going to enroll in the Faculty of Economics, and after that, a master’s degree in business management and marketing. Since I liked to study, professors noticed me and at the University I first became a demonstrator, an assistant, and then a senior assistant. At the same time, I lead the non-governmental sector and study project management, which leads me to enroll in a doctorate, and obtain the title of Doctor of Science in management in education. Today I successfully teach and help young people. I am also involved in numerous European Union projects in the field of education in Bosnia and Herzegovina, I have published three books, one of which is specifically related to higher education in Bosnia and Herzegovina, and a fourth is being prepared – she says.

Despite this much work and numerous obligations, Maja also finds free time when, as she says, she escapes from everything.

– Nature has always been something that represents my second life. Pilates, yoga, aero therapy especially fulfill me. I’m a big individualist, I like to get away from everything and rest. I am extremely active in that field and every other day I am in nature, on the mountain… I also practice aero therapy, which I try to pass on to young people. Nature renews us, and the mountain reminds us how grateful and humble we should be – Maja points out. 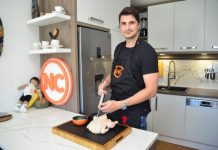