Krisztián Pósa is a newly appointed Ambassador of Hungary to Bosnia and Herzegovina. He took over this duty at the beginning of September this year, and after more than 60 days spent in Sarajevo, he gave his first interview to Visit B&H Magazine. We talked in the pleasant ambience of his office, and besides the cordial welcome he prepared for us; we were surprised by his perfect knowledge of the Bosnian language.

-My parents are originally from Vojvodina and I learned my first words of your language from them – he explained.

You have recently been appointed ambassador to our country. How much did you know about BiH before you came?

-When knowledge is concerned, a person can never be completely satisfied, so the answer to your question is: I knew something about Bosnia and Herzegovina, but maybe insufficiently. I was fortunate because I completed my studies in Debrecin in the History Department, and a few years later I graduated from Political Science and at one point I had been teaching at the faculty, the History of the South Slav Nations (modern age). Moreover, I came to BiH after being an ambassador of Hungary in Podgorica for almost five years. Before being appointed an ambassador, I acted as a director for the Western Balkans in the Ministry of Foreign Affairs. I read a lot about Bosnia and Herzegovina, I have been several times in your beautiful country, but I would not have the courage to say that I know BiH. I hope that by the end of my mandate, I will be much more confident about your issue. Having the opportunity to spend part of my life in Sarajevo, in one of the cultural centers of the Balkans, of course made me very happy. 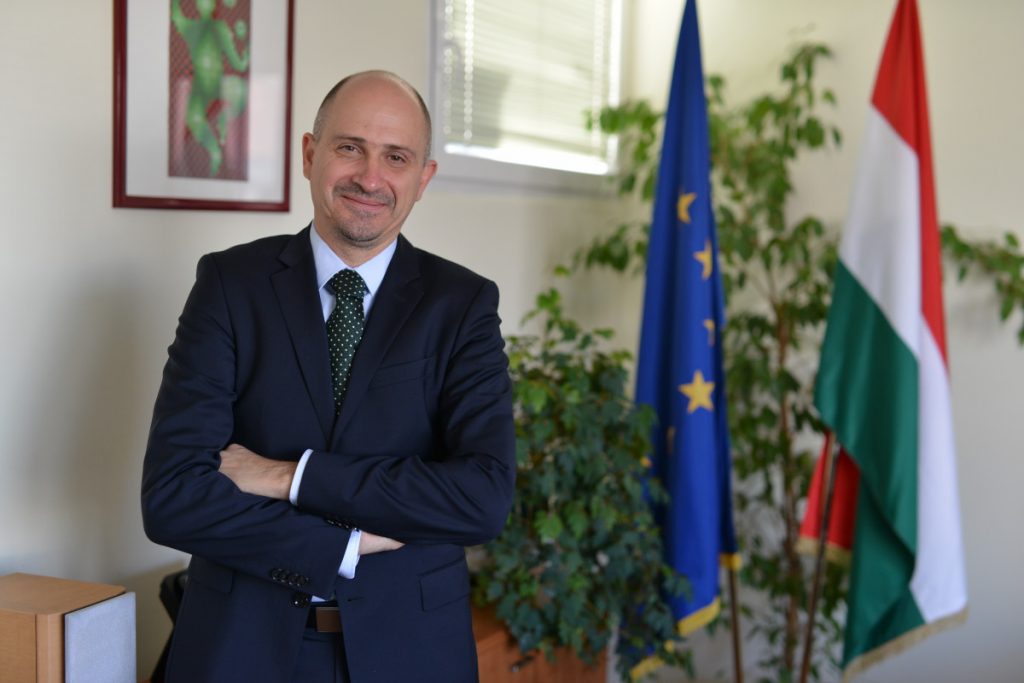 What will be the focus of your work at this time?

– Hungary’s foreign policy is extremely focused on the Western Balkans, this region is directly located in our neighborhood and because of that our relations are very active, intensive in the political and economic fields. Our trade balance with these countries is constantly increasing, and Hungarian investments are growing. MOL – Oil Industry of Hungary, OPT Group and Wizz Air are well-known brands in the region – perhaps even wider. In addition to classical diplomacy, my activities will focus on deepening our trade relations, seeking investment opportunities for Hungarian firms. Moreover, great emphasis will be placed on promoting the Hungarian culture in Bosnia and Herzegovina through which I would like the citizens of your country to get to know Hungary and Hungarians more and better. Besides culture, we will work a lot on strengthening links in education and sports.

The Council of Ministers of BiH and the Government of Hungary last year signed the Agreement on Cooperation in the field of tourism. What is the real interest of Hungarian tourists for BiH?

-Interest exists in both sides. I think that better familiarizing of our citizens directly leads to better inter-state relations. Establishing good relations between politicians is very important, but I think it is also important that citizens get to know each other. This was our goal, and I do not doubt that BiH officials, with whom we signed the Agreement, have thought the same way. For this very reason, we launched the direct line of Wizz Air on the route between Budapest and Sarajevo. Hungarian airline MALEV worked more on this line but was abolished, and after a long break, last year it re-established itself with Wizz Air. Wizz Air, as a company with Hungarian background, has been operating very attractively and of course successfuly, not only in BiH, but in the entire Western Balkans. I think this year; Wizz Air from Tuzla is flying to six countries, in 15 destinations. They work very well and are satisfied with their cooperation. It is important to emphasize that re-establishment of the route between Budapest and Sarajevo has significantly increased the number of tourists in both cities, which shows that there is great interest. Hungarian tourists are most interested in the cultural heritage of your country, history, where we have many touch points. The Hungarians perceive BiH as an honorary neighbor because only 100 kilometers divides us.

The support of the Hungarian government for the airline Sarajevo-Budapest was extended, which is a big thing for both countries. How much will this help economic cooperation between Hungary and BiH?

-This flight does not only promotes tourism, it also provides the opportunity to business subjects for easier meeting. Therefore, this flight directly contributes to the strengthening of economic cooperation between our countries. We have two flights a week, on Mondays and Fridays. The flight that arrives on Monday is originally intended for business people. It gives them the opportunity to spend business days in BiH and do business with local partners, possibly finding new ones, and thus boosting economic performance. We will work to see more business people visit BiH and find opportunities for future cooperation. 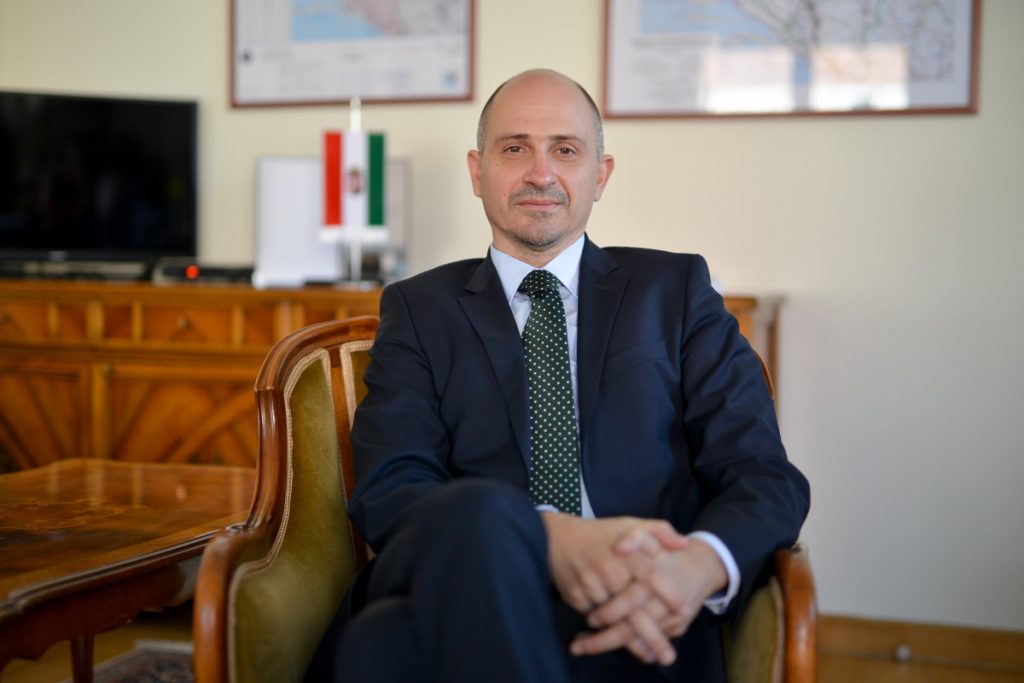 What is the foreign trade between BiH and Hungary? Is there room for its improvement?

Our foreign, bilateral and trade relations are good. They grow slowly, but constantly, every year. I think that this year will reach the level of about half a billion euros, which is a nice result, but there is still a possibility for further improvement of our economic relations and we are constantly working on it. If we look from a political point of view, as politics is closely related to the economy, our primary goal is to show that it is worth cooperating with the Hungarians.

What is the presence of Hungarian companies in BiH, and can we expect new investors, that is, which sectors in BiH are most interesting to Hungarian businessmen?

What is very important to know is that Hungary, as I have already mentioned, has a lot of large investments in the region, and it is quite an important investor in some countries in the region. Unfortunately, Bosnia and Herzegovina is not yet among these countries, but I am convinced that we will have significant success in this field. Our economy has opportunities to invest in the region, initially since we are intensively developing since 2010. In the last two or three years, we have an annual GDP growth of around 4 percent, and this year it will be between 4.3 percent and 4.7 percent. Hungary focuses on sectors that are initially linked to banking, information technology, digitization, agriculture, tourism and car industry. Hungary has become one of the centers in the European Union for production of cars in the last few years. Audi, Suzuki, Mercedes and many car parts are produced in Hungary. In the last few years, in the field of car production, the focus has been on digitization, the search for new methods related to electric cars, and autonomous cars. We will try to find partners in these sectors in order to establish long-term cooperation. For this reason, we are looking for adequate partners to move the story to the field of action.

Have you already had the opportunity to visit some BH cities and what did you especially like?

-If we consider Sarajevo where I’m living currently, there’s not much to say. Walking along the Miljacka River you see the whole history of BiH. The old part of the city, the new part of the city and even more recent part of the city. The City Hall itself shows what was Bosnia and Herzegovina and what it is today. Unfortunately, I have not yet had the opportunity to visit all of BiH, but I have already visited the south, and beautiful Mostar, and Banja Luka, where friendly people just like in Sarajevo welcomed me.

Traditional Bosnian cuisine is significantly different from Hungarian, although the two countries are very close. Have you already tasted some Bosnian specialties and how do you like it?

-When it comes to Bosnian cousin, my favorite dish is Bosnian pot. Probably because, in Hungarian cuisine, ingredients such as peppers, onion and garlic are very important, and given that all this can be found in the Bosnian pot, we get something that is common between the two cousins. I love the cheese and meat pie, baklava, but in a different way, I love baklava with sour cherries, because then we get a combination of classic sweetness and the acidity that cherries give.