He was only 14 when he signed his first professional contract. The beginnings of basketball career bind him to Slovenia, then he went to Croatia, and today he is the star of the NBA league and performs in the Portland Trail Blazers jersey.

– I remember when I started; it was very difficult to separate from my family. To leave home so young and be in another system, another country, a different culture, it was very challenging. However, when something new starts, you must always be aware that you will start from scratch. It’s hardest to get used to a new lifestyle, but those ten years quickly passed and generally, I only have nice memories from that period – says Nurkić at the beginning of our conversation.

Due to obligations he has in the NBA, he does not come to Bosnia and Herzegovina as often as he wants. He maintains contact with family and friends via Skype and other Internet applications, but due to different time zones, it is not always easy.

– People who know me, who are close and important to me, know what my program looks like and that it requires a lot of understanding and consideration. Generally, I’m trying to be in Bosnia every summer for a month or two … I would recommend to everyone to come and see Bosnia and Herzegovina. It’s hard to explain it to people until they come here and se Bosnia. Everything looks beautiful in the photos, but for strangers, for example, often the problem is bad roads, the lack of airline connections … However, all my friends from the United States are thrilled with the places I showed them here and there have already been several of them who will certainly come back to Bosnia and Herzegovina – says basketball player.

Nurkić is a war child – he was born in August 1994, while war in Bosnia was widespread. Although he was too young to remember something from that time, in an interview he admitted that he is often crying when he comes to his country, because he has the feeling that people are “stuck” somewhere and that nothing changes.

– When I said that, I was thinking more about the whole road I crossed from the small village Svojat in which I was born, to America, where I am today. I think that I was still a kid when I left, and I made so much that a small number of people could say that he/she did. Moreover, Bosnia always the same … We all know how it was 23 years ago and what was happening, there is no need to mention who is to blame and why it is so. Nevertheless, I definitely think that Bosnia and Herzegovina today is in one ascending direction – you can see everywhere that something is being built, there are new objects constantly, new companies are coming in and that’s good. Unfortunately, on the other hand, youth, doctors, educators and many others leave the country, and this is what is negative – says Nurkić.

This is exactly illustrated by his story – he had to seek sports happiness abroad, among other things because of inadequate conditions for professional development in Bosnia and Herzegovina. We asked him why our country so easily gives up its talents, not only in sports, but in other areas? 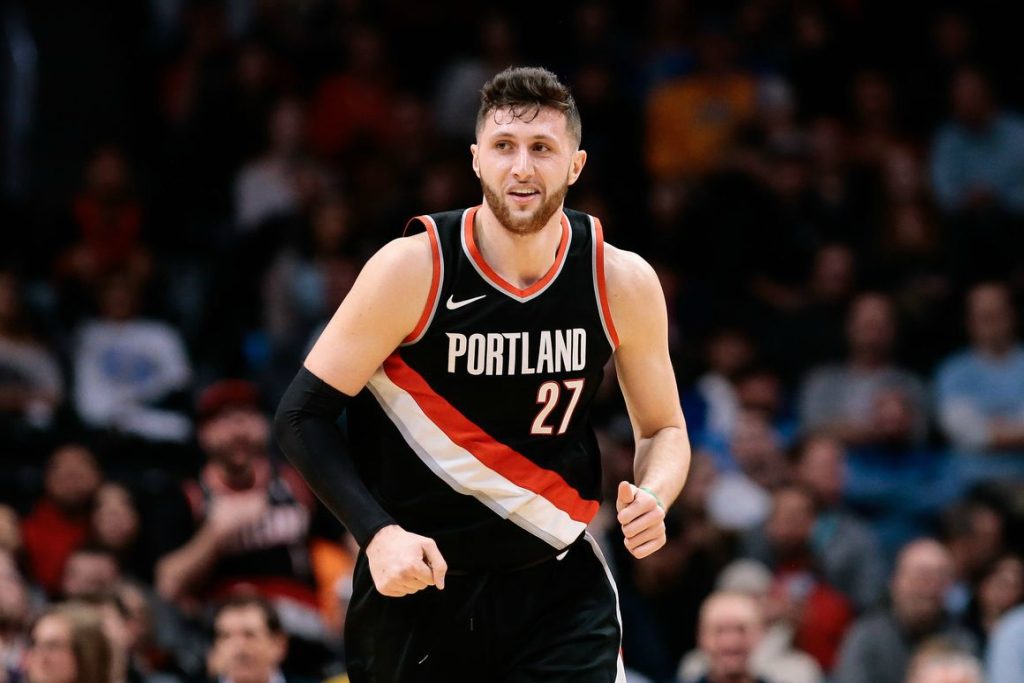 – Well here, you see, we basketball players were placed at the Holiday Hotel at Marijin Dvor during the gathering of the national team. From there to Skenderija you have less than five minutes drive, and in that ride you see a million of some people watching you from election posters, people who may not be competent at all to be in those positions for which they are running, but everyone wantsto be in politics. In addition, I have not seen any motivational messages on these billboards, for example, for children, for young people, but only advertising themselves. Unfortunately, the system has been made in such a way long ago and we cannot control it, we can only vote for someone else or try with someone else … But in general, our people have to decide in which direction this country should go – says Jusuf and adds that he will vote in the General Elections in October, for the first time.

In the end, we asked him what he considers to be his greatest professional as well as his lifelong success so far.

– All I’ve achieved – he says it immediately.

– My life story is full of everythig and in some future period, in three to five years, I plan to write a book about it. I am proud of everything I have done for myself, for my family, but for the whole Bosnia and Herzegovina as well, whose ambassador I am in the world. And I think I am a good ambassador – concluded Nurkić.

To be a part of this folklore ensemble is prestige: “Seljo” has...

Sunny October was an inspiration to many: Magical autumn scenes on...