– Despite complex political and institutional arrangements, or perhaps because of this, my stay is very interesting on a professional level, and everyday life here only confirms the positive image I had about this country. Like many, I am sensitive to all the tourist charms, especially to the kindness and accessibility of people – says Ambassador Rousson in an interview for the Visit B&H Magazine.

Considering the nature of your work, I believe you travel a lot around Bosnia and Herzegovina. What impressed you most and what are the natural beauties in BiH that remained in your memory?

– Luckily, I had the opportunity to visit many places in Bosnia and Herzegovina, by car or on a motorcycle. I was especially impressed by Počitelj, as well as Trebinje and its region. I very much like surroundings of Sarajevo with mountains, Jahorina, Igman, Bjelašnica. In general, as well many of my colleagues, I am impressed with the beautiful landscapes of Bosnia and Herzegovina. I have a lot more places to discover. The coasts of Neum and Una-Sana Canton are some of the places I plan to visit. 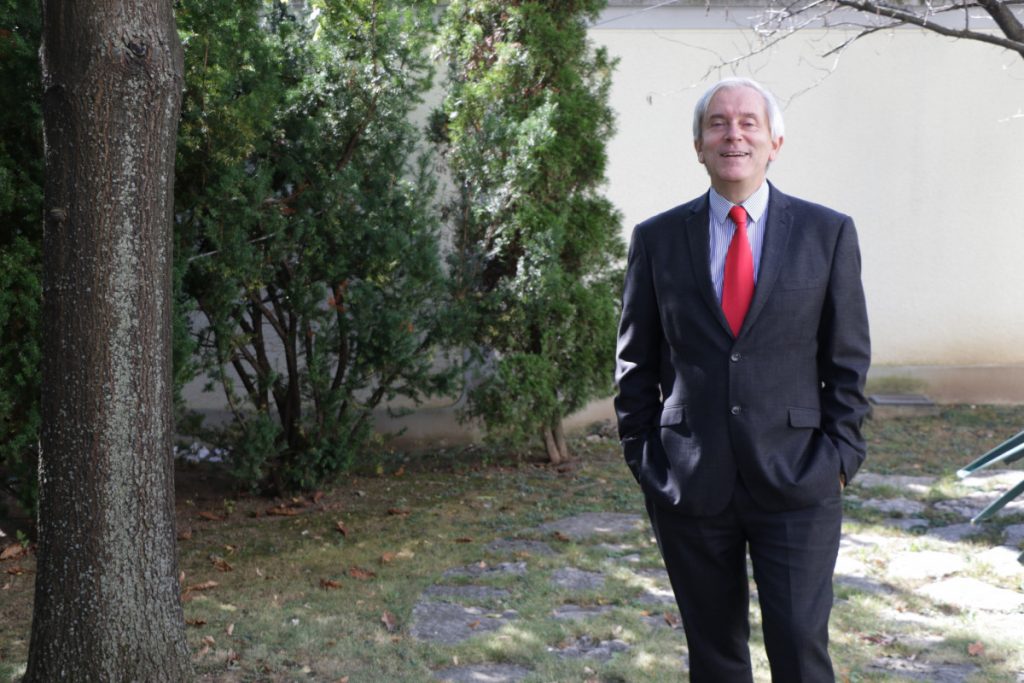 France is truly a beautiful country. Can you make a comparison of the natural beauty of your country and BiH?

– I can only confirm the fact that France is a very beautiful country. France and Bosnia and Herzegovina offer great diversity, the plains, mountains, paths, cliffs and magnificent views are changing. This diversity, with the feeling of enjoying life, is what we share in common.

What do you think about BiH tourism potentials? In your opinion, what is the chance to develop tourism in BiH and how much can we learn from France in this regard, considering that tourism in your country is extremely developed.

– In Bosnia and Herzegovina, tourism is in full development. The land has many natural and magnificent spaces with enormous potential for development. The current tendency of Europeans to spend their holidays in Europe can contribute to boosting tourism in Bosnia and Herzegovina. Our large companies, but also municipalities have developed expertise in the field. A few French tourist cities have founded the “Excellent Cities and Places“ Association, which are ready to help cities and villages in Bosnia and Herzegovina to highlight their natural and cultural heritage. Thus, we have made an interesting contact with the National Park Sutjeska, Jajce and Vareš. French Embassy supports plans for agrotourism in Živinice, in cooperation with the French associations.

If we want to develop tourism for the French and speakers of French, it is important that there are people who speak French in the tourism sector. English is not always enough. The French Institute in Bosnia and Herzegovina, based in Sarajevo, Banja Luka and Mostar, offers courses that can enable employees in this sector to develop their skills.

France, among other things, is known for the production of cheese and wine. In Bosnia and Herzegovina, there are also more and more wine and cheese producers and we have our indigenous varieties. Have you tried wine and cheese from BiH? What is your grade?

-Of course, I had the opportunity to taste local specialties and I was very pleasantly surprised. Wines, cheeses, cured meat products, sweets … Bosnia and Herzegovina has excellent products that deserve to be more famous. I also discovered a great variety of wines and cheeses, but the wine Tvrdoš and Livanjski sir especially delighted me.

French cuisine is one of the best in the world. On the other hand, the Bosnians and Herzegovians are proud of their traditional cuisine. Do you like Bosnian cuisine and are you already used to it?

-I like Bosnian cuisine where meat is often cooked. Still, what attracts me most in Bosnian gastronomy is perhaps a less familiar aspect – vegetables and its preparation. This cuisine is very diverse, aesthetic and I will surely take a number of recipes in France. 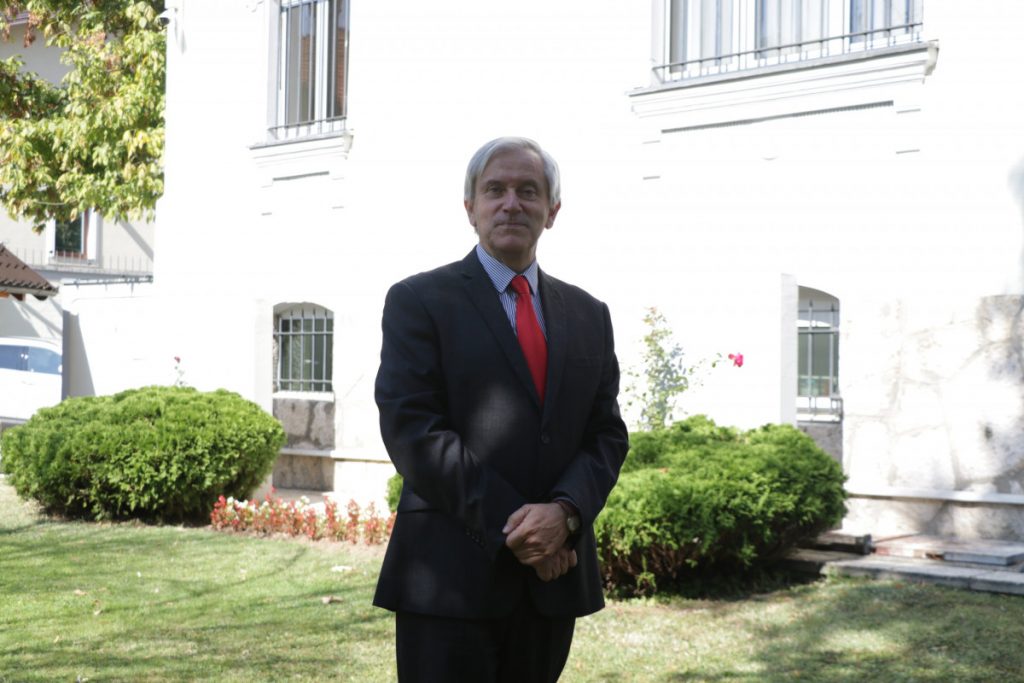 France implements numerous projects in BiH, and financially supports all sectors of society. Can you tell us which projects you are focusing on and what is what you will support in the future?

-In the field of culture, we are extremely proud that we are partners of the National Museum of Bosnia and Herzegovina. Since last year, we have implemented two projects. The first was the renovation of the premises for the Sarajevo Haggadah. Thanks to financing from France, Haggadah is better protected, more protected, which allows the National Museum of BiH to offer it twice a week to the public. Earlier it was possible to look only three or four times a year. Our second project is the cooperation of the National Museum with the Louvre Museum, in the area of ​​collections and depots management. We also have active university cooperation. Every year, we are offering scholarships to excellent Bosnian students who will do a master or doctorate in France. In November, we will also organize a French Universities Fair in Sarajevo to inform those interested in studying in France. France also provides support and security. Our cooperation in this area is very effective and has already enabled breaking up of criminal networks. Now France and Germany are particularly engaged in the fight against illicit trade in small-arms caliber in the Western Balkans. Finally, we especially care to share French language and culture. The French Institute in Bosnia and Herzegovina, based in Sarajevo, Banja Luka and Mostar, has a number of cultural activities for children and adults, and offers French courses for nearly 500 students of all ages and levels. The Embassy, ​​together with the French Institute, partnered with the Chair of French at the Sarajevo University and the University of Banja Luka, the University of Mostar and schools such as the International French College (CIFS), Gymnasium in Mostar and the Grammar School in Sarajevo, which recently opened the Francophone bilingual class.

The level of investment and foreign trade between BiH and France is not at a satisfactory level. Can we expect greater economic cooperation in the coming period?

-We can say that amount of 220 million euros per year of bilateral trade is really not satisfactory. However, it also grows in some areas better than in others. This is especially the case in tourism. A group like Accor has strongly increased its presence in Bosnia and Herzegovina in recent years. Recently, one Swissotel has been opened, and two other renowned Accor hotels have been built or purchased in the last few years – Tarčin Forest Resort & Spa MGallery and Novotel Bristol.

– Numerous French investors are interested in Bosnia and Herzegovina, but are afraid of the lack of rule of law in the areas of trade and investment. Therefore, Bosnia needs to implement reforms supported by the European Union. The stronger the rule of law, the more investors will be.

-Do you want to send a message to the citizens of BiH?

Bosnia and Herzegovina has a strong potential and, despite everyday difficulties that you encounter, I think it is a country that deserves a beautiful future.

Underground adventure in the Vjetrenica Cave

Donkey Farm of family Džindo from Vlasenica: Milk is extremely healing, a...